Carvana hits a pothole as its shares tumble 90% and layoffs hit. Here’s what the future could hold for the online used car dealer 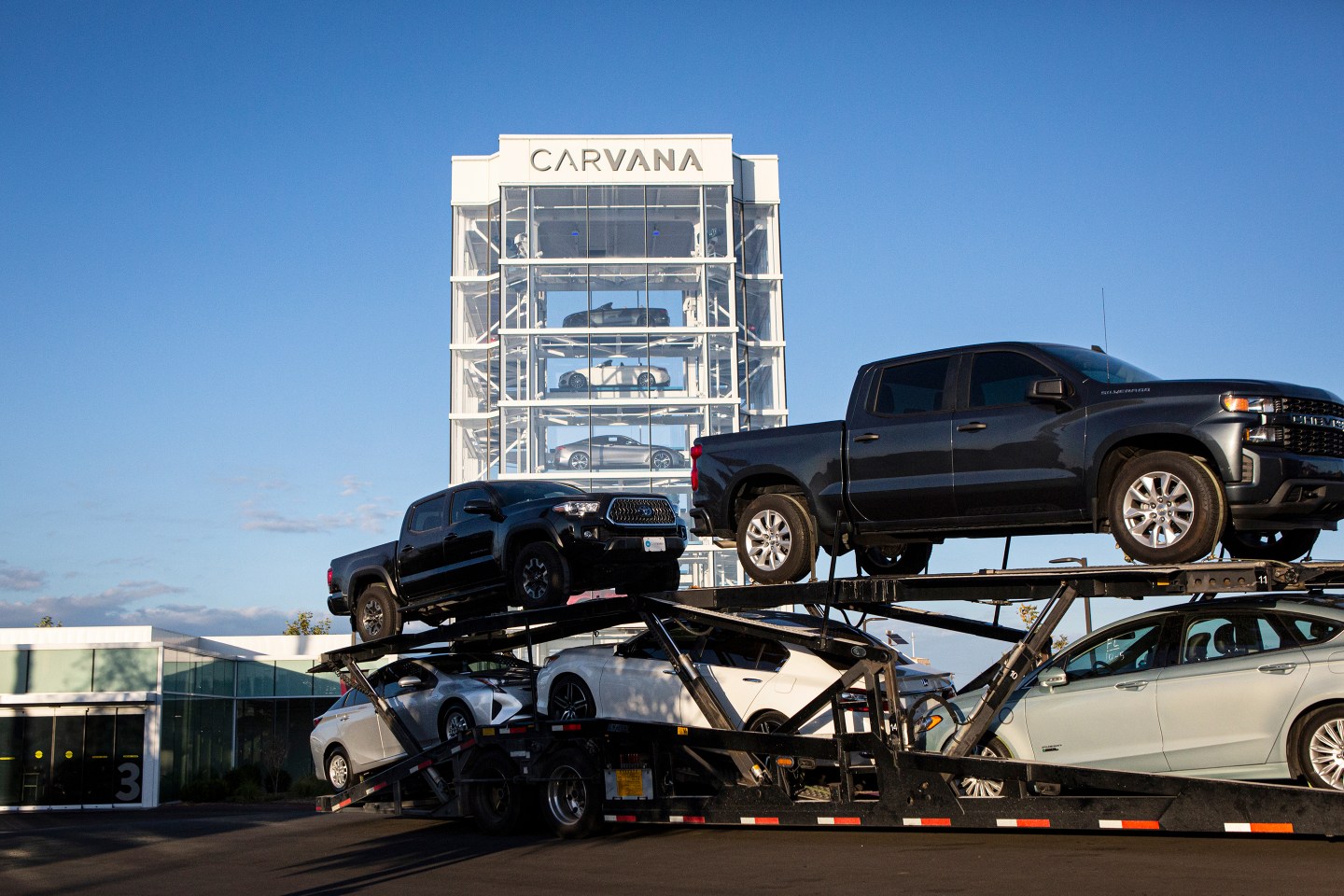 Carvana customers can pick up the cars they buy online from “vending machines” like this one in Westminster, California.

Carvana, the nation’s largest online used auto dealer, has spent most of its 10-year journey with its accelerator punched to the floor.

The company capitalized on strong demand for an Amazon-like car shopping experience, helping customers avoid the inconveniences of visiting vehicle lots and haggling with pushy salespeople.

Then the COVID pandemic hit, and despite initial fears, Carvana’s business surged as buyers struggled to find new vehicles amid a global chip shortage that slowed production.

But starting in late 2021, Carvana’s joyride came to an abrupt halt. With the pandemic ebbing, many shoppers once again felt comfortable visiting local auto dealers. Meanwhile sky-high used car prices, rising interest rates on auto loans, and pinched pocketbooks caused by inflation across the broader economy made many people reconsider splurging on a new ride.

Suddenly Carvana’s aggressive hiring and its large inventory of cars—all pursued in anticipation of rapid future growth—backfired. Over the past three quarters, total losses ballooned to $381 million.

In previous years, investors were willing to shrug off Carvana’s losses as the cost of growth; indeed, they sent shares up 13-fold from their March 2020 low to their August 2021 peak. But recently the markets have lost their nerve: As of late May, the company’s stock was down 90% from its high, leaving Wall Street to wonder whether the current setback is a minor detour or an unrecoverable crash.

“The world is asking questions about us, about the economy, about the industry. And that’s fine. That’s going to happen,” Carvana CEO Ernie Garcia III tells Fortune. “Our job is to make the most of every opportunity that shows up and try to adjust the best we can. If we do, which we have in the past—in the end this story will be a positive one, not a negative one.”

For Garcia’s crew, the challenge now is to quickly trim the company’s spending and return to profitability by 2023. Last year, Carvana reported two profitable quarters excluding certain expenses, its first in company history.

An initial step toward the new reality came in mid-May, when Carvana announced layoffs totaling 12% of its workforce, or 2,500 employees. Executives also plan to cut spending on compensation, advertising, and logistics.

Carvana’s commitment to belt-tightening coincides with an arguably ill-timed acquisition of ADESA, a leading wholesale vehicle auction company, for $2.2 billion in May. Carvana plans to use ADESA’s 56 facilities to refurbish and store vehicles, enabling growth into new markets. Analysts, however, fear the high-interest bonds issued to finance the purchase will eat up a large part of Carvana’s available cash for years to come.

Carvana also has a big lead over traditional used car dealers that are trying to push online. For example, CarMax, the largest of the established rivals, sold only 9% of its cars online, or no more than 87,700 vehicles.

Based on its strong business last year, Carvana rose spectacularly on the latest Fortune 500. Revenue grew 129%, to $12.8 billion, vaulting the company 193 spots to No. 290 on the list—the third-biggest leap for any company this year.

Even after its rapid growth over the past decade, Carvana still owns only 1% of the used car market. Company officials believe annual sales of 2 million vehicles is a realistic target.

Wedbush Securities analyst Seth Basham forecasts that Carvana will turn the corner in terms of profits—excluding certain expenses—before it runs out of money, though investors may have to wait until 2024 for the bleeding to stop.

“They’re still way ahead of even the best competition out there,” Basham says. “I don’t think what’s happening now is ultimately going to lead to them arriving at a place much different than where they were headed.”

A version of this article appears in the June/July 2022 issue of Fortune with the headline, “Rough road.”