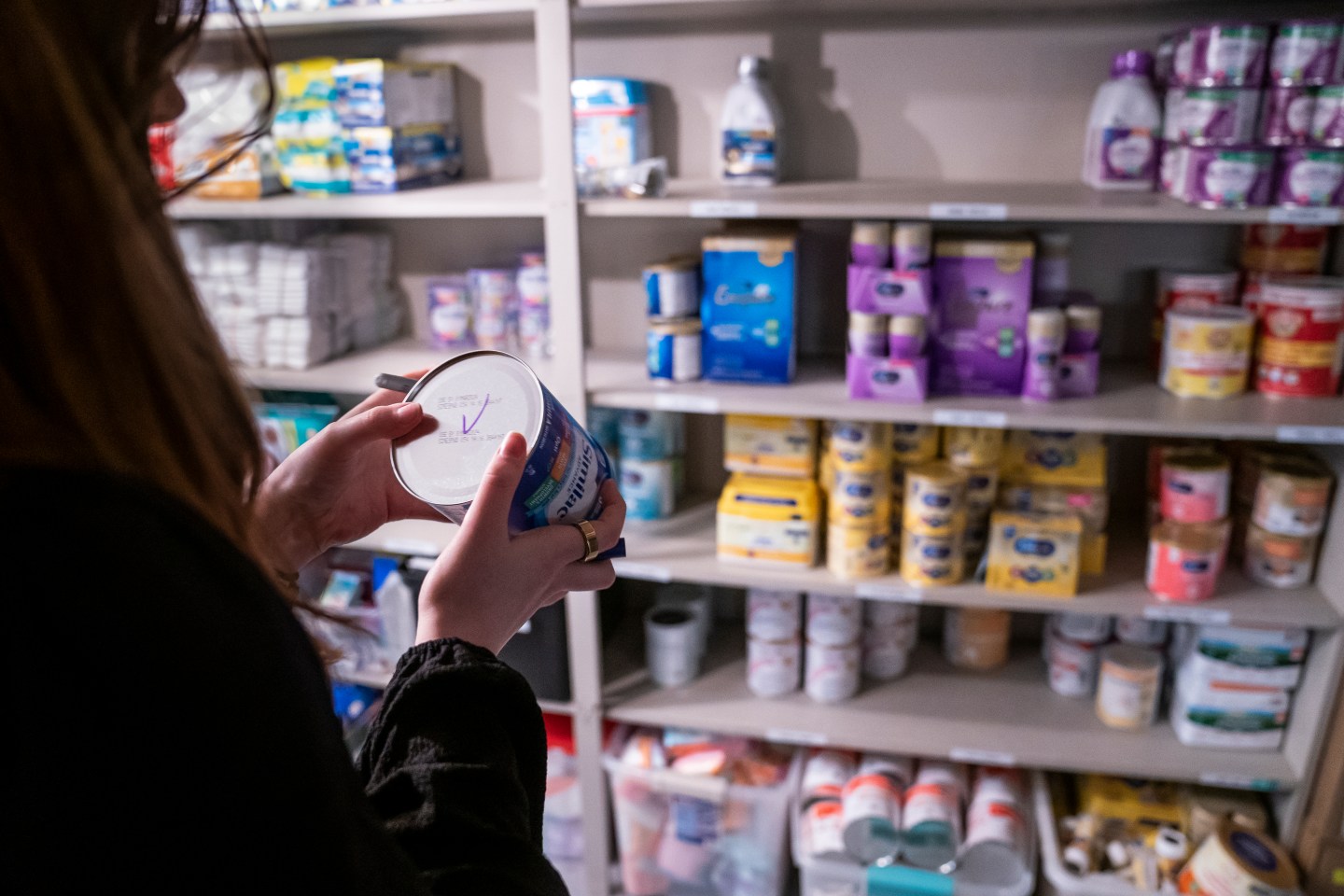 The FDA’s rigid labeling requirements for formula containers prohibit the sale of many European-made products, even though the formulas themselves meet FDA nutritional and purity standards.
Nathan Howard - Getty Images

A severe baby formula shortage has parents across the country taking drastic action to feed their hungry babies.

An estimated 40% of formula is now out of stock nationwide–up from 31% in April. Though Abbott Nutrition just announced that it has reached an agreement with the U.S. Food and Drug Administration (FDA) to resume formula production at its Sturgis, Mich., plant, that alone won’t solve the problem. Abbott’s formula is unlikely to reach store shelves until mid-to-late summer.

Politicians and the media are now engaged in predictable finger-pointing, blaming supply chain issues,  recalls, the problems at the Abbott facility, and limited competition for the shortages. An excessive 17.5% tariff on imported formulas also has limited supplies, some note.

While all of these factors certainly have contributed to the problem, they are not the primary cause. The biggest contributor to the formula shortage is the FDA itself, whose restrictive requirements for importing formula stand in the way.

Especially onerous are the FDA’s rigid labeling and nutritional requirements for formula containers, which prohibit the sale of many European-made products, even though the formulas themselves meet FDA nutritional and purity standards.

The agency also strictly enforces a mandatory 90-day waiting period before any new infant formula can be introduced into interstate commerce.

To uphold these well-intended but harmful regulations, the FDA has targeted and shut down third-party websites selling formula directly to parents. The agency also ordered Customs and Border Patrol Agents to seize large amounts of formula because of labeling concerns.

This is not protecting babies–it’s cutting off their food supply.

Over-meddling with formula is just the latest example of the FDA making life harder for parents and children. For example, the FDA also forbids parents from sending their children to school with sunscreen without a doctor’s note.

Fortunately, the agency can prevent the formula shortage from becoming a crisis by slashing regulations and issuing an emergency use authorization (EUA) for international formulas that already have been approved by regulatory authorities in Great Britain, the European Union, and elsewhere.

By now, most Americans should be familiar with the EUA process. When the United States faced a crippling shortage of COVID-19 tests in early 2020, the FDA granted more than 100 EUAs to testing developers to create and distribute tests across the country. The “test now, approve later” policy increased COVID-19 testing exponentially with little sacrifice of testing accuracy. Of 147 approved Covid-19 tests, only two were subsequently recalled.

If labeling information is a concern, the FDA can post information on imported formulas given EUA approval on its website where physicians and parents easily can find it.

The formula shortage has upended the lives of countless U.S. families and it’s unlikely to improve any time soon without finding ways to get formula back in stock quickly.

Product shortages occur periodically and for any number of reasons–and deregulation has been one of the greatest tools for improving the supplies of vital goods even in tough situations.

The FDA’s use of EUAs has saved countless people before. Let’s use them again.

Raymond March is a research fellow and director of FDAReview.org at the Independent Institute in Oakland, Calif., and a faculty fellow at the Center for the Study of Public Choice and Private Enterprise at North Dakota State University. Glenn L. Furton is an Assistant Professor of Economics at Metropolitan State University of Denver.