CEOs are increasingly stuck between employees and politicians. We should side with our people 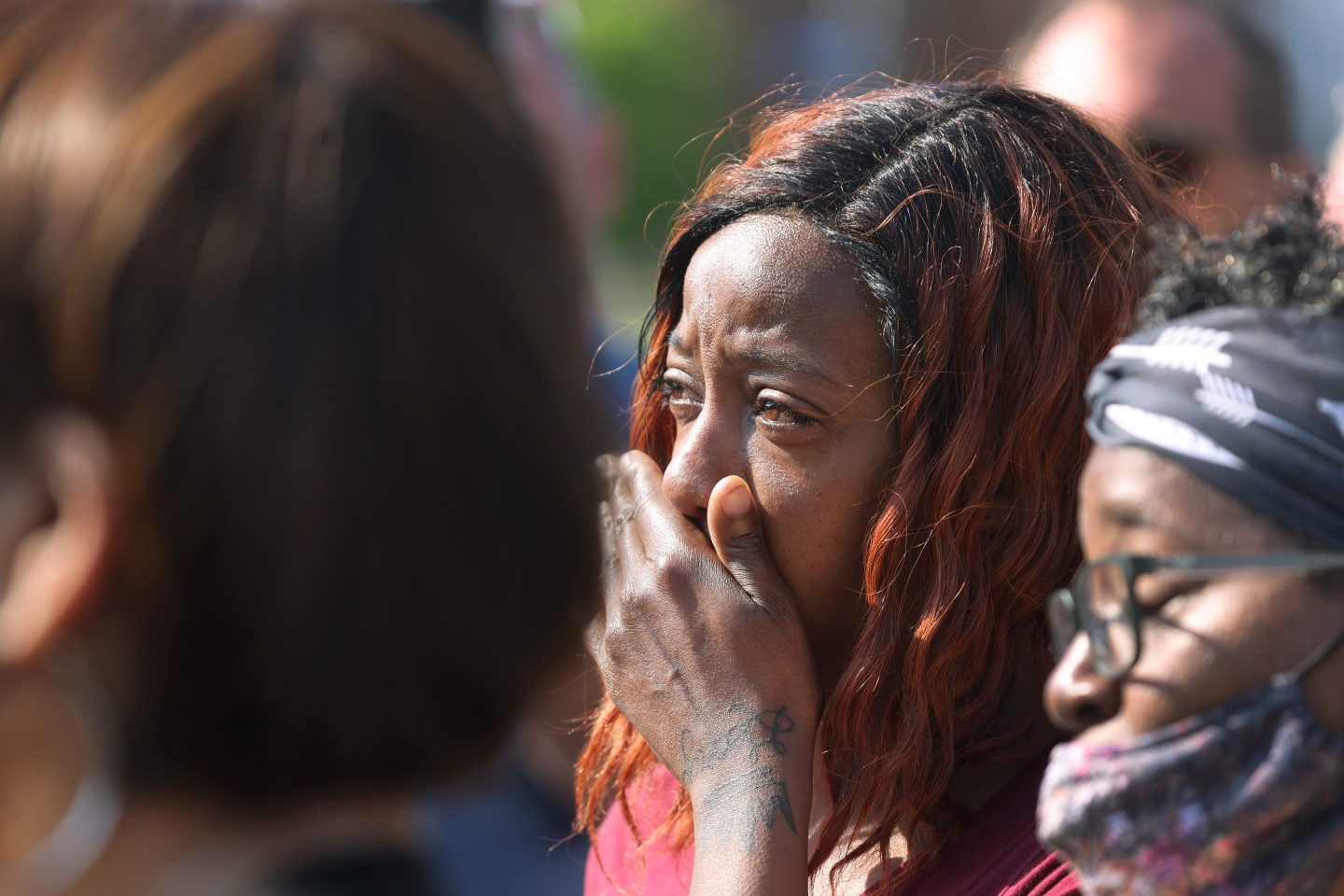 People gather outside of Tops market on May 15, 2022 in Buffalo, New York. Police said a white gunman opened fire at the store, killing 10 people and wounding three others in a racially motivated attack.
Scott Olson - Getty Images)

Show me a CEO who isn’t worried about Roe v Wade. Many expect the U.S. Supreme Court to overturn the landmark ruling, trashing decades of progress on women’s rights and striking a deep blow to the American economy.

If this happens, leaders across our biggest and most iconic companies will need to react. Pressure is mounting on CEOs to speak out on touchstone issues their workers and customers care about, even if it puts them on a collision course with politicians.

Millennial and Gen Z consumers and employees are demanding their employers take a stand on issues such as LGBT rights, climate action, and Black Lives Matter. Many have lost faith in politics to represent their views and secure their futures. They are turning to corporate power instead. If abortion becomes a key battleground in November’s mid-term elections, millions of ordinary Americans (and others around the world) will want to know which side of the argument their CEO is on.

C-Suites also face a worrying threat of political retribution when they refuse to toe the line. This is not the first time Republican senators have derided as “woke” the business leaders who challenge them on sensitive political issues. However, this time the insults feel different. The pre-election atmosphere is becoming increasingly polarised–and warning shots have been fired.

Florida’s Governor DeSantis’ decision to strip Disney of special rights to govern aspects of its megaresort after CEO Bob Chapek criticized a new draft law that limits discussion of gender and sexual orientation in the state’s classrooms, dubbed the “Don’t Say Gay” bill, is an extremely troubling political retaliation against a company for exercising free speech. It sets a dangerous precedent.

Vivek Ramaswamy recently launched his new $20m fund manager “Strive” with an aggressive attack on purpose-driven business and a promise to tell companies to stay out of politics. The knives are out.

Business leaders are stuck between a rock and hard place. There is no easy answer–and no one should suggest these dilemmas are straightforward. Ultimately, business leaders should stick with our people and our principles.

Staying neutral and sitting on the sidelines is no longer a credible or sustainable option for any large company. Again, look no further than Disney: The leaders didn’t speak out until their silence triggered a revolt among employees. This kind of pressure can’t be ignored.

Even more importantly, standing up for our values and the people our companies employ and serve is a democratic duty. Self-censorship by business leaders on questions of basic rights and dignity, social cohesion, and economic and planetary health is an abdication of responsibility.

When we run large multinationals we have the extraordinary privilege of representing giant institutions with a huge turnover that bring together thousands of people. With this power comes responsibility. This is nothing new. On the contrary, it’s only in recent decades that CEOs were expected to do little more than make money–a historical and ethical anomaly. Industrialists, including Unilever’s Lord Lever, were long expected to act as societal leaders: It came with the territory.

Today’s business leaders are being pushed back in this direction–and that’s a good thing. CEOs can and should use their position to speak up for their constituencies on questions that affect our societies and the prospects of our planetary survival. These constituencies may otherwise be marginalized in unrepresentative political systems or silenced by established power. It’s not so-called liberal bias. It’s a vital function of any inclusive and dynamic democracy and it can help heal and strengthen politics when it falters.

This does, of course, put business leaders under new and challenging scrutiny. Corporate statements must be followed by action. From the murder of George Floyd and now the horrific Buffalo attack to the January 6th insurrection and Roe v Wade, activists routinely expose businesses whose public positions are at odds with their political donations. Firms that condemned Moscow’s brutal invasion of Ukraine while continuing to do business with Russia have been denounced in the court of public opinion. A company may have the best targets on emissions, diversity, or human rights but if its trade associations are lobbying against environmental protections or voting rights, or if these firms ignore poverty and oppression in their value chain, there’s an ever-growing chance of being called out.

The best and the only defense is consistency. A company doesn’t have to be perfect, but it should be striving to improve all the time. Companies that go beyond getting their own houses in order, working to address our biggest shared systemic problems, such as money in politics and runaway climate change, stand to reap more rewards.

These are the inescapable realities of running a corporation in today’s world. The politicians who try to silence corporate leaders ignore the role business must play in thriving and vibrant democracies. CEOs everywhere will need to find their voice.

Paul Polman is the author of ‘Net Positive: how courageous companies thrive by giving more than they take’