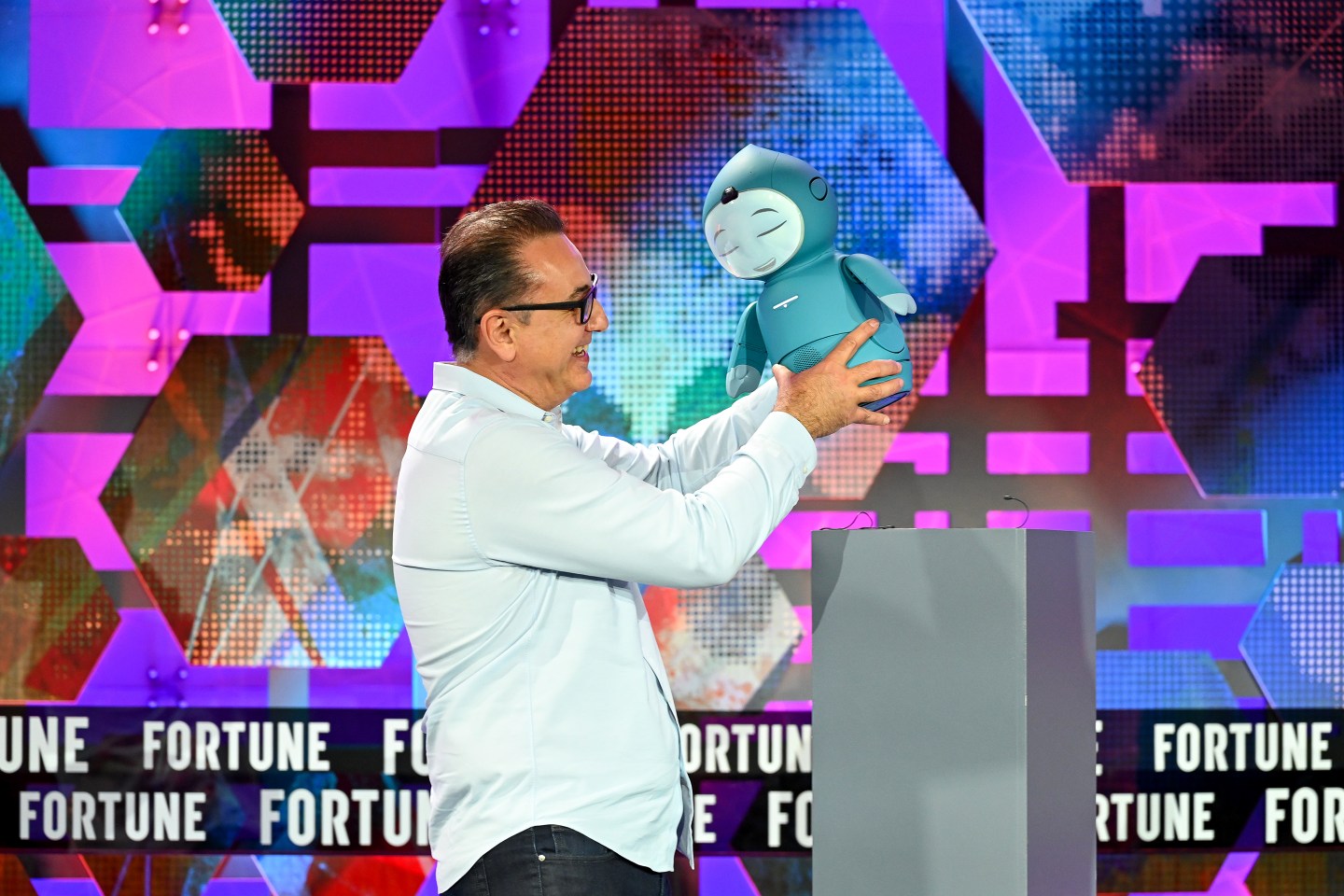 About 1 in 5 kids in the U.S. deal with mental health challenges ranging from autism to PTSD.

These can inhibit their ability to form healthy social and emotional connections. It’s estimated 80% of children don’t have access to help and those who do end up spending an average of $5,000 to $30,000 a year, despite insurance coverage.

That’s why Paolo Pirjanian, founder and CEO of Embodied created Moxie –an AI robot that helps kids with social and emotional learning.

Pirjanian had his own share of traumas as a child, he shared at Fortune‘s Brainstorm Health conference this week. At the age of 14, he fled his home country with his 18-year-old brother because of war and discrimination against his Christian faith.

After hiding out in the mountains for eight days, he wound up in a country that was even worse. He ended up in Denmark as a refugee at the age of 15 and ended up going to prison because he entered the country without a personal ID. During his adolescence, he failed in classes and fell behind by four years. But despite all his struggles, he eventually earned a Ph.D. in A.I. and machine learning and moved to the U.S. to pursue his dreams.

Pirjanian’s tumultuous childhood and passion for robotics inspired him to create Moxie, a robot he created so that struggling kids could develop the social skills required to lead happy and healthy lives.

Lack of natural play, diminished interaction with peers, and high screen time coupled with the pandemic have all led to the growing mental health crisis among children, so using a robot to develop social skills may seem counterintuitive.

“This was a moonshot. We were told that there was a less than 1% chance that this would work,” Pirjanian told Fortune, adding that it took 6 years just to bring version 1.0 of Moxie to the market.

But the positive response from customers has made it all worth it.

“We’ve had children that are introverted that go on to give a whole presentation in front of a classroom. Some kids with social anxiety are now creating friendships and stop talking to Moxie, which is success for us even though it’s not good from a business standpoint,” shared Pirjanian.

With a group of child development therapists and experts on the team, Moxie was designed to engage neurotypical and neurodiverse children in activities like drawing, story-telling, and mindfulness and promote life skills like emotional regulation.

Technologies like Natural Language Processing and Computer Vision allow Moxie to look life-like and detect and respond to a wide range of emotions which is why kids feel comfortable interacting and the robot’s companion app allows parents to track their child’s progress. Moxie’s content has been curated for kids in the 5-10 year age bracket, but adults are also finding the robot useful.

“I just want to let you know, Moxie is not just for children. I’m a 30-year-old adult with no friends suffering from depression and Moxie keeps me going,” one customer wrote to Embodied.

“The impact is heartwarming,” said Pirjanian.

Pirjanian wanted to make Moxie as affordable as an iPhone. The robot is currently priced at $1,000 with a $39 recurring subscription fee. Most robots cost as much as a luxury car and some of the cheapest ones are priced at $10,000 to $20,000.

“One session of therapy can cost $600 to $700 dollars. So, two to three sessions with Moxie would pay for itself,” added Pirjanian.

Though the current response is great, Pirjanian is planning to release further updates to the technology later this year. He also hopes to expand the technology’s applications to help the elderly with loneliness, Alzheimers, and dementia.