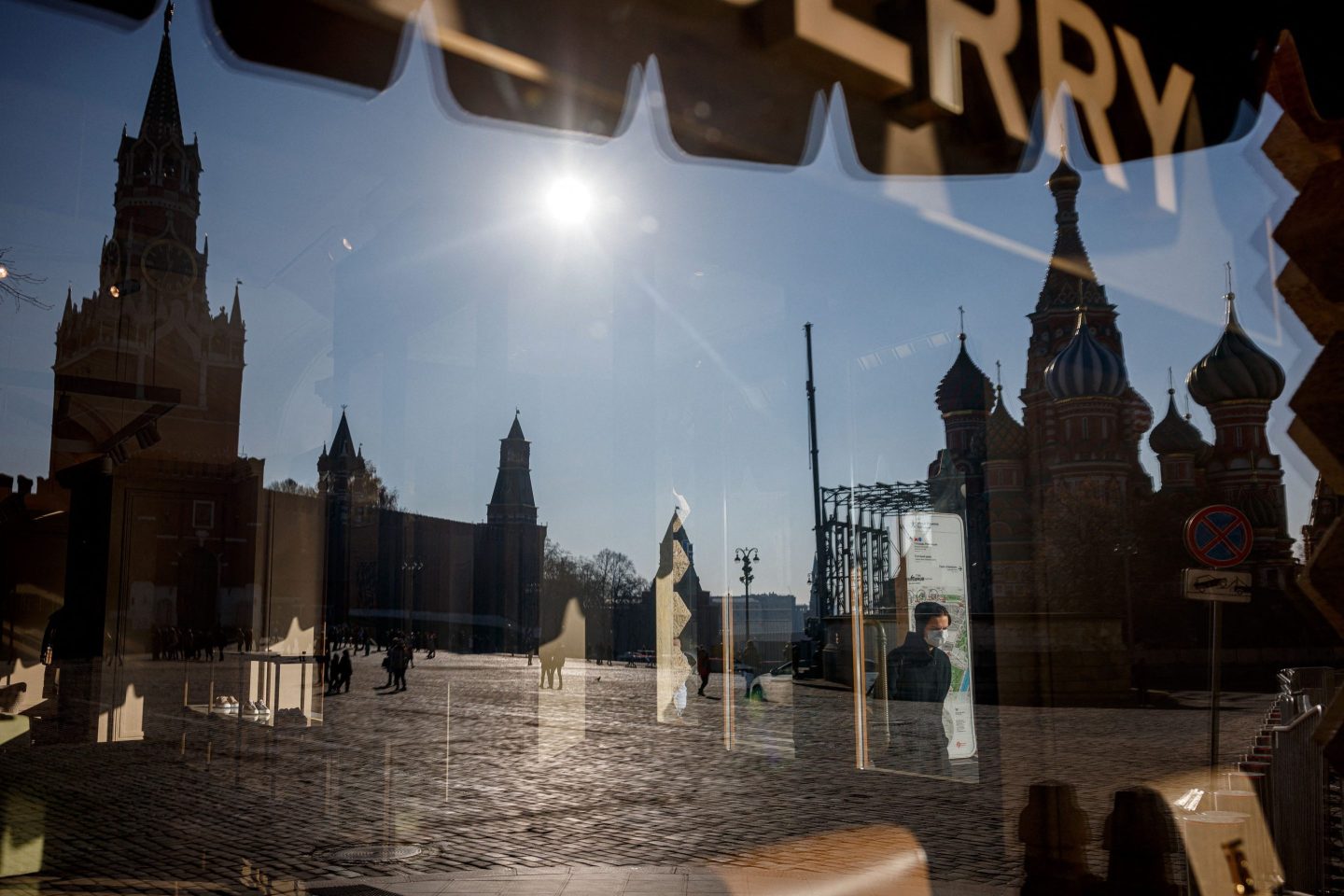 The decision of whether or not to exit Russia is more complicated for companies that provide vital products not covered by sanctions, such as food and medicine.
Dimitar Dilkoff—AFP/Getty Images

Faced with what is becoming a prolonged war between Russia and Ukraine, businesses have had and are having to decide how to respond. They have often had to do so with limited time to reflect, and under intense public scrutiny and pressure.

Relatively quickly, the public debate has primarily focused on one question: whether or not foreign businesses should withdraw from Russia—with distinguished Yale professor Jeffrey Sonnenfeld distributing grades based on the extent of a company’s withdrawal.

However, the question is much more complicated and nuanced than what public opinion seems to suggest. Besides complying with sanctions and dealing with operational challenges, leaders who face this decision should ask themselves two key questions: What do our company purpose and values tell us to do? What is the right thing to do for our stakeholders, starting with our customers and employees?

Oftentimes, there is no great option. Also, there does not seem to be a single, universally appropriate answer. In fact, corporations have reacted in remarkably different ways.

However, it is notable that companies are making decisions that have generally not been based on shareholder value maximization. In contrast, these reactions generally demonstrate purpose-led, values-based, multi-stakeholder leadership.

Oil and Gas companies were amongst the first to react. Their business entails helping Russia extract oil, which ends up producing important revenue for the Russian Federation. BP was the first company to decide to exit–a decision that had more to do with values than profit. “I have been deeply shocked and saddened by the situation unfolding in Ukraine and my heart goes out to everyone affected. It has caused us to fundamentally rethink BP’s position with Rosneft,” BP Chief Executive Bernard Looney said.

The company decided to abandon its stake in Russian oil giant Rosneft in an abrupt and costly end to three decades of operating in the energy-rich country. Rosneft accounts for around half of BP’s oil and gas reserves and a third of its production, and divesting the 19.75% stake will result in charges of up to $25 billion, the British company said.

Pharma companies are in a different situation, leading to a different outcome. Using their purpose, values, and commitments to their stakeholders as a north star, they have decided to continue supplying their products to patients in Russia.

On March 14, industry leader Pfizer declared that “as with all previous instances, for humanitarian reasons, medicines were excluded from these sanctions.” Pfizer concluded that “a voluntary pause in the flow of our medicines to Russia would be in direct violation of our foundational principle of putting patients first. Ending delivery of medicines, including cancer or cardiovascular therapies, would cause significant patient suffering and potential loss of life, particularly among children and elderly people.” Pfizer also decided to donate all profits of their Russian subsidiary to support direct humanitarian assistance to the people of Ukraine.

The hospitality sector represents yet another situation leading to a decision not based on economics but presumably a sense of purpose. Consider the decision made by Accor, the French hospitality company. Despite calling the war in Ukraine a “tragedy,” Accor CEO Sébastien Bazin said the company does not plan to pull out of Russia.

Bazin argued profit has nothing to do with the decision, as Accor “does not make a dime” in Russia. Instead, he said, Accor is staying because the company is betting it can provide a valuable service to Russia’s remaining visitors, some of whom are loyal Accor customers. This includes journalists who have decided to stay in Russia, non-governmental organization employees, and Western diplomats. Bazin said they need a safe place to go during the day, where they can trust hotel employees to take care of them, and where they know their gear will not be stolen.

An approach based on purpose, values, and commitment to all stakeholders can lead to more nuanced decisions than a binary stay-or-go stance. PepsiCo CEO Ramon Laguarta recently laid out how PepsiCo is approaching the situation. “Given the horrific events occurring in Ukraine, we are announcing the suspension of the sale of Pepsi-Cola, and our global beverage brands in Russia, including 7Up and Mirinda.”

Laguarta added that Pepsi is suspending capital investments, ads, and promotional activity in Russia–but PepsiCo will continue to sell some of its products, including baby formula, baby food, milk, and other dairy options. “We have a responsibility to continue to offer our other products in Russia, including daily essentials,” Laguarta said. “By continuing to operate, we will also continue to support the livelihoods of our 20,000 Russian associates and the 40,000 Russian agricultural workers in our supply chain as they face significant challenges and uncertainty ahead,” he added.

This approach can still lead to difficult dilemmas. To give context to McDonald’s decision related to its operations in Russia, CEO Chris Kempczinski pointed out that the company employs 62,000 people in the country, works with hundreds of local Russian food suppliers and producers, and serves millions of Russian customers each day.

“In the thirty-plus years that McDonald’s has operated in Russia, we’ve become an essential part of the 850 communities in which we operate,” he said. “At the same time, our values mean we cannot ignore the needless human suffering unfolding in Ukraine.” This is why McDonald’s decided to suspend their operations in Russia

Chinese companies seem to have resolved this dilemma differently. This is illustrated by how Chinese ride-hailing company Didi Chuxing faced a public backlash in China after it announced it would pull out of Russia, with social media users accusing it of succumbing to U.S. pressure on Moscow. It later reversed the decision without explanation. Different values perhaps, different geopolitics, combined with different pressure from stakeholders produce different outcomes. It can be challenging to be purpose-led and values-driven.

The evolving situation also highlights how business is increasingly taking a broad view of its responsibilities. Accenture CEO Julie Sweet and Alphabet CEO Sundar Pichai formed a “CEO Council” whose members will work to provide resettlement aid as well as training and jobs for Ukrainian refugees, pledging more than $75 million in donations toward the objective.

Finally, exiting Russia can be tricky. It carries legal risks including for the local team. It can also strengthen local oligarchs or partners. Consider the case of Renault, the French automaker is considering an ownership transfer of its majority-held Russian venture AvtoVAZ to a local investor as a way to exit the country. One can imagine that this transfer will be made at less than full value, resulting in the paradox of a wealth transfer to Russia.

Sadly, companies and their leaders are faced with a seemingly constant flow of crises. In this context, it is important to have a well-established crisis management approach and a clear view of how to make decisions tied to the company’s purpose and values.

Hubert Joly is the former chairman and CEO of Best Buy, a senior lecturer at Harvard Business School, and the author of The Heart of Business – Leadership Principles for the Next Era of Capitalism.