Marvel’s ‘Dr. Strange’ has biggest U.S. opening weekend of 2022—and racks up almost half a billion dollars worldwide 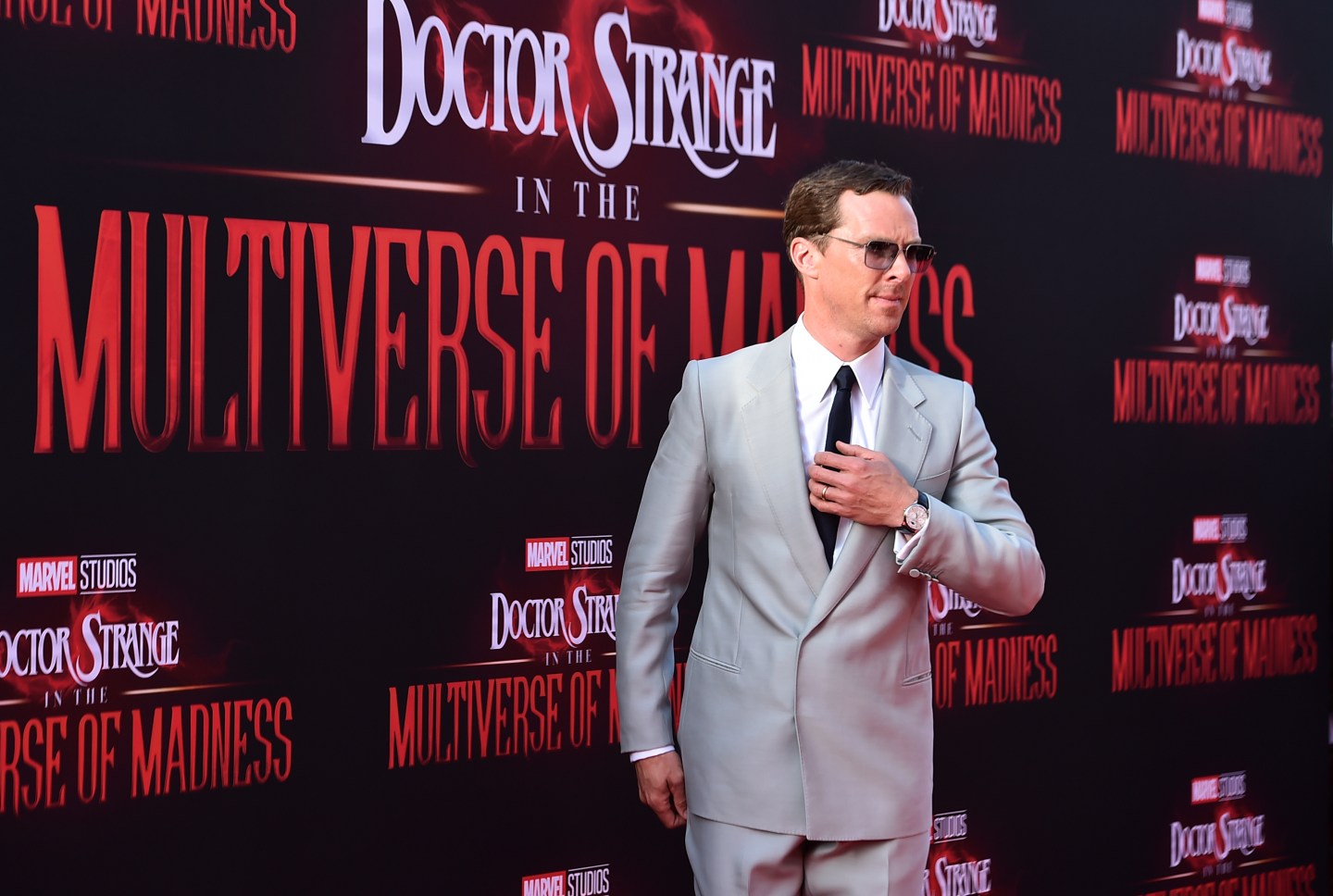 Cast member Benedict Cumberbatch arrives at the Los Angeles premiere of "Doctor Strange in the Multiverse of Madness," on May 2 at El Capitan Theatre.
Jordan Strauss—Invision/AP Images

The summer movie season is off to a blockbuster start thanks to “Doctor Strange and the Multiverse of Madness.” The superhero extravaganza grossed an estimated $185 million in ticket sales in its first weekend in U.S. and Canadian theaters, the Walt Disney Co. said Sunday.

Not only did it more than double the opening of the first “Doctor Strange,” which opened to $85 million in 2016, it’s also the biggest opener of the year, ahead of “The Batman’s” $134 million; the second biggest of the pandemic, behind “Spider-Man: Far From Home’s” $260.1 million; and the sixth biggest of all time globally.

Internationally, it’s doing even better with an estimated $265 million since opening Wednesday. In total, “Doctor Strange 2” has already made $450 million.

Spider-Man is at least partially to thank for the massive debut. Benedict Cumberbatch’s powerful sorcerer appeared prominently in “ Spider-Man: No Way Home,” which has become the third biggest movie of all time since opening in December. “Doctor Strange 2” picks up several months after the events of “No Way Home,” and brings in Elizabeth Olsen’s Wanda Maximoff, who became even more popular thanks to the recent Disney+ series “WandaVision.”

The film also has a gigantic footprint. It’s playing in 4,534 theaters in the U.S. and Canada alone, which according to Disney is the seventh widest opening ever. Premium format screens, including IMAX and 3D, accounted for 36% of the overall box office.

Sam Raimi stepped up to direct “Doctor Strange in the Multiverse of Madness,” which reportedly cost around $200 million to make — though that number doesn’t account for the many more millions spent on marketing and promotion.

Over the weekend, the film has trended on social media for everything from its many cameos to a spirited debate over its PG-13 rating and whether or not the horror elements warranted something more restrictive.

There was little left for other movies playing in theaters. Part of that is due to the fact that many multiplexes chose to pack their theaters with wall-to-wall “Doctor Strange” screenings. Film Critic Matt Singer tweeted a photo a Manhattan AMC offering 70 screenings on Thursday alone.

Universal and DreamWorks Animation’s “The Bad Guys” fell to second place in its third weekend with an estimated $9.8 million, while “Sonic the Hedgehog 2,” from Paramount, landed in third with $6.2 million.

“Fantastic Beasts: The Secrets of Dumbledore” took fourth with $3.9 million, bringing its domestic total to $86 million. And in fifth place was another multiverse-themed film, “Everything Everywhere All At Once.” It had a slight dip in its seventh weekend, but is still speeding along with an additional $3.3 million from 1,542 screens in its seventh weekend in theaters. The A24 film has grossed $41.6 million total.