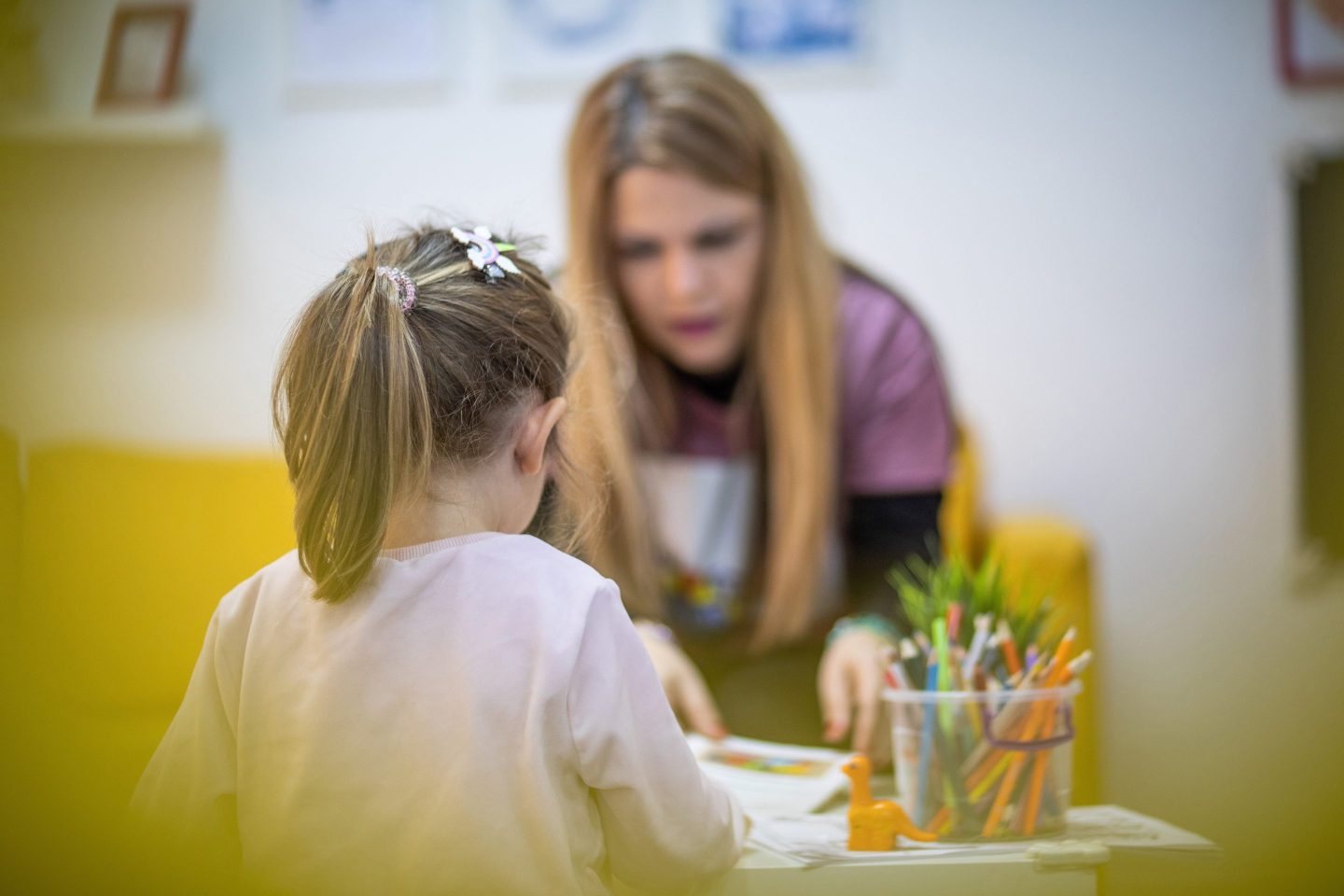 By increasing the labor supply through childcare support, the U.S. could cut down inflation.
Milan Markovic—Getty Images

Americans are relying on the Federal Reserve to tamp down the red-hot inflation mess.

The problem with this strategy is that it relies on the Fed to hike interest rates in just the right way, slowing demand without tipping the entire U.S. economy into a recession. And the Fed’s track record on this isn’t great. Leading economists put the odds of a recession in the next two years at 35%.

But what if hiking interest rates isn’t the only way to bring down inflation? Lawmakers can use other policy tools to combat inflation, argued Sen. Elizabeth Warren (D-Mass.) on Tuesday during a Senate hearing.

“We can bring down inflation if we increase our labor supply. More workers earning a fair wage with good benefits means more productivity—and that means more downward pressure on prices,” Warren said.

That’s where childcare support comes in, Warren argued: “To get people into the workforce, working parents need childcare.” One barrier holding back the U.S. economy right now is that many workers who want to rejoin the workforce can’t do so because they don’t have access to affordable childcare.

Despite the U.S. bouncing back economically after the initial phase of the COVID-19 pandemic passed, the overall number of Americans actively working—otherwise known as the labor force participation rate—hasn’t yet recovered to pre-pandemic levels. And the recovery of women’s labor force participation rate (which peaked in 2000) lags even further behind, likely because women are more often tasked with childcare and thus have to take time out of the workforce.

But the millions of open jobs and missing workers have real-world impacts. Production can’t keep up and employers are raising wages—all of which in turn increases prices. An extremely tight labor market effectively means prices stay higher, longer.

Bringing more workers off the sidelines, particularly parents stuck at home, can help. About 4.8 million Americans were out of work in the first two weeks of April because they were caring for young children not in school, according to the U.S. Census Bureau’s latest household pulse survey, released last week.

Millions more parents had to take unpaid leave or PTO days or reduce their hours because they were unable to secure care arrangements for their children. Many are parents of young children under the age of 5 who still aren’t eligible for the COVID vaccines.

“When a parent doesn’t have a childcare alternative or an option, they can't work. Everything stops for them. Financially it's a catastrophe for them, and for the business,” Walt Rowen, a small business owner of Pennsylvania-based Susquehanna Glass Co., said during Tuesday’s hearing.

Warren and other Democrats support Biden’s Build Back Better legislation that would help provide direct support for families to bring down the cost of childcare and for providers to help with operation costs and hiring more workers. But the legislative package remains stalled in Congress.

Solving the childcare problem would particularly help women’s workforce participation. Consider that women alone are half the labor force, says William Spriggs, economics professor at Howard University and chief economist for the AFL-CIO.

That would change the equation for the Federal Reserve when deciding whether the U.S. is in a tight labor market and if it needs to take more action to slow the economy. “If Congress doesn’t build the infrastructure to get everyone to work, then the Fed’s hands are kind of tied,” Spriggs argues.