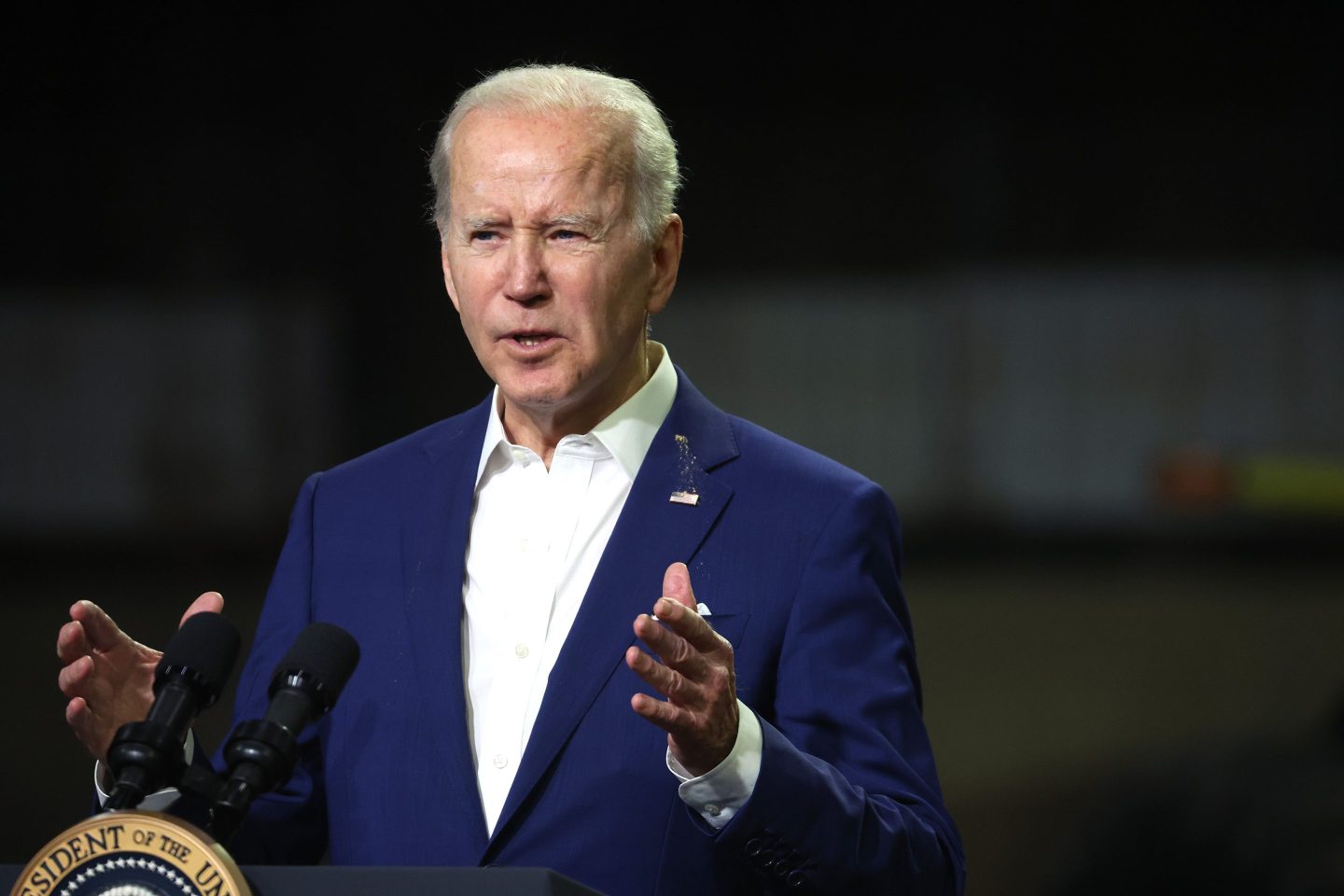 President Joe Biden will nominate Michael Barr, a Treasury Department veteran and one of the architects of the Dodd-Frank Act of 2010, as the U.S. Federal Reserve’s chief banking supervisor.

“Michael brings the expertise and experience necessary for this important position at a critical time for our economy and families across the country,” Biden said in a statement released Friday by the White House. Barr’s nomination as the Fed’s vice chair for supervision requires Senate approval.

The president settled on Barr this week, according to people familiar with the matter. Sarah Bloom Raskin, his previous choice, withdrew from consideration on March 15 after it became clear she didn’t have the votes for confirmation in the evenly-divided Senate.

Biden aides discussed the pick with key lawmakers and staffers on Capitol Hill, and both Senator Elizabeth Warren, a Massachusetts Democrat, and Banking Committee Chair Sherrod Brown, an Ohio Democrat, indicated to the administration that they were comfortable with Barr, the people said.

“The Federal Reserve plays a critical role in fighting inflation and Barr will make a strong vice chair for supervision, joining my other nominees for the Federal Reserve that the Senate is considering,” Biden said in his statement.

Brown praised Barr in a statement, saying a full Fed board is needed “now more than ever.” The vice chair of supervision “must prioritize strong financial regulation, and identify and stay ahead of risks to our economy,” Brown said.

Barr has indicated he will agree to strict ethics provisions sought by Warren for all Federal Reserve nominees, including a four-year recusal period on matters involving former employers and clients, and not to seek employment after leaving office from a financial services company for four years,  according to a person familiar with the discussions.

All of Biden’s other Fed nominees have agreed to commit to those restrictions with the exception of Jerome Powell, nominated for a second term as Fed chair.

In a statement supporting Barr, Warren said the Fed must “safeguard our economy as families confront higher prices and corporate profits skyrocket.”

One key Republican, however, was quick to express concerns over Barr’s nomination.

Barr served at the U.S. Treasury during the administration of President Barack Obama and worked for the National Economic Council under President Bill Clinton. He was also part of the Biden transition team that reviewed the Treasury Department.

Barr is currently dean of the Gerald R. Ford School of Public Policy at the University of Michigan. He’s been on the faculty of the university’s law school since 2001.

He didn’t respond to a request for comment earlier this week when he emerged as a leading contender for the job.

As a top aide to Treasury Secretary Timothy Geithner, Barr was one of the main authors of Dodd-Frank, a law forged in response to the financial crisis that began in 2008 and notably created the vice chair for supervision at the Fed. At the Treasury, he opened the Office of Community Development, expanded the earned income tax credit, and helped to design the Community Development Financial Institutions Fund.

Warren praised him in her 2014 book “A Fighting Chance,” crediting him with helping to create a strong Consumer Financial Protection Bureau.

Barr holds bachelor’s and law degrees from Yale University, and was a Rhodes Scholar at Oxford University. He served as a law clerk to former U.S. Supreme Court Justice David Souter in 1993.

He had been a candidate to run the Office of the Comptroller of the Currency earlier in the Biden administration, but when word of his potential nominee surfaced last year, some progressives rose in opposition. Those activists were wary of his ties to financial technology companies. He was an outside adviser to Ripple Labs Inc. until 2017.

—With assistance from Christopher Condon and Steven T. Dennis.