Childcare is a benefit that can save working parents at their breaking point. Good luck finding it 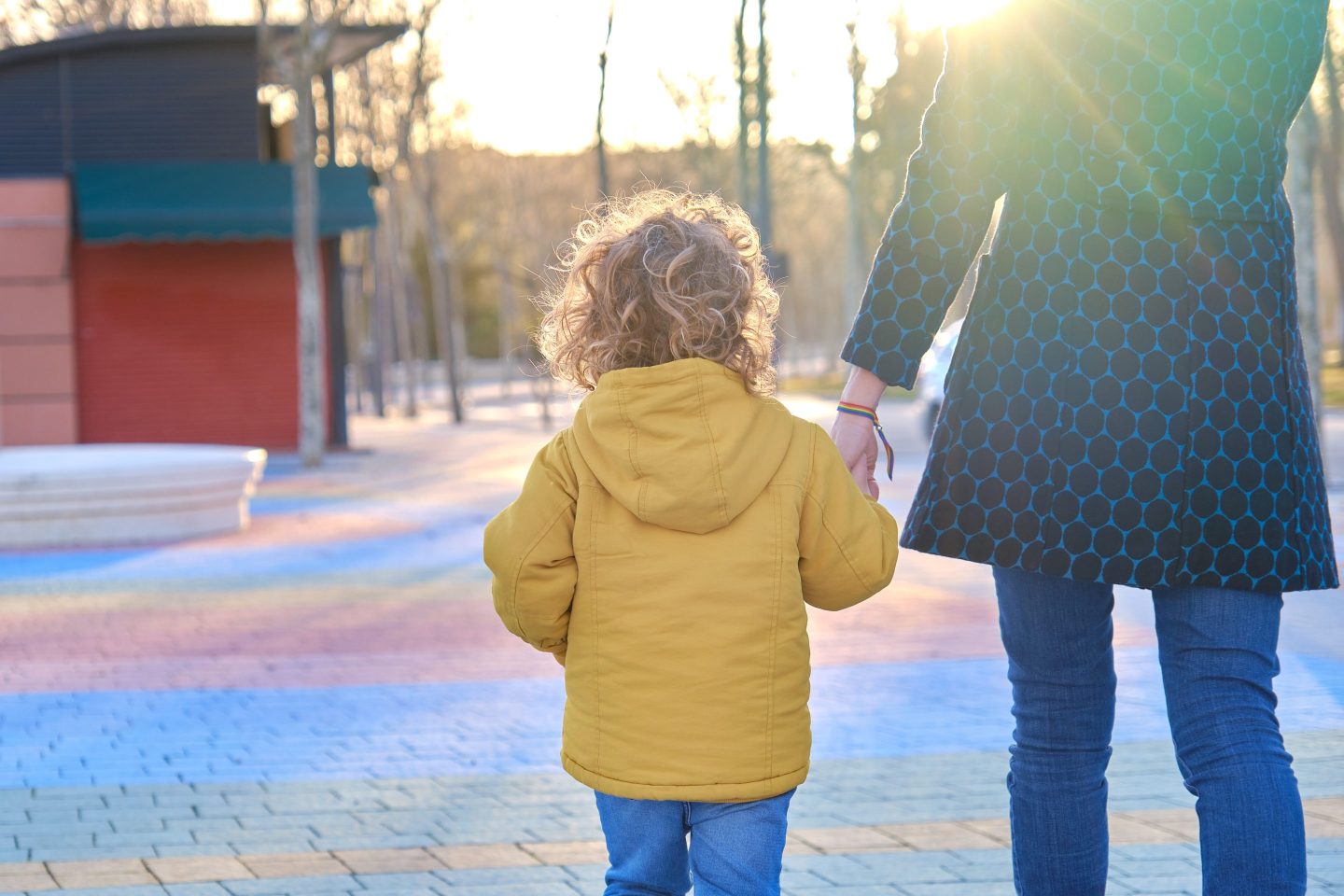 Working parents are exhausted, and many are turning to their employers for support.
Roberto Jimenez—Getty Images

The pandemic put a bright spotlight on the childcare crisis facing millions of American parents. When schools and daycares closed in March 2020, mothers and fathers scrambled to rearrange their work schedules to accommodate their kids.

Many employers stepped up with additional resources, but two years on, most parents still say they don’t have access to the support they need. Only half of working parents say their employer has added new policies or benefits to help them with childcare responsibilities in the last year, according to Bright Horizons’ 2022 ​​Modern Family Index report.

And that could be a breaking point for many parents, 88% of whom report they are suffering from exhaustion and fatigue at work. About two out of every five parents say they now feel this way frequently.

Chandana and Imran Haque know the struggle firsthand. The couple moved to Salt Lake City in February 2020, just weeks before the pandemic hit.

Moving to a new city at the start of a pandemic is challenging enough. But the Haques had an additional obstacle: Chandana was eight months pregnant when she was hired as an executive director of Altitude Lab, a biotech and health care incubator run by biotech company Recursion.

“There we were, two first-time parents with no family in Utah, a pandemic, and no idea how we were going to make our careers work,” Chandana tells Fortune.

The pandemic quickly destroyed their best-laid childcare plans. A huge selling point when Chandana was considering the role at Recursion was the fact that the company planned to build an on-site day care at its Salt Lake City offices. The center was supposed to open in 2020, but COVID delayed that.

Instead the couple had to rely on a patchwork system of staggered parental leave, paid time off, and family support. Their parents visited from California to help out on a rotating basis. “We felt really lucky in that we have a support network willing to drive 770 miles in order to enable us to work, but even then it was hard,” Imran says.

“Our Sundays were spent trying to figure out what we were going to do for the next week,” Chandana says, adding that the couple had a number of conversations about moving their parents out to Utah permanently to help, or finding a live-in nanny—they even considered one of them stepping away from work to stay home with their daughter.

“Both of us are quite motivated and career-driven people, and the idea of one of us actually leaving the workforce was borderline anathema to us. So we were trying to figure out everything we could do to make that [not] happen,” Imran says.

So when Recursion’s on-site day-care center finally opened in summer of 2021, it was a huge relief to the couple. “It really has provided predictability to our schedule, and has kept us both in the workforce and allowed us to provide a social dynamic for our daughter that would have been really difficult to do without it,” Chandana says. Recursion provides a modest discount on monthly tuition and drop-in care rates.

As working parents enter the third year of the pandemic, one fact is crystal clear: They need more support. And they’re turning to employers to provide it. About 90% of surveyed parents report that it’s even more important now for companies to provide access to reliable childcare. Two thirds say their employer benefits aren’t cutting it.

Only about 10% of workers reported that their employer offered childcare assistance, according to a February survey of more than 2,000 U.S. workers conducted by The Harris Poll on behalf of Fortune. Only 7% reported that their company had rolled out new or additional childcare benefits in the last six months.

Care.com’s “Future of Benefits” survey of human resource professionals, released last month, found that a much wider swath of employers, 56%, report that they offer some form of childcare benefits in 2022.

Yet Wednesday’s Bright Horizons report found that employers that do offer childcare support likely have an advantage when recruiting new hires and even retaining current employees—which could be worthwhile given the extremely tight labor market.

Some employers are catching on. Walmart recently announced plans for an on-site childcare center with room for 500 kids at its new corporate headquarters in Bentonville, Ark. Moreover, roughly 29 companies on Fortune’s 2022 Best Companies to Work For list reported that they offer on-site childcare for their employees. About a third of the companies honored this year reported subsidizing their employees’ childcare expenses.

"Employers are recognizing that their employees really do need childcare and therefore, to the extent that they are interested in having them come back to the office, they are going to have to have supports that allow them to do that successfully," Stephen Kramer, CEO of Bright Horizons, tells Fortune. The company has seen increased interest from employers in offering on-site childcare centers in recent months to help lure workers back to the office—even among companies not traditionally interested in childcare supports, such as manufacturers and distribution centers, Kramer says.

Younger millennial and Gen Z workers, who are more likely to have young children at home, are especially receptive to employer-sponsored childcare support. Nearly a third of younger workers (29%) say they would leave their current job for better benefits—about 18% would take a job that provided more help with their family responsibilities.

Overall, working parents say a job that provides childcare support is just as strong of a motivator to stay with their current employer as one that promises to double their compensation.

About 60% of all workers surveyed by Bright Horizon say emergency childcare benefits would make them more likely to stay with their current employer. More than half (58%) would remain loyal for increased support with everyday childcare needs.

"Employees are becoming really outspoken about their needs, and ultimately, are speaking both with loud voices, but also with their feet—and are finding employers that are leaning into these kinds of supports," Kramer says. "CEOs and heads of HR know that if they don't take action, it's going to have real business impact."

The lack of childcare is not only keeping some parents out of the workforce and driving up competition for new hires, it’s also causing massive fatigue and burnout. About 60% of working parents surveyed by Bright Horizons reported feeling fatigued and exhausted because they can’t catch a break in managing their job and home workloads.

Women, in particular, are much more prone to be experiencing fatigue and exhaustion—43% of working moms compared to just 36% of dads. And in many cases, that struggle to balance work and childcare responsibilities has led to women leaving the workforce. Mothers, who are in the prime working years of their lives (ages 25 to 54), are much more likely to quit their jobs when their children are young than fathers, according to a recent report from the Federal Reserve Bank of St. Louis.

There are real-world consequences for employers as well. Not only do fewer working parents mean a smaller pool of available workers at a time when companies have more than 11.3 million open jobs, but by some estimates, the childcare crisis costs the U.S. $57 billion per year in lost earnings, productivity, and revenue.

“The fatigue is real,” Chandana says. “I think it's doubly so as new parents, both with careers, and then in a pandemic. There's no way to prepare for this,” she says, adding that for her, parenting during the pandemic has been a day-to-day challenge where she’s had to triage what the most pressing issue that day was, solve it, and push off other challenges for another time. “That's not a sustainable way to live.”

That’s why accessible childcare is key. It may sound like a small issue, Chandana says, but it provides real relief for parents who have to juggle work and family responsibilities. Recursion's on-site day care also provides lunch and breakfast to the kids, and that seemingly little perk has had an huge impact on the couple's lives.

“It's removed one of those constant battles that we were dealing with,” Chandana says, adding that now she and her husband have more time to plan fun things they can do with their daughter and spend quality time together as a family, rather than just trying to multitask and scramble to get it all done.