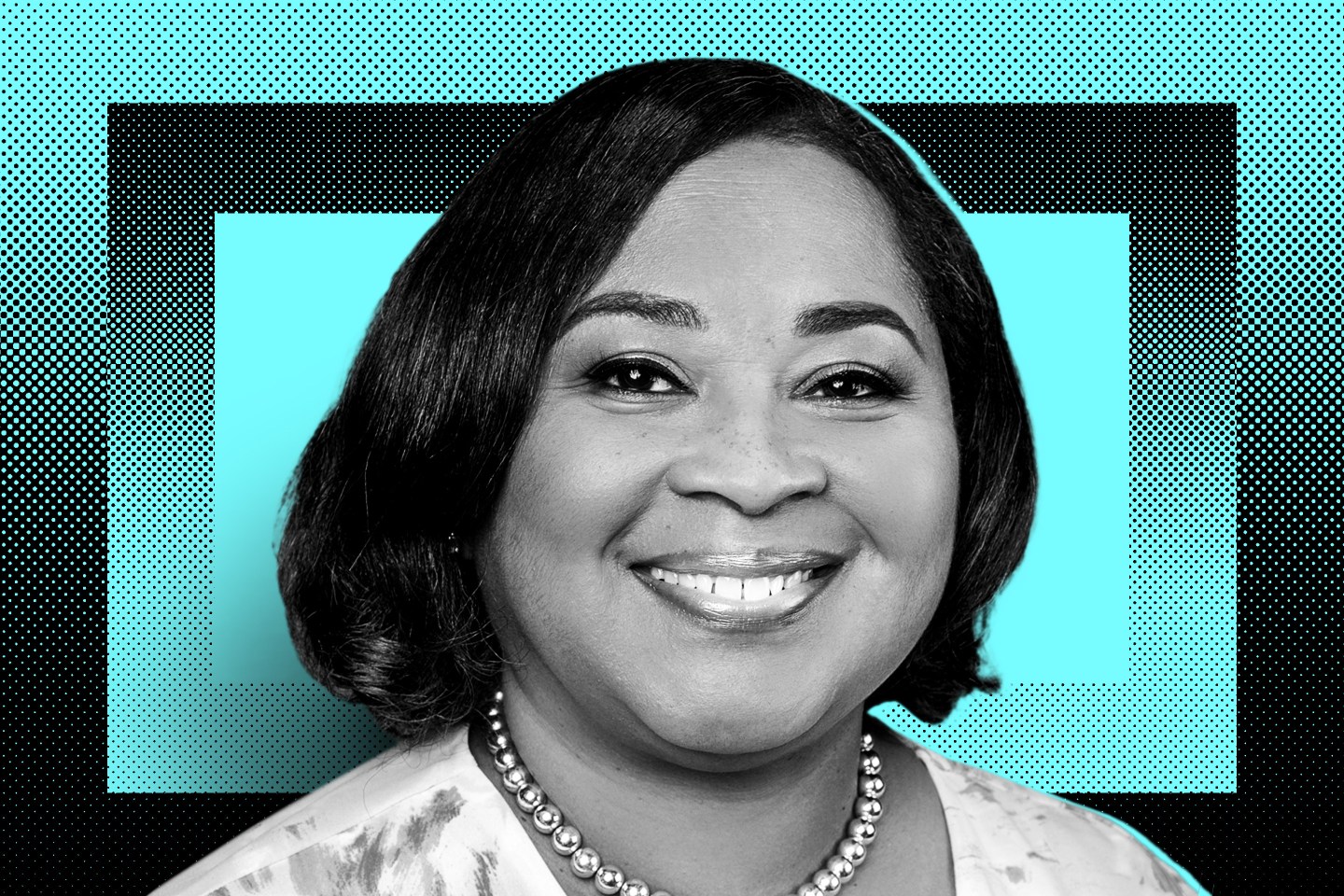 Debra Ward-Mitchell, 60, doesn’t want to be known as a “just a”—a phrase she used a lot to describe her own work as a paraeducator when she was first starting out. She’s now the assistant director of a pilot infant care center for teen parents at Thornton Township High School District 205 in Harvey, Ill., the same school district she graduated from in 1980. She’s not just a paraeducator but an educator full stop — and also a mentor and friend and guiding star to the students she works with.

For the first two decades of her career, Ward-Mitchell worked with students with behavior disorders. They were some of the most at-risk students in the Illinois public school system, often one step away from alternative school or expulsion. With a knack for winning trust, she encouraged students to open up to her about their needs, and they often found themselves better for it—some have gone on to become educators themselves.

At the infant care center, she works with a different type of at-risk student, and her central mission of keeping young parents in school usually extends far beyond the classroom. During the pandemic, she cleaned out medicine bottles, filled them with paint, and dropped them off at students’ homes around Chicago so they could have creative supplies to use with their kids.

“Everybody goes through stuff. I’m not special,” says Ward-Mitchell, who faced her own family problems that prevented her from finishing her undergraduate studies. “I’m not going to let it destroy who I am or who I can be.” At 57, she decided to go back to school, and she’s on track to earn a bachelor’s in early childhood education in the next 18 months.

Her personal experiences and setbacks inform her work with students who face their own huge obstacles in trying to earn their diplomas.

“One thing that I’m really big on is one-on-one conversations,” she says. “Getting to know who you are and then letting you know that you can trust me.” She considers her open-book personality to be essential for connecting with students. Once they know she won’t judge them, she says it’s easier to encourage them to be the best versions of themselves possible. She reminds them: “I have nothing to gain but pride from your greatness, so I’m going to lift you up.”

This year, Ward-Mitchell received the National Education Association’s Education Support Professional (ESP) of the Year award. The honor comes at a time when paraeducators and other ESPs, including nutrition workers and bus drivers, are leaving their jobs at an increased rate, often due to poor pay or unsafe working conditions. “Getting the award felt so humbling and overwhelming,” she says. “I want to use the platform to emphasize the work we do and the support we give our students.”

What got you on your path to your current role?

Listening to the students and hearing their stories. When I first began, there were many [students] whose parents and/or siblings were addicted to drugs. It was a struggle for them to come to school without parental guidance or support.

I remember talking to a student about not having her supplies. She broke completely down. She cried, screamed that I had no idea how many people she stepped over to walk out the door. She told me how there was no food in the home, how unclean it was, and how she had to heat water to even wash up. She did not understand how I was ‘tripping’ about a pencil. It broke my heart. Teaching students, empowering students, loving students, and supporting them became my mission. I was determined to be their mom, sister, friend, teacher—whatever they needed.

Outline your day-to-day. Do you have any rituals or routines around work?

Yes, I have a couple of rituals. The first and most important ritual is my time of devotion when I first wake up. Every morning begins with prayer. Prayers for my family, the students, our leaders, district administration, and my co-workers. If someone is going through something, I say their name and their need. I wake my son to make sure he takes his medication.

My post-pandemic ritual at work is only slightly different then pre-pandemic. I come in an hour early to sanitize the common area where the babies and their moms are greeted. I sanitize the bathrooms and the kitchen. I am always making sure all classrooms have their supplies, sanitation solutions, anything they need to have a successful day. I also greet all parents, taking the temperature of both parent and child. I’m the first person the children see in the morning. If I am not at work, they begin asking for me.

How have you dealt with career-related doubt or frustration?

On a large scale, it’s frustrating how people view and treat education support professionals. Most think that ESPs are nothing more than paper pushers or babysitters. They rarely acknowledge that schools would not run without us. Who opens the buildings in the morning? Who cleans and sanitizes the building? Who calls parents and ensures that all documents are signed and in place? Who checks temperatures and administers medication? Who makes sure children have something to eat?

How do you know that what you’re doing is right?

In 2020, I agreed to do a video to promote Illinois’ Fair Tax proposal asking people to vote. I never thought so many people would see it. After the commercial went live, one of my babies who was 2 at the time, grabbed her mom and pointed to the television saying, “Look mom, Mitchell. That’s Mitchell in there.” When a two-year-old sees me, recognizes me, and is excited about me, I know I’m doing the right thing.

What’s success to you?

Success is lifting up ESPs around the country so they know that they’re worthy educators and inspiring others to join us in our fight to grow as educators and leaders. It’s district and building administrators acknowledging that ESPs are educators who support the whole child. It’s watching the look on the faces of my sons when they realized their mom was not “just a” [paraeducator]. Success is reaching just one child.

Welcome to Success Stories, a series of profiles featuring people who are redefining what it means to excel in their careers. Know someone we should profile? Submit their name by following the link here.