Democrats renew calls for ban on congressional stock trading: ‘We are elected to serve the people, not stock portfolios’ 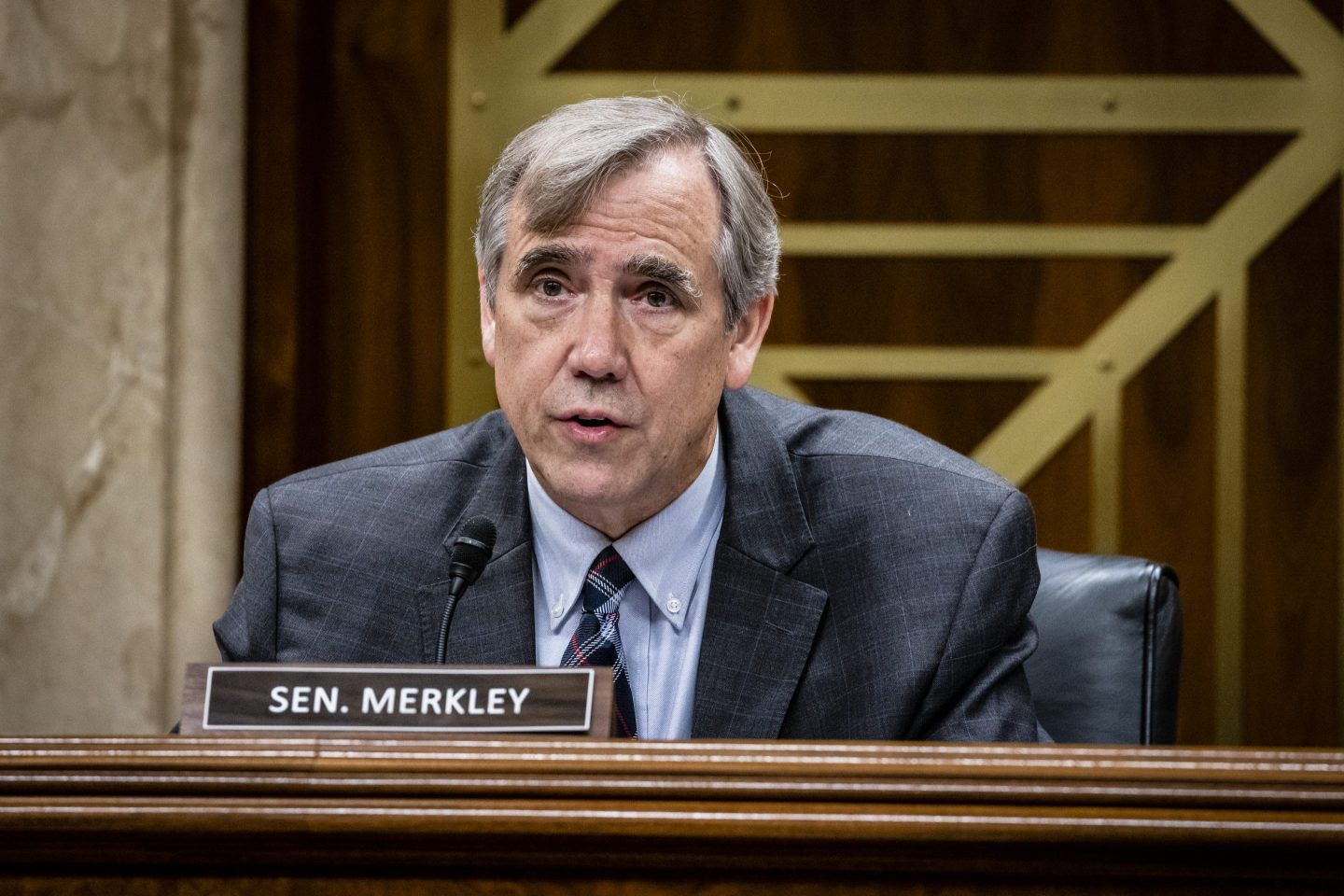 A group of Democratic lawmakers are renewing calls to ban members of Congress from trading stock while in office.
Samuel Corum—Getty Images

A group of Democratic lawmakers renewed calls for legislation prohibiting members of Congress from trading stock while in office during a press conference Thursday.

“We are elected to serve the people, not stock portfolios,” said Neguse, who led the press conference.

This week marks the 10th anniversary of the Stop Trading on Congressional Knowledge (or STOCK) Act, which bars members of Congress from using nonpublic information to inform trades. That said, some critics—including the lawmakers present at Thursday’s press conference—say the law does not go far enough, since legislators still routinely trade stocks and make money off their investments, which many see as a conflict of interest. The penalty for violating the STOCK Act is $200, a small fine that critics say isn’t much of a deterrent.

There are a few different bills that have been proposed by both Democratic and Republican lawmakers, but all generally would ban members and their spouses from trading individual stocks while serving in office. Some would also extend the ban to senior staff members. Members would still be allowed to invest in index funds. The House Administration Committee held a hearing Thursday to consider various proposals.

“This isn’t just about actual impropriety, it’s about the perception of impropriety,” she said.

Some of the proposals include the requirement that members of Congress hold their investments in a blind trust. Merkley said they are still debating whether to include that and other details in the final bill.

The push for stricter laws has picked up steam over the past year after questionable trading activity by several members of Congress in the early days of the coronavirus pandemic was revealed.

There is overwhelming bipartisan public support for such a ban, according to recent polling.