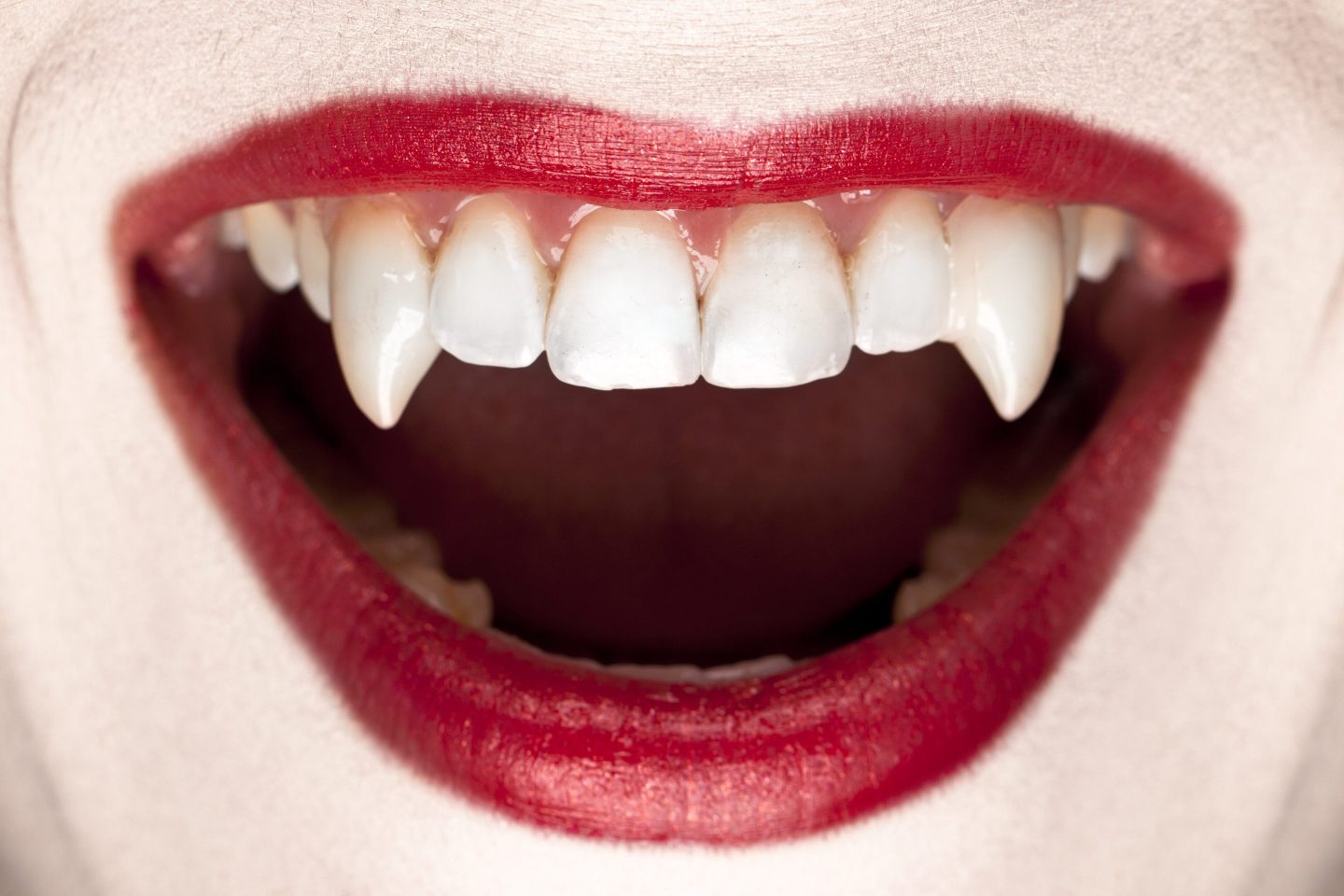 The cryptocurrency space is often compared to the Wild West, but occasionally it looks more like Dracula’s Transylvania.

On Jan. 10, an upstart NFT marketplace called LooksRare launched with a uniquely crypto-centric strategy: a so-called vampire attack, where a new platform attempts to lure users away from an incumbent by offering incentives like crypto tokens. The designated victim: OpenSea, the top dog among digital art marketplaces.

The attack illuminated the volatile dynamics of the NFT space, where the transparency of blockchains and the openness of Web3 business models mean market leaders are unusually vulnerable to challengers. Tactics like LooksRare’s show that a newcomer can, at least in theory, get big fast. “If you can gain share and if you can gain scale, it might help create some sort of network effect,” says Martha Reyes, head of research at European digital asset brokerage Bequant. “That’s the idea behind it.”

OpenSea was founded in 2017 to enable users to buy, sell, and create non-fungible tokens, or NFTs, unique digital assets on a blockchain that allow users to own and track the provenance of anything from art and music to real-world items like real estate. But the buzzy space has caught the attention of more than one new competitor angling to get in on the action.

LooksRare, which bills itself as “the community-first NFT marketplace,” was able to attract users by offering a so-called airdrop of its token, LOOKS, to OpenSea users who had transacted a hefty amount on the platform (information that anyone can see on the Ethereum blockchain). The platform is charging a 2% transaction fee, lower than OpenSea’s 2.5%. LooksRare also doles out token rewards when users trade NFTs, and lets users stake their tokens to collectively earn 100% of the platform’s transaction fees. That’s a departure from OpenSea’s business model, which collects transaction fees as revenue; what’s more, OpenSea does not have a token.

Vampire attacks are common in the broader crypto space, and OpenSea has more than one competitor (other platforms like Rarible have been around for several years).

“Every other marketplace has the exact same inventory that OpenSea has for sale, because all NFTs are on the blockchain,” explains David Pakman, a managing partner at crypto-focused investment firm CoinFund, which owns a stake in OpenSea competitor Rarible. “If you give me a better economic incentive than OpenSea is giving me tomorrow…well, that’s a really low switching cost.”

The splashy attack has had mixed results so far. LooksRare posted eye-popping daily volumes early on, with over $800 million worth of NFTs traded on Jan. 19, per Dune Analytics. But the vast majority of that volume appears to be wash trading, a practice that in this case involves investors buying and selling the same NFT to themselves to capitalize on trading rewards. According to Randy Wasinger, founder and CEO of NFT data aggregator CryptoSlam, while legitimate trading was substantial, wash trading accounted for 98% of the total sales volume on LooksRare in February, and 95% through March 22, based on CryptoSlam’s data and estimates.

Asked about the wash trading, LooksRare’s anonymous founders, who go by Zodd and Guts, told Fortune that the token rewards users get from trading are “intended to reward genuine participation in the platform, with a structure that’s designed to reduce the profitability of yield farming to the extent that it dissuades potential participants in the long term,” adding that they have “introduced several efforts to disincentivize yield farming.” (Since the founders insist on anonymity, Fortune can’t be certain they are who they say they are; but Fortune contacted them through a LooksRare spokesperson, and they agreed to answer questions via Discord direct messages.)

LooksRare’s journey thus far hasn’t been without hitches: The LOOKS token has fallen over 70% in price by late March from its high in late January, according to CoinMarketCap. Its trading volumes, like those of the NFT space at large, have also slumped; and the platform’s team came under scrutiny for transferring out roughly $30 million worth of wrapped ETH, or wETH, in mid-February (wETH is a token tied to the value of ETH, and can be redeemed for ETH).

A small portion of the LooksRare team’s tokens are also set to unlock in July, according to the platform’s documents, giving team members the right to sell them, which could be a “point of pressure…if all of a sudden they’re dumping their tokens,” Reyes suggests. LooksRare’s Zodd and Guts told Fortune that while team members are “free to do whatever they want” with their tokens, “based on conversation with team members around this topic, most have stated that they believe in the long-term prospects of LooksRare and will elect to stake the tokens.” And with respect to the transferring out of wETH in February, “we’re still here, still building, still growing.”

Even so, Wasinger argues the LooksRare attack was “largely a nonevent for OpenSea. In the midst of all this, OpenSea had their best month ever in January,” he notes. (OpenSea posted roughly $5 billion in monthly volume in January, per Dune Analytics.) And experts think its first-mover advantage and huge user base give it a leg up.

That’s “not to say that LooksRare failed or anything like that,” Wasinger says. Despite its issues, it showed “that the community does care about the shared ownership of the marketplace,” he notes. Without a token, “there’s no incentive on OpenSea right now.”

LooksRare’s Zodd and Guts argue that “the best moat you can build is the combination of a strong, laser-focused team and a passionate community, both of which we’ve already grown considerably since launch.”

“They still have volumes…and they are hiring people,” Reyes says of LooksRare. “Perhaps they will survive,” but “there’s new players coming on board.”

Indeed, the space is ripe for competitors to keep flooding in. The rise of platforms like LooksRare “[prove] that you can spin up decent front ends pretty quick that do largely what OpenSea does,” Wasinger says, adding that it will be “really interesting to see how OpenSea responds.”

Some observers wouldn’t be surprised if it adapts to keep up—including potentially releasing its own token, something the company has thus far eschewed in favor of funding operations with VC investments and transaction revenue. An OpenSea spokesperson told Fortune the platform is “less focused on competition at this early stage, and more focused on building the strongest possible foundation for the long-term future of NFTs,” adding that the platform is prioritizing “trust and safety.”

OpenSea faces increasing threats from centralized players as well, including Coinbase, which has a waitlist for its own NFT marketplace, and video game retailer GameStop. LooksRare, for one, welcomes the competition, as the platform tweeted on March 31.

Reyes also wonders how NFT platforms in general will “plug into” the broader Web3 and metaverse landscape. “I see [OpenSea] having to have a bigger role than just trading NFTs,” she suggests. (OpenSea’s spokesperson says NFTs are the “vehicles that bring more people into the world of Web3.”)

For now, Reyes thinks more crypto vampires may be looking to attack: “I think we should expect this to become potentially the norm.”

A version of this article appears in the April/May 2022 issue of Fortune with the headline, “Showing Their Fangs.”