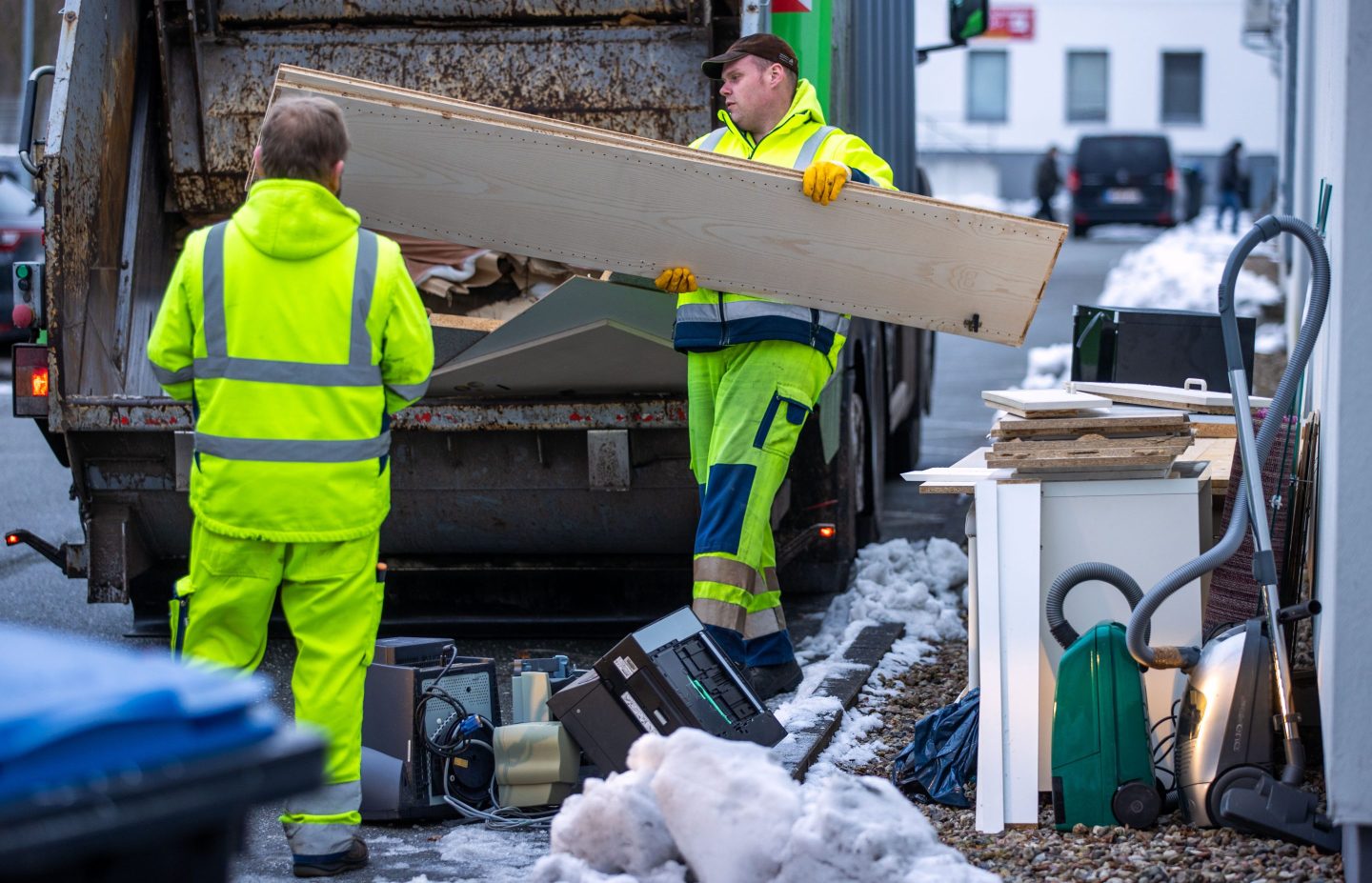 There’s a growing consensus in both the business and scientific worlds that the 2050 deadline for getting to net-zero carbon emissions is far too late to stave off climate-change devastation. Many corporations have pledged to speed up their efforts to get to zero—and some have already achieved it—but many are still lagging or, worse, greenwashing their efforts to appear more environmentally friendly.

To make it even more of a concern for business leaders, the SEC recently proposed a rule that would require corporations to include Scope 3 emissions, which come from a company’s suppliers and consumers, in their climate disclosures. It’s a daunting ask for many, as collecting the data is onerous, and there are no standards on how to report or regulate them.

So it remains up to each individual company to set goals and implement the necessary strategies to achieve them, while also maintaining profits and satisfying investors. That was the topic of Fortune’s latest CEO virtual roundtable, where executives from a number of industries—tech, financial, medical, retail, real estate, wellness, and more—discussed the issues they faced in speeding up their push to net zero.

At the outset, Boston Consulting Group CEO Christoph Schweizer laid out the problem at hand.

“The reality is that it’s not just the small- and medium-size companies who are struggling to measure Scope 3. Many of the largest ones have huge issues collecting the data,” he said. “Many of us, as CEOs have given targets, that we want to reduce it by X percent by that point in time, but then how do you really measure it, and what’s the starting point? There are huge gaps still, in particular, on Scope 3. The tools are coming together. Companies are increasingly ready and willing, but there will be quite a process to get there.”

To that end, BCG recently announced a partnership with SAP to integrate its carbon tracking and measurement tool (CO2 AI) into the latter’s business tech systems, allowing more companies to better determine their emissions. Logitech, meanwhile, has its own methods of gathering this data, and CEO Bracken Darrell said that all corporations should be trying to do the same, even if the results aren’t precise yet.

“I’m 100% a believer that 2050 is way too late. Every CEO on this call ought to have a plan that gets them much, much sooner. We’re a great example of a company that probably has 10x in Scope 3, and we feel like we have a very accurate measure downstream. But even if you don’t have a very accurate measure downstream yet, you know it’s going to get more accurate. We all should be finding a method that we think is good enough and then refining it over time, because we really don’t have time to wait until we have a really accurate measure.”

Logitech was one of several companies involved in the roundtable that’s attacking the problem by reducing its own emissions, redesigning its products to have a lower carbon footprint, and planting trees around the globe. Shaklee, led by Roger Barnett, reduced its packaging and focused on making plant-protein-based supplements, while also educating its consumers about sustainability. Gensler co-CEO Andy Cohen said that the design and architecture firm is lowering the amount of embodied carbon, which is the energy that goes into creating the materials they use, and training all of its designers to “adhere to the highest standards of sustainability.”

Andrei Cherny, of the sustainability-focused fintech startup Aspiration, pointed out that what’s helping the acceleration of net-zero goals is the fact that consumers are more mindful of climate change. He cited the Boston Red Sox as a prime example of listening to its customers, as the team just announced $1 from every ticket sale would go toward offsets for its fans’ Scope 3 emissions.

“What is really driving the conversation in the discussions we’re having with CEOs across the board is this next wave, which is really bottom up—that consumers and employees having a set of expectations and demands around sustainability that they’re bringing to the companies where they’re going to be spending their money or spending their time,” he said. “Today, we’re seeing 70% of people want to take action around climate change, demanding that the businesses that they work with are doing so.”

On the topic of both consumer demand and better regulation of emissions, Darrell brought up carbon labeling, in which every product would have data about its environmental footprint printed right on the packaging. “I think, over time, consumers are going to demand this, so we’re big advocates for accurate carbon labeling,” he said. “We’re using our own approach that we validated with an external firm in Europe. That would also be a big component of legislation requiring it, where we literally have carbon output like calories. Carbon should be the new calorie, and the people who care should be able to see it when they go in to shop and make choices based on that.”

When it comes to Scope 3, collaboration can also be an important tool, according to several executives. Suzanne DiBianca, Salesforce’s executive vice president of corporate relations and chief impact officer, said that last year the company told its suppliers that they would need to have a science-based target for emissions within three years or Salesforce would cease doing business with them. AXA CEO Thomas Buberl, meanwhile, discussed the forming of the Net-Zero Insurance Alliance where members would only do business with companies that have certain set emissions goals.

“We’ll bring the key actors of the industry together in order to agree on principles and apply the same principles across the board to have consistency, and not to have any loopholes for companies to make sure that they still fund what they shouldn’t be funding anymore,” he said. “It’s true that the competition element is always the first excuse not to do it. But when you have a common target, which is how can we make sure that we design this future ourselves, rather than for it to be designed by governments and regulators, that makes the most skeptical ones join the Alliance.”

At the end of the discussion, the takeaway was somewhat positive: With the right strategies and regulations, and a growing impetus to act from both corporations and consumers, more businesses will aim higher with their goals and meet them sooner. Cherny, while admitting that “we’re not moving fast enough” as a worldwide community, provided one optimistic way of hoping for more action in the near future.

“I think back to when I was working for Al Gore, not even around this issue. There was this moment where there was the dotcoms and the ‘real economy,’” he said. “The dotcoms were seen as separate and apart, the same way that Aspirational, Patagonia, or Salesforce were seen as different a few years back. Then there was this moment where over three, four, or five years, every business decided, ‘We need a website. We need to bring our business online.’ I think you’re seeing that play out right now in the net-zero commitments. When we have this conversation five years from now, you’re gonna see that restaurant on the corner or the mom-and-pop coffee shop say that they have to make a net-zero commitment because that’s how fast this is changing—being driven not by government or even necessarily by business, but by people power. By people saying we want to work and shop with businesses that are leading on this.”