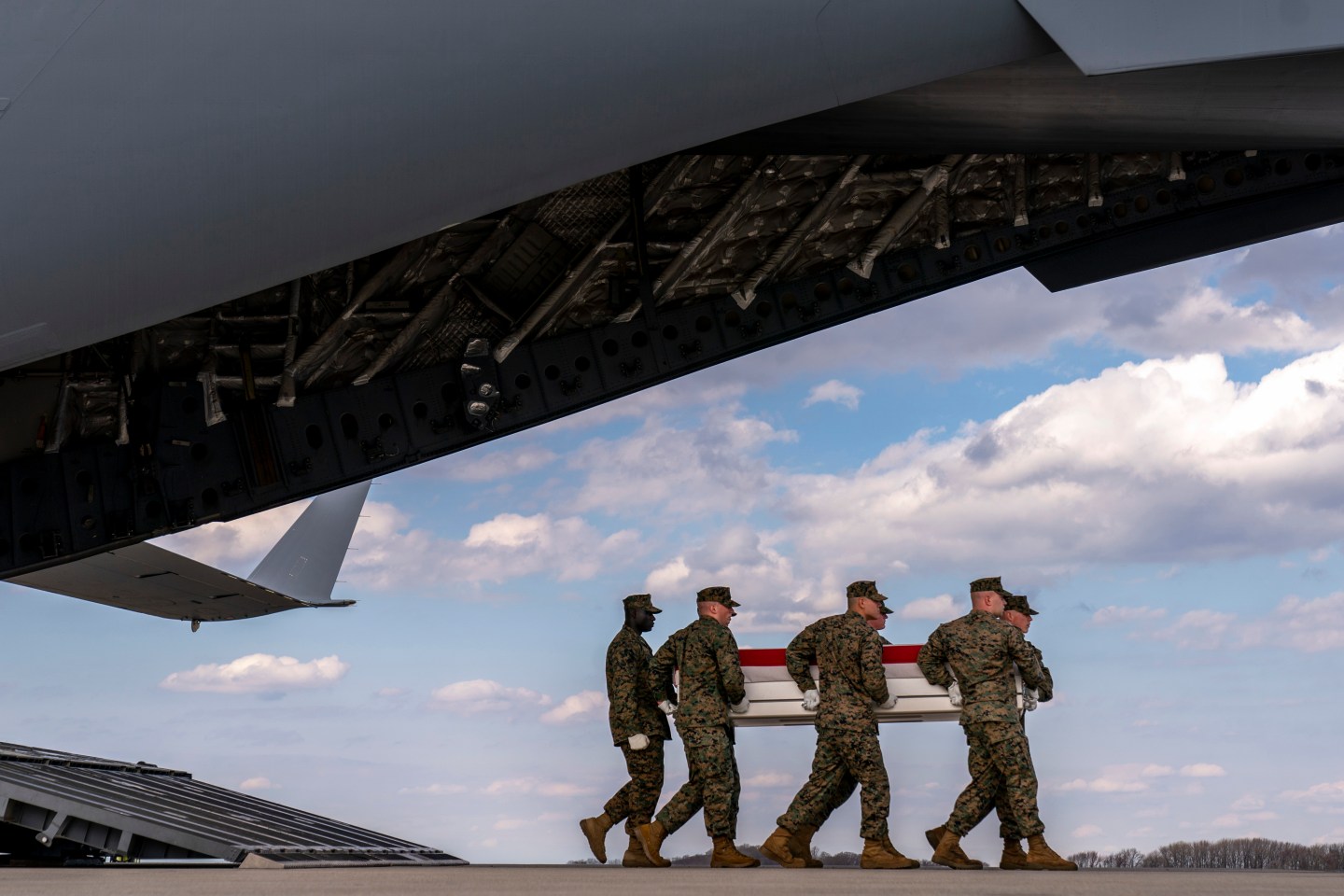 A U.S. Marine Corps carry team moves a transfer case containing the remains of Cpl. Jacob M. Moore of Catlettsburg, Ky., during a casualty return, Friday, March 25, 2022, at Dover Air Force Base. According to the Department of Defense, Moore died March 18, in an Osprey crash during a NATO exercise in Norway.
Andrew Harnik—Associated Press

DOVER, Del.—The bodies of four Marines who died in a military aircraft crash during a NATO exercise were transferred back to the U.S. Friday.

The U.S. Marine Corps said an Osprey aircraft crashed on March 18 in a Norwegian town in the Arctic Circle, killing the four Marines. Officials with the Marines said Saturday that hundreds of U.S. Marines, sailors, service members, and civilians rendered final salutes to the fallen Marines in Bodø, Norway, early Friday.