Rogozin: The U.S. will have to use broomsticks to fly to space. NASA head: We have cooperation with Russian colleagues 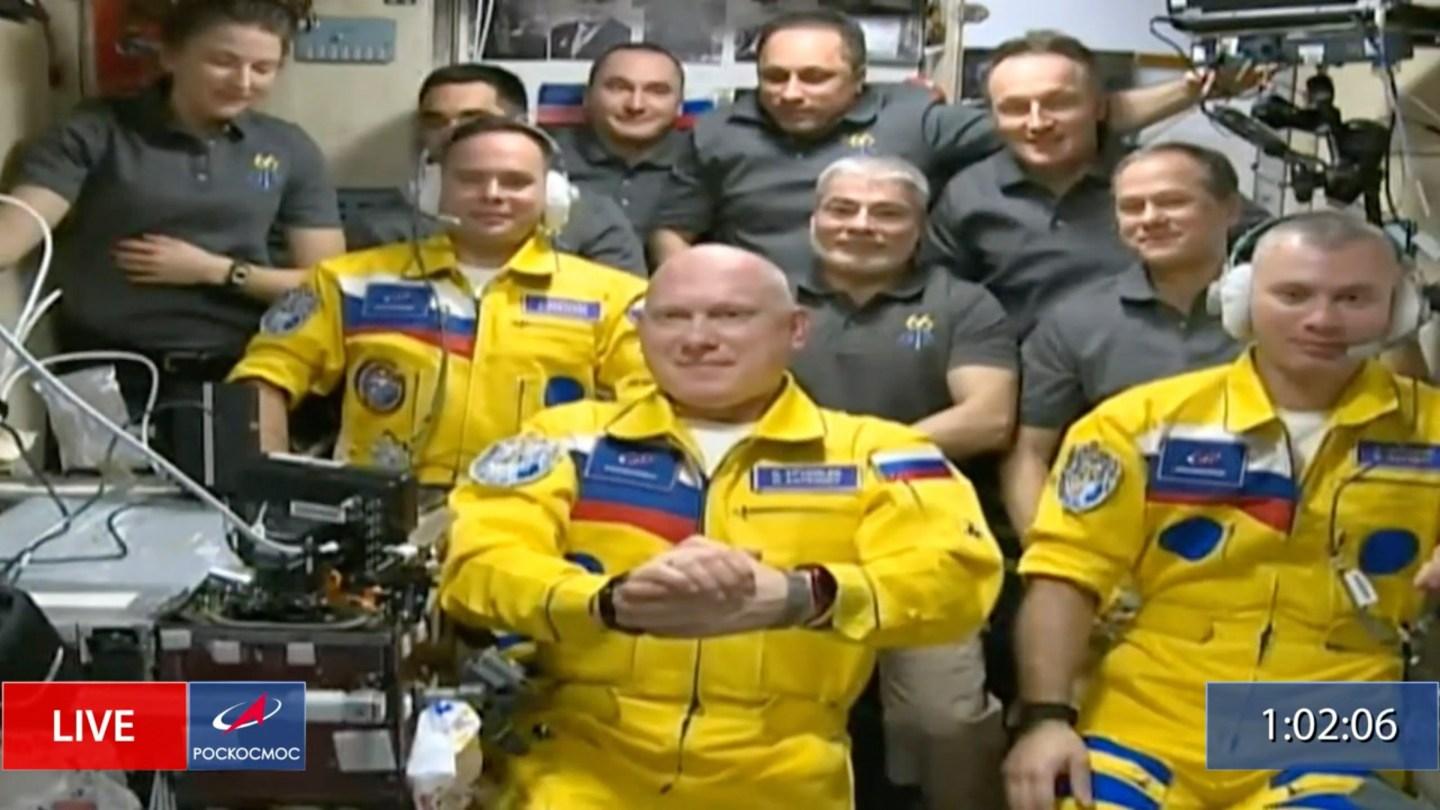 In this frame grab from video provided by Roscosmos, Russian cosmonauts Sergey Korsakov, Oleg Artemyev, and Denis Matveyev are seen during a welcome ceremony after arriving at the International Space Station, Friday, March 18, 2022, the first new faces in space since the start of Russia’s war in Ukraine. The crew emerged from the Soyuz capsule wearing yellow flight suits with blue stripes, the colors of the Ukrainian flag.
Roscosmos via Associated Press

ATLANTA—NASA Administrator Bill Nelson on Friday played down recent comments by the head of Russia’s space agency that the United States would have to use broomsticks to fly to space after Russia said it would stop supplying rocket engines to U.S. companies.

“That’s just Dmitry Rogozin. He spouts off every now and then. But at the end of the day, he’s worked with us,” Nelson told The Associated Press. “The other people that work in the Russian civilian space program, they’re professional. They don’t miss a beat with us, American astronauts, and American mission control.”

Nelson spoke with The Associated Press hours before three Russian cosmonauts launched from Baikonur Cosmodrome in Kazakhstan to the International Space Station, the first crew launch since Russia’s invasion of Ukraine in February.

The war has resulted in canceled spacecraft launches and broken contracts, and many worry Rogozin is putting decades of a peaceful off-planet partnership at risk, most notably at the International Space Station.

Besides threatening to pull out of the space station and drop it on the U.S., Europe or elsewhere, Rogozin had the flags of other countries covered on a Soyuz rocket awaiting liftoff with internet satellites. The launch was called off after the customer, London-based OneWeb, refused his demands that the satellites not be used for military purposes and the British government halt its financial backing.

On Thursday, the European Space Agency confirmed that it is indefinitely suspending its ExoMars rover mission with Roscosmos because of Russia’s war in Ukraine.

“Despite all of that, up in space, we can have a cooperation with our Russian friends, our colleagues. The professional relationship between astronauts and cosmonauts, it hasn’t missed a beat,” Nelson said. “This is the cooperation we have going on in the civilian space program.”

NASA astronaut Mark Vande Hei—who on Tuesday broke the U.S. single spaceflight record of 340 days—is due to leave the International Space Station with two Russians aboard a Soyuz capsule for a touchdown in Kazakhstan on March 30.