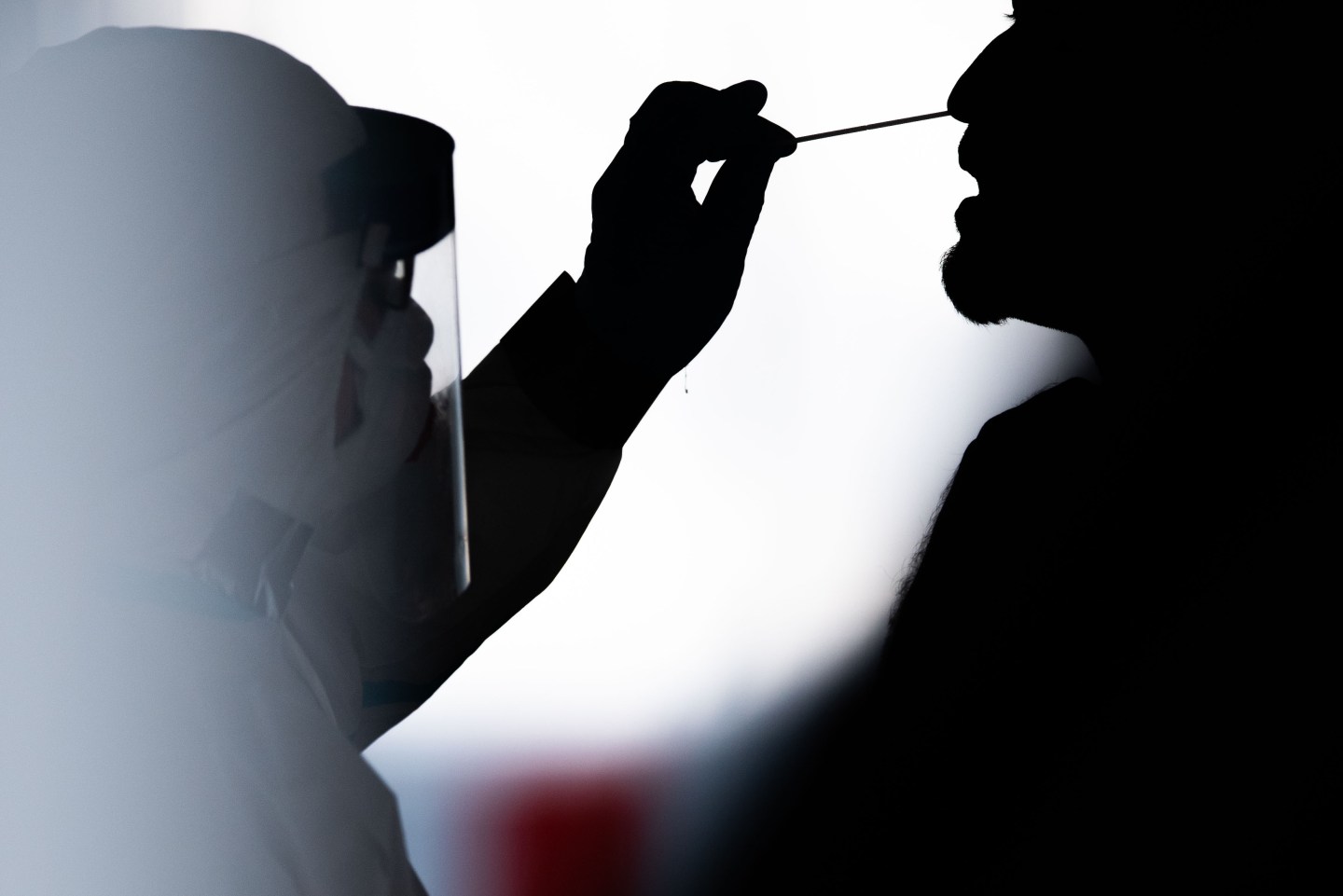 A man is tested for the coronavirus in a test center. After a severe corona outbreak in Garmisch-Partenkirchen, Upper Bavaria, it is still unclear what consequences the suspected culprit must expect. The authorities assume that the outbreak was caused by a so-called super-spreader.
Lino Mirgeler—dpa via Getty Images

You know the type: the maskless man in the restaurant who won’t stop blowing his nose and hacking indiscriminately, apparently nonplussed by the pandemic.

It’s not just you.

A study newly published to research preprint site medRxiv reviewed so-called super-spreaders—who pass on a virus to nine or more others—of three major coronaviruses, named for their crown-like appearance under a microscope.

The study found that the most typical super-spreader was a male age 40 or older, when it came to SARS and MERS, at least—so, yeah, the guy at the restaurant.

When it came to COVID, the most typical super-spreader was an adult of any age, from 18 to 91 years of age—not very specific. The study’s authors acknowledged their struggle gleaning demographic data from journal articles about super-spreaders and called on researchers to publish outbreak reports with “anonymized but useful” demographic data to fuel further research into the profile of such people.

The authors did find, however, that SARS and MERS super-spreaders were typically “very symptomatic” and later died in the hospital, while COVID super-spreaders usually had very mild illness.

How to identify a super-spreader

According to a Dec. 17 article in medical journal The Lancet, the R naught value of the original strain of COVID-19 was 2-5, while the delta variant had an R naught value of around 7. Omicron’s R naught value could be around 10, placing it up there among the world’s most contagious diseases.

But as important as the R naught value is, it doesn’t account for super-spreaders—and 10% to 20% of infected individuals may cause up to 80% of all cases, according to a June 2020 article in Nature. Thus, identifying potential super-spreaders, and super-spreader events, is super important in the battle against COVID-19 and other very communicable diseases.

A June 2020 article published in the Indian Journal of Public Health found that super-spreaders often have one of more of the following qualities:

It cited the case of a 36-year-old Austrian bartender who worked at a popular ski resort in 2020. He was thought to have infected about 1,000 individuals from Austria, Iceland, Germany, Norway, and Denmark, helping to perpetuate the spread of COVID throughout Europe.

“An epidemic containment strategy needs to include early identification of super-spreaders to limit an explosive growth,” the article stated.