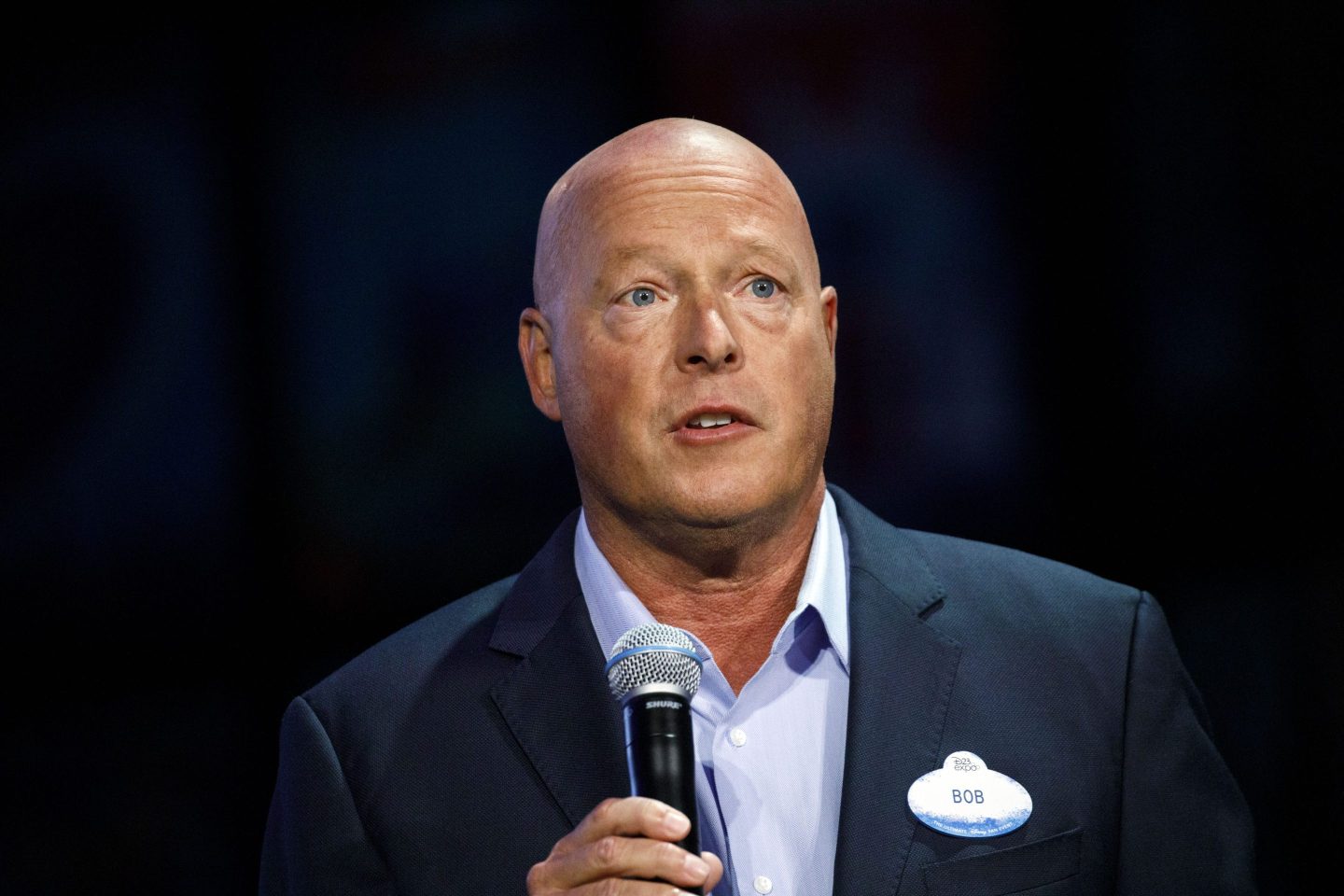 A bill written to prohibit “the classroom discussion of sexual orientation or gender identity” in Florida’s primary schools passed the state’s Senate earlier this month. Gov. Ron DeSantis has expressed intent to sign the bill—known as the “Don’t Say Gay” bill by its opponents—into law.

The bill’s path through Florida’s legislature has rocked the Walt Disney Company, one of the state’s largest employers, with workers who are members and allies of the LGBTQIA+ community protesting what they deem to be the company’s insufficient response. They have also criticized the company for previously providing funding to state politicians who supported the bill.

Disney’s chief executive officer, Bob Chapek, initially declined to comment on the legislation, before issuing a statement last week in response to criticism, apologizing to the company’s LGBTQIA+ community and affirming Disney’s commitment to its workers.

“Speaking to you, reading your messages, and meeting with you have helped me better understand how painful our silence was,” Chapek said. “It is clear that this is not just an issue about a bill in Florida, but instead yet another challenge to basic human rights. You needed me to be a stronger ally in the fight for equal rights and I let you down. I am sorry.”

Chapek gestured toward political action in the statement: “Starting immediately, we are increasing our support for advocacy groups to combat similar legislation in other states. We are hard at work creating a new framework for our political giving that will ensure our advocacy better reflects our values. And today, we are pausing all political donations in the state of Florida pending this review.”

LGBTQIA+ workers at the company issued a response this week in the form of an open letter: “While we certainly appreciate Bob Chapek’s apology note, there is still more work to be done.”

In the letter, they announced a series of protests leading up to a full walkout on March 22 along with a list of steps for the Walt Disney Company must take to “regain trust of the LGBTQIA+ community and employees.”

Those steps include stopping any construction projects and other investments in Florida until the legislation is repealed (once signed), creating an employee resource group specializing in LGBTQIA+ family issues, contributing to advocacy and support organizations including the Trevor Project and Trans Life, and launching an LGBTQIA+ brand similar to the Onyx Collective, which the company founded last year for creators of color.

The steps also demand the company stop efforts to move employees to Florida office locations and guarantee “no employee will be terminated when denying relocation” to Florida. Last year the company announced that Imagineers and other members of Disney Parks Experiences and Products (DPEP) would have to relocate to Florida from Southern California, prompting significant backlash.

Florida’s “Don’t Say Gay” bill is part of a nationwide trend of proposed legislation aimed at preventing discussion of LGBTQIA+ issues in public schools. Louisiana, Oklahoma, Tennessee, and Kansas all have similar bills moving through their respective legislatures.

Disney did not immediately respond to Fortune’s request for comment.

Are you a Disney employee with thoughts on the company’s response to the “Don’t Say Gay” bill? Reach out to colin.lodewick@fortune.com.