How this woman you’ve never heard of shaped our world 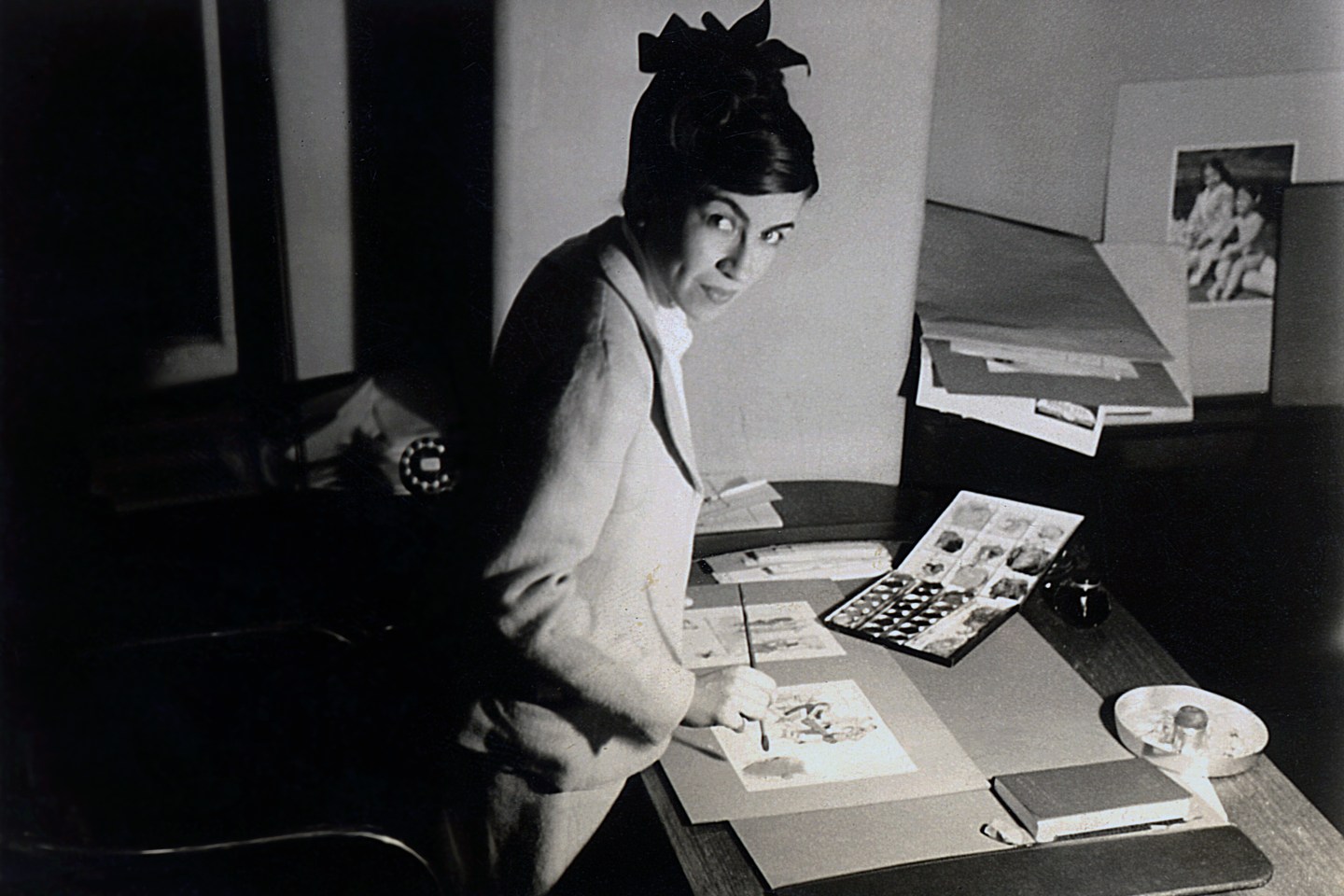 Sara Little paints at her desk, circa 1930s. Little guided product design efforts by industry giants such as 3M and Corning Glass over the course of her long career.
Courtsey of Center for Design Institute

Why do we need National Women’s History Month? Because you’ve never heard of her. Which “her” am I talking about? In this case, a woman who changed how we live and designed products that saved lives.

Sara Little Turnbull was a multi-faceted design consultant who created everything from furnishings and foodstuffs to car interiors and spacesuits. A generous collaborator for seven decades, she was unafraid of working in R&D, marketing, material science, engineering, or on the manufacturing floor. Her achievements were many and her products are ubiquitous–but you’ve never heard of her.

One summer day in 1958, Sara Little explained to the innovative 3M Corporation why they should expand their nonwoven material into many new products. Hired as a product consultant, she realized a molded bra cup was the perfect shape for a medical mask. Attaching an elastic headband and a metal nose clip to a prototype, she inspired the bubble mask that eventually evolved into the lifesaving N95.

Sara Little was literally little. Standing on her tiptoes, she barely reached five feet. The clothes that would fit her were found on the children’s racks. This diminutive dynamo cleverly employed her easygoing charm to bring her oversized intellect and innate wisdom into corporate boardrooms.

Sara’s problem-solving abilities helped clear her pathway out of childhood poverty. Everything from what she wore to what she ate was created by design. She carefully considered every possession, saving all year to buy a couture outfit, custom shoes, or household furnishings that lasted a lifetime. Her simple, perfectly designed one-dial radio from the 1960s was still in use more than 50 years later. She modeled her motto, “Fewer things of better quality.”

Sara built a better world by focusing on “tools for living” that use fewer materials, last longer, and save time. Her methodology was precise: Start with why, talk to end-users, create a plan, and implement a solution. Sara was driven to set the stage for human values in commerce. Her vision was clear, and her values were uncompromising: “The word consumer has been highly abused; I prefer to employ user.”

She admonished industry for not finding out what people needed instead of what manufacturers wanted to sell them. She decried “planned obsolescence” as highly unethical.

‘Design is for people‘

Using scholarships to attend Parsons School of Design, Sara went on to work at House Beautiful magazine. During her nearly 20 years at the magazine, she noticed the proliferation of poorly designed products. She wanted to repurpose the materials developed during WWII for use in the home. She was also keen on the changing role of women. Sara decided to leave publishing to take on the titans of American manufacturing.

Sara was often the only woman advising the CEOs who ran corporate America. Valued as their secret weapon, she impeccably siloed her own knowledge—developed while working simultaneously for many companies on disparate products. This innovative, iconoclastic designer saw connections everywhere. She understood it would be the end for her if anyone realized how much she knew. But since she was making them billions of dollars, nobody was asking.

Later in life, Sara taught at Stanford University, becoming a mentor to many influential changemakers. She encouraged her students to become the conscience of their companies: “Design is for people—to fill our needs, to make our lives easier and more graceful, to sharpen our awareness, and perhaps to uplift us in the process.”

Sara Little’s ongoing Center for Design in Seattle showcases her work and study artifacts, including body coverings, textiles, dining appointments, ornamentation, and tools for rituals. Her collections express the divinely feminine spirit of human culture around the globe.

Instead of employing the usual business metaphors of war and conquest, she observed domestic life. She was also an early practitioner of biomimicry—seeing clues in nature to inform authentic, beautiful design solutions. She was busy designing our future instead of worrying about hers. That’s why you’ve never heard of her.

Genius is not specific to gender. When the wisdom of half the world’s population is included, we can realize new possibilities. By remembering the essential work of women like Sara, we discover insights that help us solve the critical challenges of the modern world together.

Paula Rees is the principal of Foreseer, an interdisciplinary design firm in Seattle, WA that creates mixed-use destinations from L.A. to Barcelona. Rees treasured Sara’s mentorship and oversees her Center for Design.  The Center is launching a children’s book series based on Sara and her work with Lettuce Get in Trouble on May 17, 2022.