Brilliant tech and science minds want to escape Putin’s Russia. The U.S. should welcome them with open arms 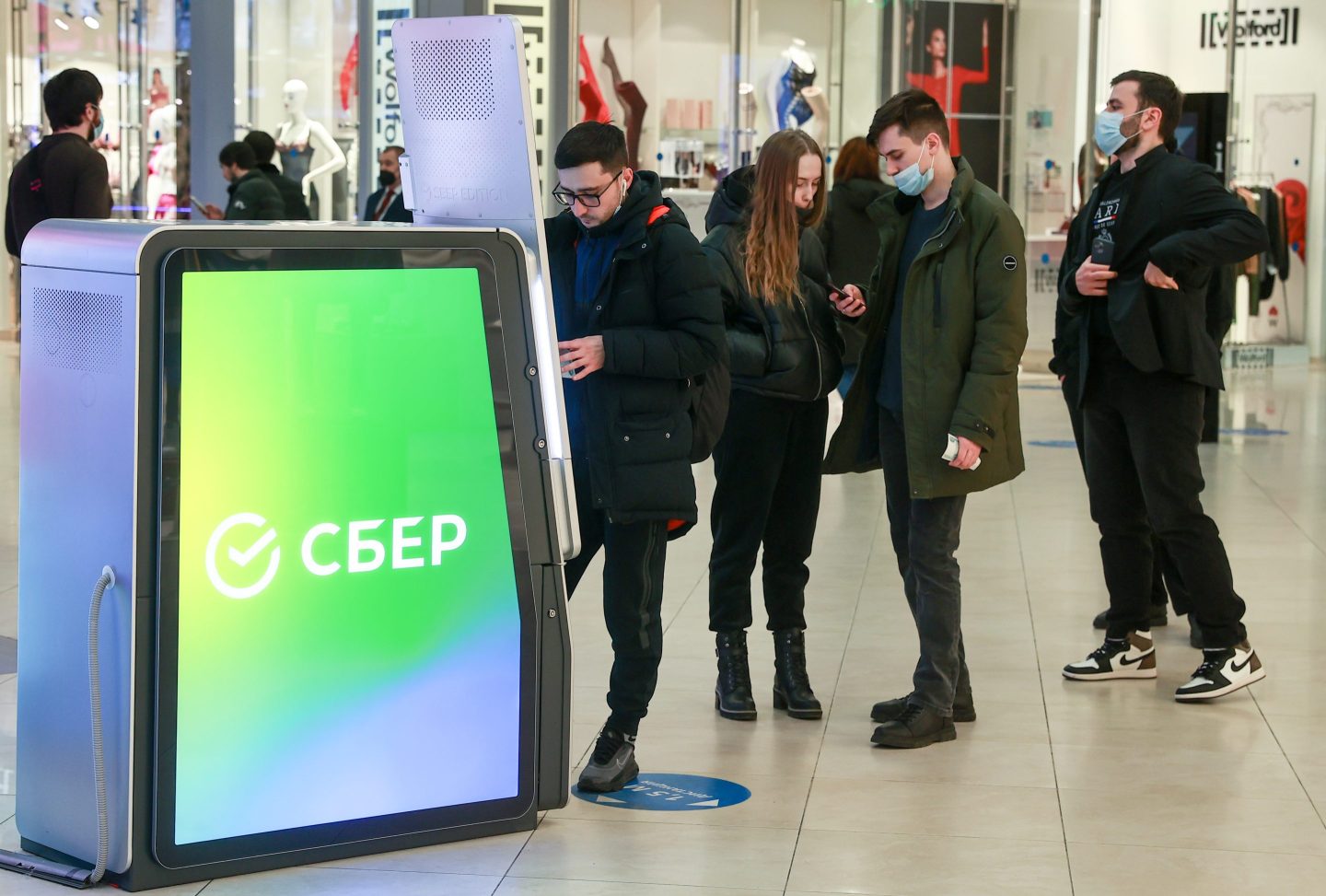 People queued up to use an ATM in a Russian mall on Feb. 28, 2022 as Western sanctions kicked in. "Right now, the precious talent pool of Russia is primed to bolt," the authors write. "We should offer them a helping hand."
Photo by Sergei FadeichevTASS via Getty Images

In Moscow, smartly dressed urbanites are queuing up at ATMs and banks to withdraw cash in order to purchase iPhones, which they expect to hold their value better than the plunging local currency. Computer programmers, doctors, scientists, advertising agency owners, and anyone who can is planning to leave—possibly forever. The educated classes of Russia see the long-term effects of Vladimir Putin’s horrific assault on Ukraine as a hammer blow to their prospects and a one-way ticket to a post-Soviet hellscape of repression and regression. Many are desperate to move to the United States.

The United States and President Biden should welcome them with open arms, offer them a green card and a plane ticket, and expedite their visas. Immigration policy is the velvet sledgehammer that could deal a death blow to Putin’s vision of a militaristic Russia, which, without the brains to implement it, can only fail. Right now, the precious talent pool of Russia is primed to bolt. We should offer them a helping hand—and help ourselves while making the world a safer place in the process.

We know firsthand the value of brilliant Russian technology talent and skilled scientists.

When Vivek was launching a technology startup in the early 1990s, he realized that Russia was awash in highly talented and motivated programmers who had the skills to solve the most complex of coding problems. He went to Russia to recruit one of the country’s top mathematicians, Andrey Terekhov, who was surviving by growing potatoes. In addition to teaching and mentoring Russia’s best scientific minds, Terekhov had created the KGB’s critical telecommunications systems and the technologies it had used to reverse-engineer software systems of companies such as IBM.

Yet the former Soviet Union, which Putin is trying to recreate, could not even afford the meager salary of this world-renowned university professor.

With his teams of researchers from St. Petersburg State University and the secluded government labs in Akademgorodok (“Academic City”), Terekhov created software re-engineering technologies that helped modernize the systems of some of the largest companies in the U.S. and Europe—and of the U.S. government. Many of the Russians who emigrated to the U.S. to work at Vivek’s two startups are now senior engineers at companies such as Microsoft, Apple, and Google.

But immediate tech brilliance and first-generation success may not be the only societal and economic benefits of encouraging immigration. As a college student volunteering as a hospital interpreter for recent Russian immigrants in his hometown of Baltimore, Alex met many highly educated Russians who were eager to make their mark in their newly adopted country. Some were working at menial jobs, as first-generation immigrants always do, but over the years their children largely lived the American dream through training as doctors, scientists, and entrepreneurs. These Russian families are now helping to keep the United States innovating.

The evidence that talented immigrants drive economic development and technological innovation is strong. Through the Internet technology boom, they founded 52% of Silicon Valley’s startups. Over the past decade, immigrants have started 55% of America’s startup companies valued at $1 billion or more, and they hold key management or product-development positions in 80% of these companies.

Some of America’s most innovative companies, including Google, Intel, AT&T, Pfizer, and Tesla, were launched by immigrants. More than one-third of all Nobel Prizes won by Americans since 1901 have gone to immigrants or foreign nationals studying or working at U.S. universities. Immigrants are critical in strategic fields such as artificial intelligence—which benefit from the deep understanding of mathematics and science that the Russian education system instills in its brightest minds.

In times of peace, skilled immigration is a net positive for both the country of egress and the country of arrival. Immigrants who forge careers, make scientific discoveries, and form companies tend to reach back to their place of origin to form bridges and economic relationships beneficial to both nations. Both China and India have reaped tremendous gains from the networks of immigrants outside their shores; China has even attempted to turn the tables by aggressively recruiting ethnically Chinese U.S. citizens with expertise in potentially lucrative fields such as artificial intelligence and genetics to return to China.

In the case of Russia, however, a rapid brain drain would be a zero-sum body blow for a variety of reasons.

To begin with, the country is losing population swiftly as women have fewer and fewer children. Due to a large contraction in births during the “lost” decade from the fall of the Soviet Union to the end of the 20th century, there are relatively few Russians in their early 20s. This will become more crucial because it delivers the double whammy of reducing the potential intellectual pool for scientists and technologists, while also presaging a further decline in population when this generation hits prime child-bearing years.

To make matters worse, the once vaunted Russian education system is on the decline due to inattention and under-funding by political elites. Though Russia continues to churn out scientists, their training is not what it once was, and many of the academic institutions that once flourished have withered. Should the older Russian scientists and engineers bolt across the Atlantic, this will leave Putin with a brain drain that will diminish his capacity to develop arms, build innovative rockets, or create vaccines against future pandemics.

We have already witnessed the impact of a combination of hubris and scientific weakness when the Russian government refused more effective mRNA vaccines in favor of home-grown vaccines which failed to protect the rapidly aging population. We are about to witness more impacts of Russia’s shortage of intellectual capital. Many of Russia’s major oil fields will struggle to continue efficiently functioning without foreign support due to the relative backwardness of Russia’s own petroleum engineering and geoscience capabilities.

We realize that it may appear heartless to offer entry to Russians alone. In fact, we think that an advantageous policy change to admit Russians is only a start. The United States should take a page from Canada’s playbook and make it easy for scientists, engineers, and others with technical backgrounds from any country to immigrate to the United States.

Such suggestions inevitably provoke assertions of predatory behavior whereby stronger, more advanced nations suck the brains out of developing nations and leave them poorer. But look at the results. Economies in Africa are amongst the fastest-growing in the world today, and many African countries have vibrant technology sectors. Nigeria, for example, is one of the world’s hotbeds for mobile games and mobile applications. In the Americas, Uruguay has one of the fastest-growing software sectors on earth. Both countries have meaningful representation of immigrant engineers and entrepreneurs in the United States, and the diaspora has helped, rather than hurt, their economies.

If we knock down our own Russian Wall and let the scientists and engineers and innovators in, their futures will be brighter, and so will ours. Their alternative, after all, in Putin’s Russia, is to plant potatoes for survival.

Vivek Wadhwa and Alex Salkever are coauthors of From Incremental to Exponential: How Large Companies Can See the Future and Rethink Innovation, a new book on how companies can thrive in this era of rapid change.