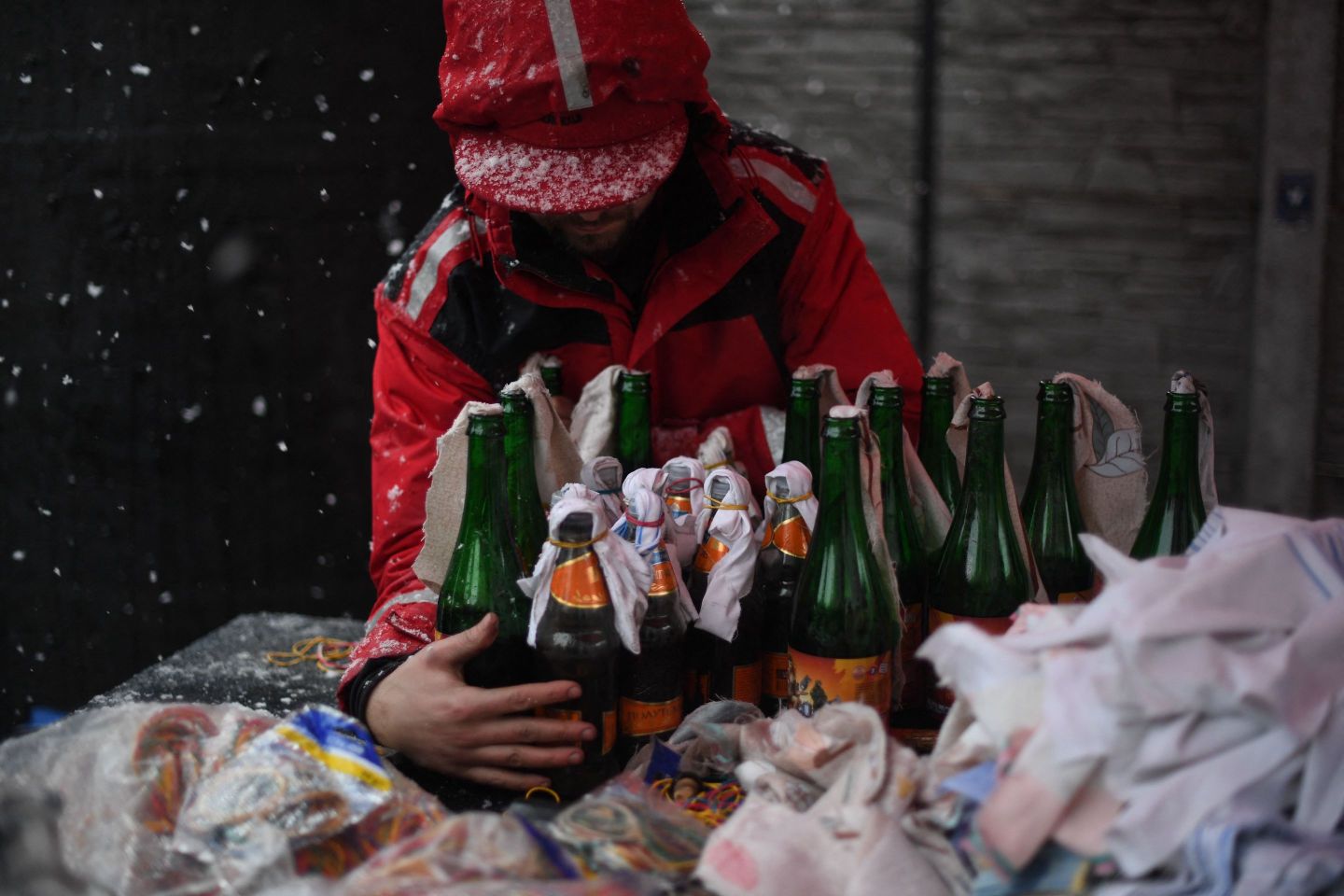 A volunteer demonstrates the preparation of Molotov cocktails at the Pravda - (Truth) brewery in Lviv.
Daniel Leal/AFP via Getty Images

A Ukranian brewery has stepped in to help amid fears that Russian tanks will invade the Western city of Lviv.

Yuri Zastavny, the owner of Pravda Brewery, posted a picture of the beer bottles containing the homemade firebombs on his Instagram.

Zastavny told Fox News in an interview that the initiative came from his coworkers who wanted to help out in some way. They decided to put their chemical knowledge and labor towards a craft that requires safety and precision, just like beer.

Civilians have been receiving lessons on how to make Molotov cocktails from military instructors, and television stations have been broadcasting instructions. The Ukrainian Defense Ministry has also encouraged making these, urging citizens through Twitter to make the petrol bombs and take down the occupier.

This, is not the first time Ukrainians have had to make Molotov cocktails.

In 2014 when Kyiv had its pro-Western uprising that ousted a Kremlin-backed regime, civilians produced and used the cocktail.

Zastavny has faith that Ukraine will win because Russia not only faces the Ukrainian army, but its more than 40 million citizens.

Across the country, other civilians have also taken up the craft. In the city of Kyiv, there is an ongoing operation basement producing cocktails as well, according to a report from the Los Angeles Times. One way or another, the Ukrainian people are banding together and finding ways to help fight the Russian invaders.