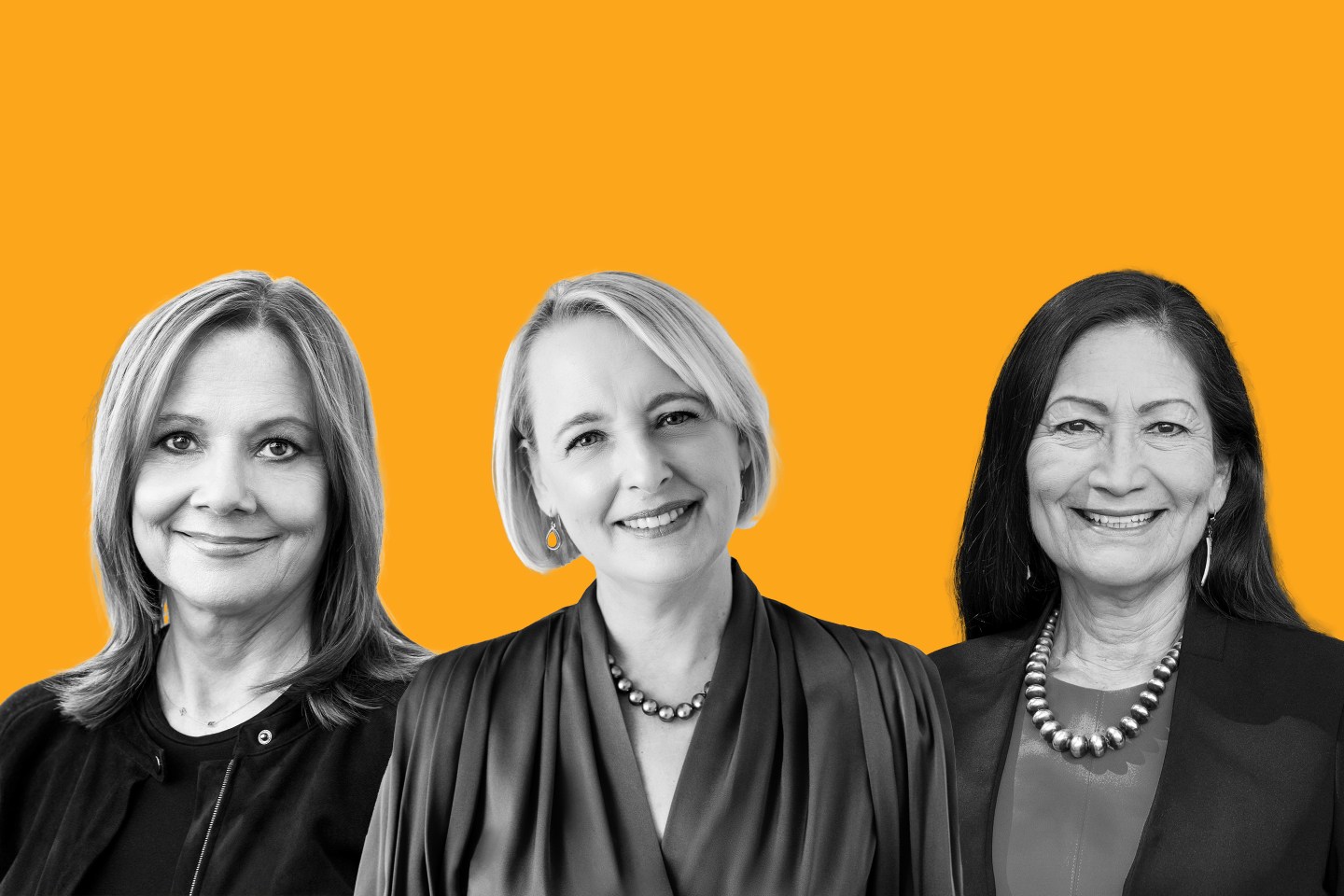 A woman walks into a boardroom…

There’s a 92% chance this is a joke, because roughly 8% of CEOs are women.

Women’s History Month isn’t supposed to be funny. And yet, the stats on gender equity in this country are simply absurd.

The gender pay gap hasn’t budged in 15 years. The United States is the only industrialized nation without a federal paid family leave policy, so one in four American women returns to work just 10 days after giving birth. There are more chief executives named Michael and James than women who lead S&P 500 companies. Women raised just 2% of a record $330 billion in VC funds last year, the smallest share since 2016.

And the kicker: The World Economic Forum says it will take 135 years to reach global gender parity.

This is a joke, right?

We all know these facts, and maybe some of us have grown to accept them. It feels like progress has stalled, and we’re stuck in a time warp.

Yes, we have our first woman vice president in our 244-year history. And now there are two Black women CEOs running Fortune 500 companies. These are massive accomplishments but only incremental changes. At the rate we are going, we’ll be lucky if our children’s grandchildren see true gender equity.

But it’s not hard to imagine what that future could look like—just look at that impact being made every day by the few women who are in positions of power:

With Julie Sweet as CEO of Accenture, the company’s board of directors is now 50% women, and women make up 49% of new hires. At the same time, the company is also seeing improved financials: Accenture increased revenue by 27% for the first quarter of fiscal year 2022, with shareholder earnings growing by 28% year over year.

As the first Native American cabinet secretary, Deb Haaland established a 13-member task force within the Department of the Interior to rename more than 600 geographic sites across the U.S. that contained a derogatory term referring to indigenous women.

And with Mary Barra as CEO of GM, the company is one of only three global businesses that doesn’t have a gender pay gap.

To deliver higher returns to shareholders, end the gender pay gap, and spur innovation, the solution is simple.

In a world where women have a seat at the table, there is national paid leave—and both women and men take it. There is gender and racial diversity at every level, which in turn leads to higher shareholder returns. There is more innovation and fewer monopolies, creating radical solutions to global crises, and the internet and Web3 become safe spaces for all.

While there are so many impactful, course-correcting STEM and leadership programs that target young women today, including Girls Who Code, Girls With Impact, and Girls Inc., we don’t have to wait to see these women grow up and get jobs before we see meaningful change.

There are 5 million executive women in the United States right now—women who are ready to take the helm of companies, to serve on boards, to run for office. If we want to do it, we can change the world today. Promote them. Open the doors. Give them a seat at the table.

To genuinely honor the trailblazers of our past, we must escape the Women’s History time warp and forge the way to our future. At Chief, we aren’t calling it “Women’s History Month” but are celebrating “Women’s Future Month,” and continuing our commitment to support today’s most powerful women executives who are paving the way.

Women have always been powerful. It’s past time to let them lead the way.