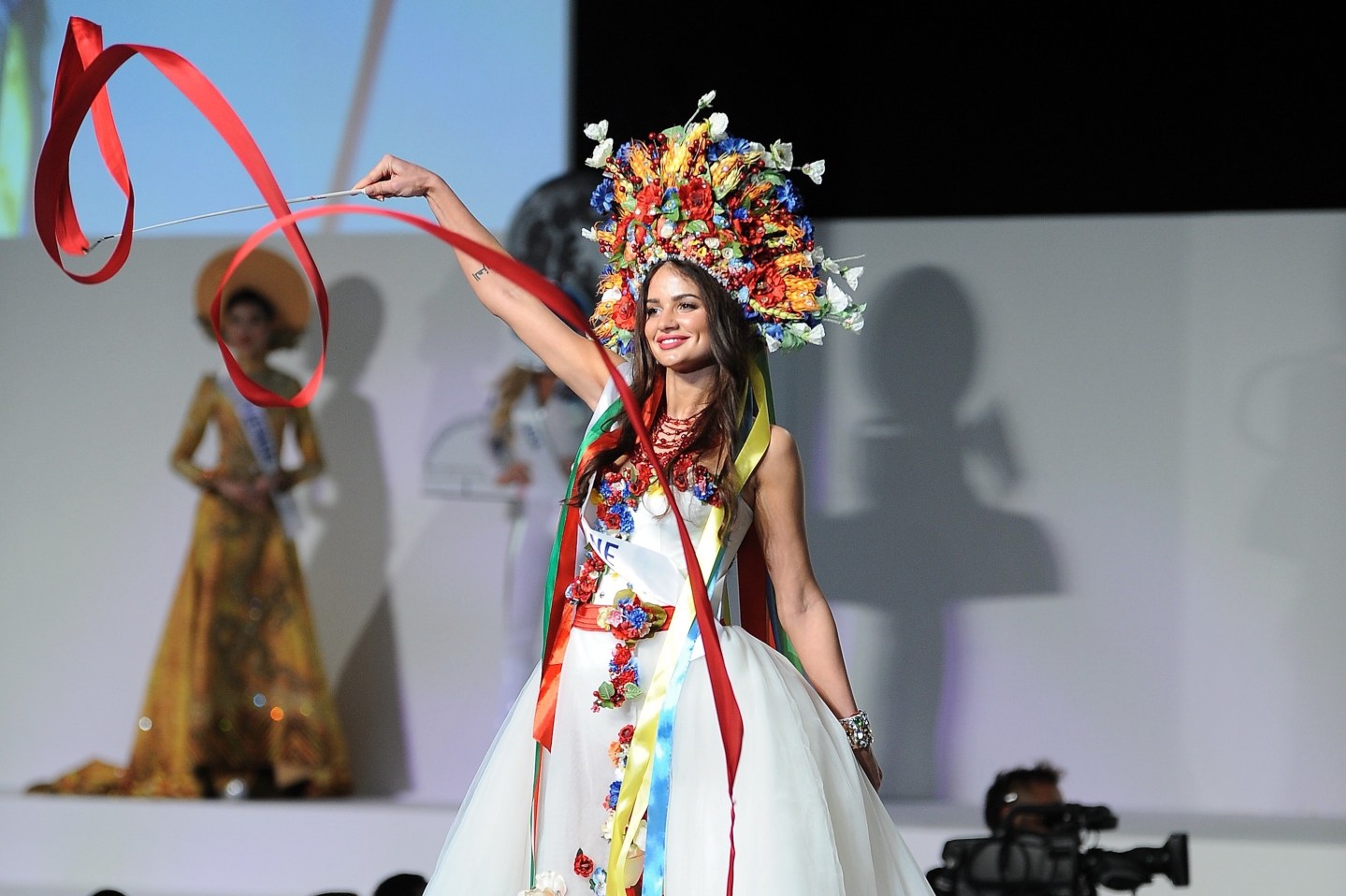 In 2015, Anastasiia Lenna was Ukraine’s Miss Grand’s international beauty contest representative. She reportedly started modeling at the age of 13 and graduated from Slavistik University in Kyiv. She speaks five languages and has worked as a translator and a marketing and PR manager.

She has 245k followers on Instagram and has used her platform to spread awareness about the ongoing crisis in Ukraine. A week ago, she posted a picture of herself in a military uniform and holding an airsoft gun. According to The Independent, she also posted a video of herself on her Instagram story shooting an assault rifle at a shooting range on Sunday. These posts led many to believe that she had enrolled in the army.

However, earlier today, she clarified on a lengthy post that she is “just a normal human” and an “airsoft player” and that her pictures are to inspire people and show how strong, confident, and powerful the women of Ukraine are. She called on her audience for action and to help stop Russian aggression.

Lenna is a big supporter of Volodymyr Zelenskyy and posted a picture of him walking with soldiers calling him “a true and strong leader.”

According to The Sun, she posted a call for action to remove road signs in Ukraine to make it difficult for invaders to navigate the country.

Civilians in Ukraine have been encouraged to fight against the Russian troops. Men aged 18 to 60 have been banned from leaving the country. Firearms are being distributed to anyone who wants to fight, and in cities like Kyiv, Lviv, and Dnipro, Ukrainians have been making petrol bombs called Molotov cocktails to aid the battle. Unarmed civilians have also taken a stand by kneeling in front of Russian tanks to prevent them from entering villages.

Reports suggest that 240 Ukrainian civilians, and 4,300 Russian soldiers have died since the conflict started, according to The Independent.