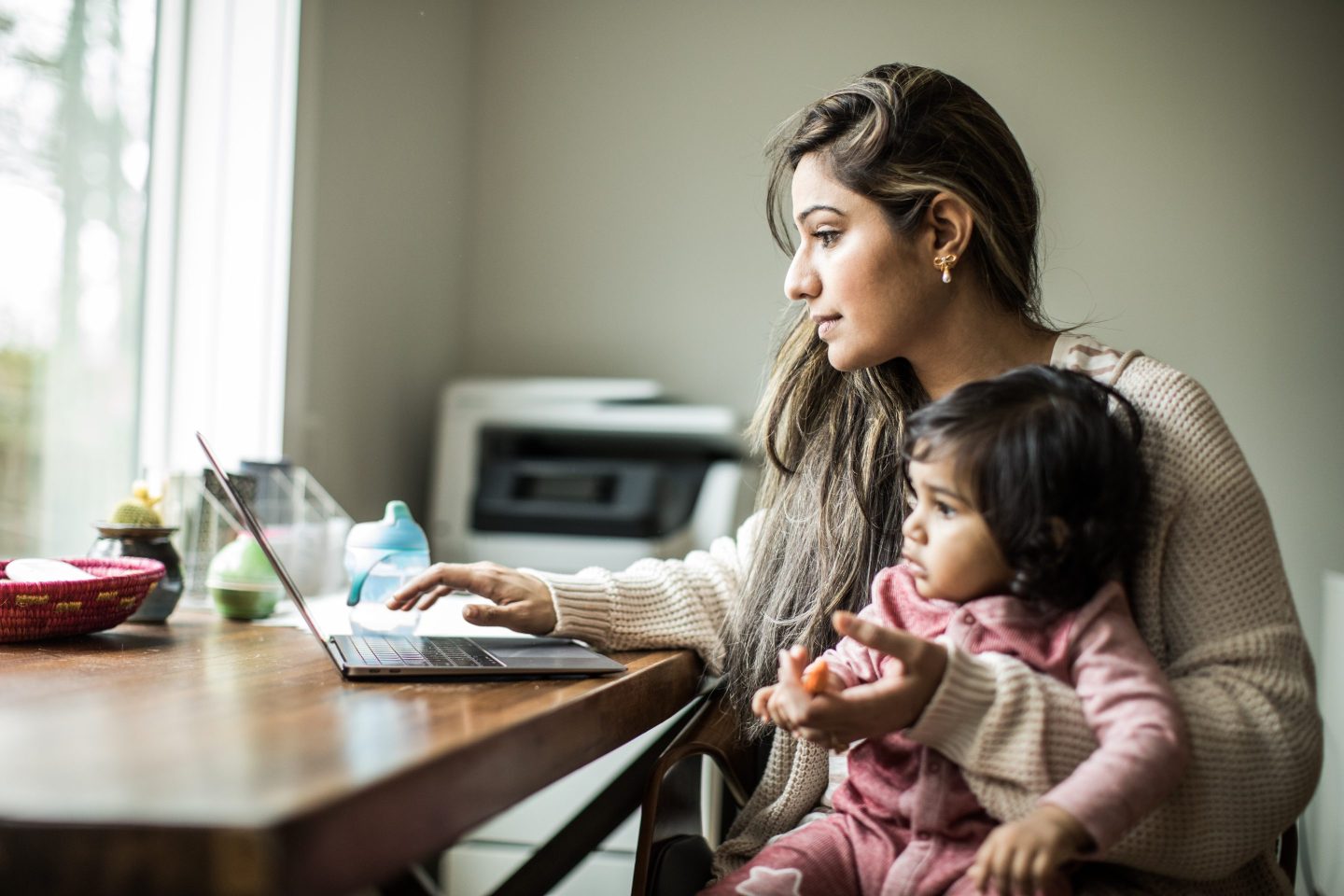 A working mother in her home office. “The pandemic stunted progress toward gender equity, and we are only now starting to crawl back,” writes Katica Roy.
Getty Images

As a gender economist, my job is to examine key trends of intersectional gender equity and quantify them in economic terms. The past two years have kept me on my toes as the pandemic has brought the cracks of intersectional gender equity to the surface. Women were not only on the front lines of the pandemic, they shouldered the majority of the job losses and fell out of the workforce at a rapid clip.

The pandemic stunted progress toward equity, and we are only now starting to crawl back. And crawl back we must. Achieving true gender equity represents, by my calculations, a $3.4 trillion economic opportunity for the U.S. Let’s take a look at five key trends in gender equity from the past decade and consider how the pandemic influenced them in both good ways and bad.

The first 11 months of the pandemic shaved off 32 years of progress toward gender equity in the labor market. The U.S. went back to 1988 levels in terms of labor market gender equity. Based on my research, such backsliding triggered a $1.4 trillion write-off in economic growth. As of November 2021, women’s labor force participation had “progressed” only back to 1989 levels (57.5%).

Educational attainment gaps were narrowing around the world prior to the pandemic. Thirty-six countries had achieved full gender parity in education, and 134 more countries had siphoned off approximately 93% of the gap. The pandemic jeopardized this progress, as 11 million girls in lower-income countries are now at risk of permanently dropping out of school. It’s in everyone’s best interest to ensure girls and women receive equitable access to education: GDP per capita increases by 10% for each additional year of education, according to research published by Pipeline.

When Transportation Secretary Pete Buttigieg went on paid parental leave in 2021, he infused fresh energy into the conversation around what it means to “be a man.” More dads wish to join Secretary Buttigieg, but outdated gender narratives hold them back. Less than 5% of new dads take at least two weeks off after the birth of a child, even though nearly half of new dads support paid parental leave. We must forge ahead with new narratives on masculinity. This includes creating stigma-free pathways for fathers to engage more with their households. Doing so benefits everyone because gender equity is not a zero-sum game. In fact, a gender-neutral allocation of household labor would increase output per hour by 5.4%.

The good news is that women now make up 32% of the global A.I. and data talent base, according to the World Economic Forum. At the dawn of the pandemic, women represented a meager 22% of this workforce. We must continue to narrow the gender gap in future-of-work jobs; otherwise, women, businesses, and our economy will be left behind. A Pipeline study across 4,161 companies in 29 countries found that for every 10% increase in gender equity, revenues increase by 1% to 2%. Closing the gender A.I. gap would also insulate future generations from the looming threat of bias in A.I.

The #MeToo movement took off in 2017 and gave survivors of sexual harassment a voice to speak out on matters of equity. Almost five years later, the battle to combat workplace harassment rattles on. Andrew Cuomo resigned as governor of New York. Six state treasurers called on Activision Blizzard to examine its toxic workplace. Pinterest, for its part, paid $22.5 million in a gender discrimination lawsuit brought by Françoise Brougher. Legislation to end forced arbitration among private employees in cases of on-the-job harassment recently passed in both houses of Congress, a major step forward in enabling workers to seek justice when workplace mistreatment occurs. Silencing employees doesn’t bode well for companies, especially in today’s tight labor market.

The journey toward equity for all

We’ve agonized over the problem of gender inequity long enough. 2022 is our year to roll up our sleeves and narrow the gender equity gap. Learn more about each of these five trends (plus five more) and the specific commitments it will take to move the needle on gender equity in the year ahead in my longer report here.

Katica Roy is a gender economist and the CEO and founder of Pipeline, a SaaS company that leverages artificial intelligence to identify and drive economic gains through gender equity.