El Salvador says tourism is up 30% since it made Bitcoin legal, but the country is still on the brink of economic disaster 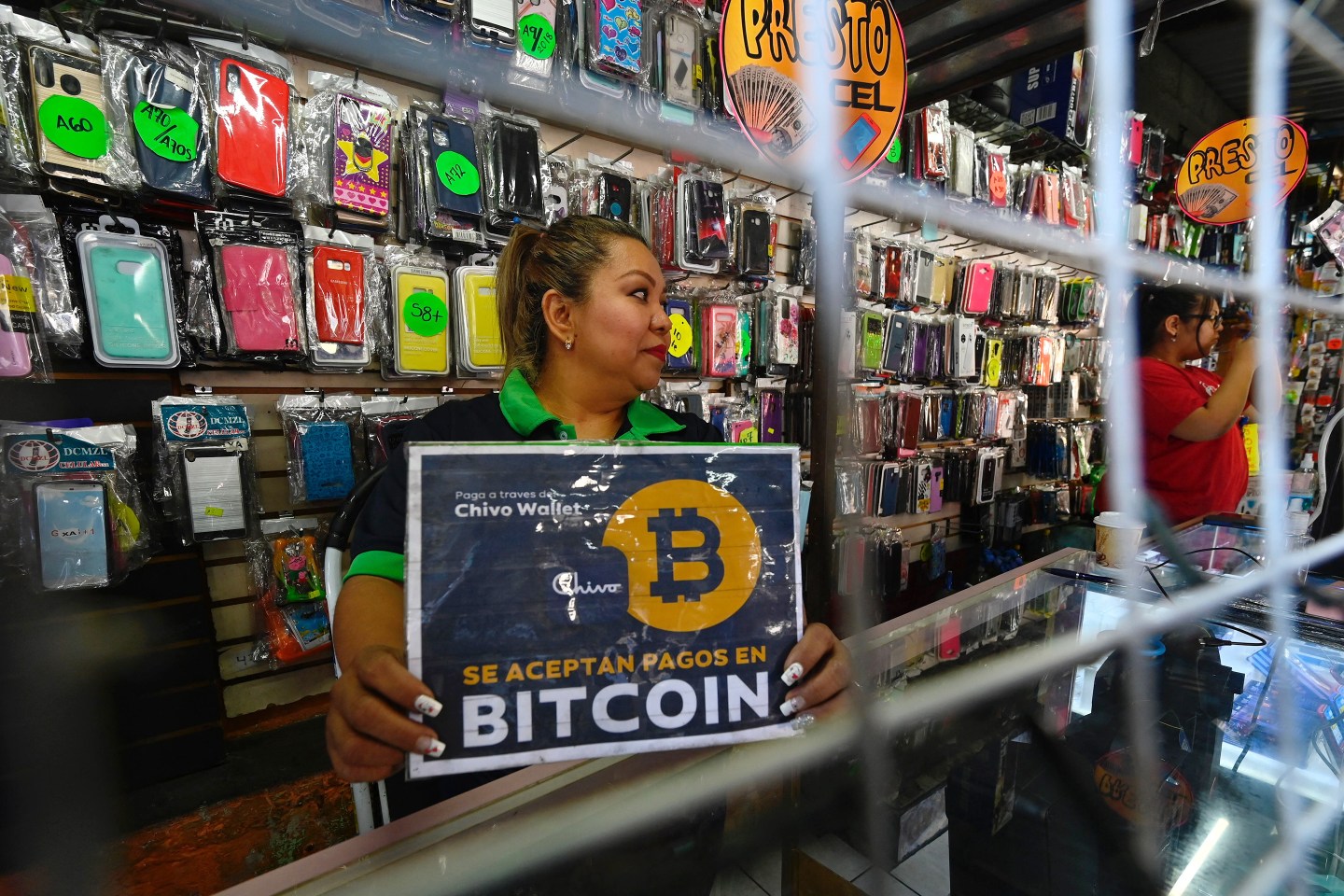 While the Bitcoin law likely brought some new crypto-savvy tourists to El Salvador, it has also brought the country a new set of headaches.
Marvin Recinos—AFP/Getty Images

The government’s new tourism numbers show a 30% jump in tourism since it made the cryptocurrency legal tender, and it’s crowing about a double-digit increase in GDP in 2021. There’s a lot more to the story.

Yet while the Bitcoin law likely attracted some new crypto-savvy tourists to El Salvador, it has also brought the country a new set of headaches.

Bitcoin is down about 17.5% since the start of the year and down 44% from its highs last November. The “crypto winter” and the Bitcoin buying habits of El Salvador’s millennial president, the backward-cap-and-aviators-wearing Nayib Bukele, have lost the country as much as $22 million in reserves, according to the Los Angeles Times.

Although Bukele is using the state’s treasury funds to purchase Bitcoin, he has claimed on Twitter that he often buys the cryptocurrency “naked” from his smartphone. The process of how the country buys Bitcoin is mostly shrouded in secrecy, and the government’s Bitcoin address is a secret, according to Bloomberg. The government claims to have a $150 million fund at state-run bank Bandesal to back its Bitcoin holdings, but it hasn’t revealed any details beyond that.

The secrecy is an issue because El Salvador’s economic future could depend on the success of this law.

As Fortune’s Shawn Tully reported, Bitcoin is especially hurting El Salvadorans by making remittances more expensive, and the country relies on remittances from citizens living abroad (usually in the U.S.) more than any other in the Western Hemisphere. They’re a quarter of El Salvador’s GDP. But it does concentrate the grip on the economy held by Bukele, who once called himself “the world’s coolest dictator.”

One party closely watching is the International Monetary Fund, which distributes loans and aid to member countries around the world. It has told the country several times that using Bitcoin as legal tender is a bad idea. In a recent warning in late January, the IMF said in a press release that El Salvador should stop using Bitcoin as a legal currency because it “entails large risks for financial and market integrity, financial stability, and consumer protection.”

The IMF’s opinion on its Bitcoin law matters: The country is asking the organization for a $1.3 billion loan to help pay off the $1.2 billion it owes in external debt payments due next year. The deal seems increasingly unlikely based on El Salvador rejecting the IMF’s request that it drop Bitcoin as a currency and the treasury minister’s retort to a local TV station that “no international organization is going to make us do anything, anything at all.”

Credit agencies say the country’s in a bad position. On Wednesday, Fitch downgraded the country’s Long-Term Foreign Currency Issuer Default Rating to CCC, a level that indicates there is a real possibility that the country will default on its debts. Fitch cited the Bitcoin law, as well as debt continuing to exceed GDP by a large amount in 2022, meaning it’s not producing enough to pay off what it owes. Its debt currently now exceeds GDP by 50%.

On top of these troubles, as Fortune previously reported, the government of El Salvador could also soon be put on the “gray list” of countries suspected of or found to be engaging in wrongdoing by the intergovernmental Financial Action Task Force. This agency, responsible for anti-terrorism and money-laundering policing, imposes strict reporting requirements on the banking and business transactions of “gray list” countries, especially when they involve virtual assets. Strict reporting could kill any chance that the crypto could serve as a viable currency.

Just a week ago, the U.S. Senate wrote a bill that, if passed, would be a first step to triggering FATF action against El Salvador. “El Salvador recognizing Bitcoin as official currency opens the door for money-laundering cartels and undermines U.S. interests,” said Bill Cassidy (R-La.), a cosponsor.

Although El Salvador has touted its Bitcoin law as a major success, it is far from an unequivocal triumph. It is seeing an increase in tourism, which Bukele has labeled as an economic priority, but the country still has many hurdles ahead.