Has tech truly disrupted the economy? Not so much so far 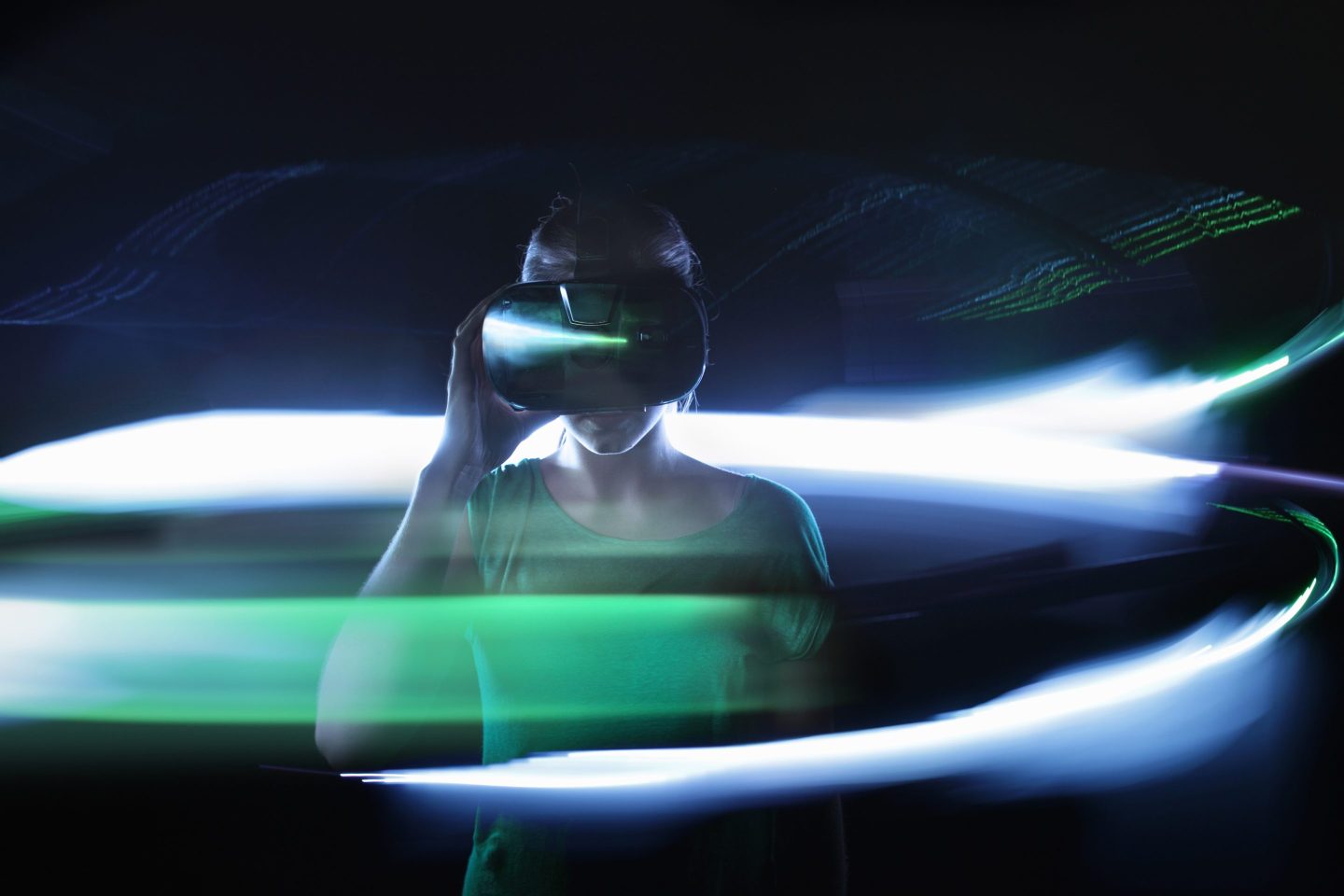 "Digital technology is so ubiquitous in our lives that the claim of disappointing economic impact may seem implausible," the authors write. A deeper dive into the numbers explains that dissonance.
Getty Images

Digital disruption may be an accomplished fact for consumers enjoying ever more innovation, and for the firms driving it, but there is little evidence of macroeconomic disruption. Despite the relentless transformation of the user experience, the idea of meaningfully higher productivity growth across the economy remains wishful thinking.

If digital tech is to drive productivity growth, it must meaningfully and structurally change the ratio of inputs and outputs. In the goods economy, automation technology has achieved that by gradually removing labor cost from production. But in the service economy, which critically depends on human interaction, productivity growth has been and remains sluggish even as innovation continues at breakneck speed.

Despite this, we should not rule out the idea that digital technology could overcome a set of hurdles and deliver a meaningful macroeconomic tailwind—in future. Yet productivity shifts are rarely linear or fast. They happen slowly—as did network computing from the mid-1990s after decades of disappointing growth impact.

Digital technology is so ubiquitous in our lives that the claim of disappointing economic impact may seem implausible. Yet, consider taxi services, an area of marvelous and relentless innovation and investment. Firms like Uber and Lyft have radically changed the user experience, but the production function remains largely unchanged. One car is still driven by one driver.

To be sure, demand for taxi rides has grown as the disrupters brought their services to previously underserved areas. But the number of drivers has grown proportionately. More broadly, while digital user experiences have percolated through the transportation sector, the value added per worker in transportation services has declined over the past decade, after being essentially flat for the prior two decades.

Similar dynamics play out across the service economy, which depends on human interactions that are far more difficult to standardize and automate than nonreciprocal physical production processes, say in robot-assisted assembly lines. In education, productivity has been falling for many years. In the health care sector, value per worker has been essentially flat over three decades.

These are not just hand-picked negatives. The service economy as a whole is rife with innovation yet posts productivity growth far weaker than the goods economy. And since services are growing their share of total output while goods production is losing share, the net impact is that services have been dragging down aggregate U.S. productivity growth for some time.

To be sure, not all this productivity growth is technology-driven—the relentless proliferation of value chains into cheaper geographies also played a role. Yet both forces allowed productivity growth to enhance and displace labor. Of course, while these structural drivers significantly improved productivity growth they also carried challenging socio-economic and political costs, particularly where labor was displaced into less productive and less remunerative activities.

Another strong sign of disruption is falling prices. Disruptive technological advances allow productivity gains to be passed on, and deflation is exactly what we have witnessed in durable goods over the last 30 years or so. Between the start of 2000 and the start of 2020, the price level of durable goods declined by over 30%.  And while durable goods prices have led the current surge in inflation, our own view remains that the pandemic has not permanently upended these structural deflationary forces.

What are the hurdles?

If falling prices are a sign of significant tech disruption, then the service economy has few substantial cases. Digital music is a rare example of service sector disintermediation with concomitant price declines. Elsewhere, the price level of services have typically climbed relentlessly—transportation is up 49%, education 157%, healthcare 59% over the last 20 years.

Why does digital technology not translate into macroeconomic tailwinds today? There are a range of hurdles, of which we outline four, each playing a part in nearly every industry to some degree or another.

First, technological maturity. Across the board, the technological capabilities required to displace labor in services are far more sophisticated than in automation and production. It is incredibly hard to replace humans in services because their tasks are typically not uniform and predictable—but require judgment, situational awareness, or even the ability to project empathy, read human emotions, and understand tone.

To be sure, natural language processing and speech recognition have made great strides as seen for example in processing basic customer inquiries. Yet handling a bespoke request or complaint from a customer remains out of reach. Similarly, algorithms are impressive at processing visual imagery in real time—yet autonomous driving is years behind promised schedules and still failing at fairly common traffic situations (consider left turns).

An additional problem with tech maturity is that while digital technology may be capable of partially replacing human tasks, that does not change the need for a human. Consider ride sharing again, where technology can impressively match driver and passenger in real time, eliminate the need to instruct a driver, and settle payments quietly before you’ve even closed the door behind you. But none of that has reduced the full cost of one indivisible driver.

Second, even where technology is mature enough, societal reservations may stand in the way. Consider education, where technology has a mixed reputation. Few would argue for more remote learning, particularly in K-12 settings, for reasons the pandemic highlighted all too well. But even where tech holds real prospects—think of the ability to focus teachers’ efforts on customized learning, intervention, and progression—it is difficult to imagine that parents, teachers (or their unions) would sign up for lower teacher-student ratios.

Third, technological maturation may be slowed by regulatory lags or constraints. Where technologies are deployed with risks to human safety, as is the case in many services, there likely will be (and should be) stringent safeguards and requirements, thus stretching out adoption, rate of learning and so on. This means the legal environment and risk appetite of firms (and politicians) often lags behind technical capabilities. Whether this is the ability to fly drones, the management of health care systems (and records), the ability to disrupt education, or the ability to test autonomous cars—the rules that would facilitate and accelerate adoption are often lagging or lacking.

Finally, we should not forget the cost of technology, an enemy of productivity gains. Consider a doctor with an established practice adding a virtual telehealth channel. Her original costs are unchanged (office rent, front desk staff, medical devices, etc.). But adding a virtual channel will add to that fixed cost and additionally will require the handling of two channels, their integration, and managing that complexity. This additional layer of cost likely delivers a drag on average productivity.

Despite the current lack of impact, it would be foolish to dismiss the possibility of a future tech-driven growth and productivity boom. Macroeconomic impact trajectories are not linear or easily predictable—and today’s COVID-induced technological acceleration has opened up unique opportunities for testing and adopting digital technologies. Yet, long timelines, along with setbacks, are part of structural change. Let’s look at both in turn.

Regarding timelines, consider the “Solow Paradox,” which today is sometimes misquoted to convey the idea that computers did not deliver impact. In 1987, Robert Solow famously quipped that “computers are everywhere but in the productivity statistics.” Yet, what was true in 1987 was no longer true by the late 1990s, when the U.S. economy went through a productivity surge that lasted for about a decade.

In other words, there was a painfully slow ramp with an inflection point that was not obvious to smart observers. The trajectory was non-linear, protracted, and required the right timing and conditions (a tight cycle) to deliver the tailwind to the macroeconomy. While today’s tight labor market will directionally help the adoption of technology across the economy, we should not exaggerate the idea that the pandemic has pushed up productivity growth in services.

And then there are the setbacks that require patience and conviction. Today, as much as in the 1990s, investor appetite for tech-driven innovation is enormous. Capital is chasing flickers of ideas, aided by high valuations and extraordinary successes, even while many start-ups have accumulated vast losses that will require big future profits to ever break even.

However, even if this frothy (perhaps even bubbly) investment climate leads to poor future returns for its financial backers, that does not preclude the rise of macroeconomic impact. We opened this article highlighting the mistake of confusing the success of firms in delivering better user experiences with macro impact. It would equally be a mistake to confuse any future setbacks for such firms—say, a wave of bankruptcies—with diminished macro potential.

Even if the current wave of technological innovation fails to lead to bumper profits and big returns, these investments can have a positive macro legacy if they favorably change the ratio of inputs and outputs. Don’t forget that the investment in fiber optic cable wasn’t a big financial success, but it laid the groundwork for cheap capacity and the major disruptions in the economy that came with it.