People told Sara Blakely founding a business meant ‘going to war.’ Instead, she led Spanx with ‘intuition’ and ‘vulnerability’ 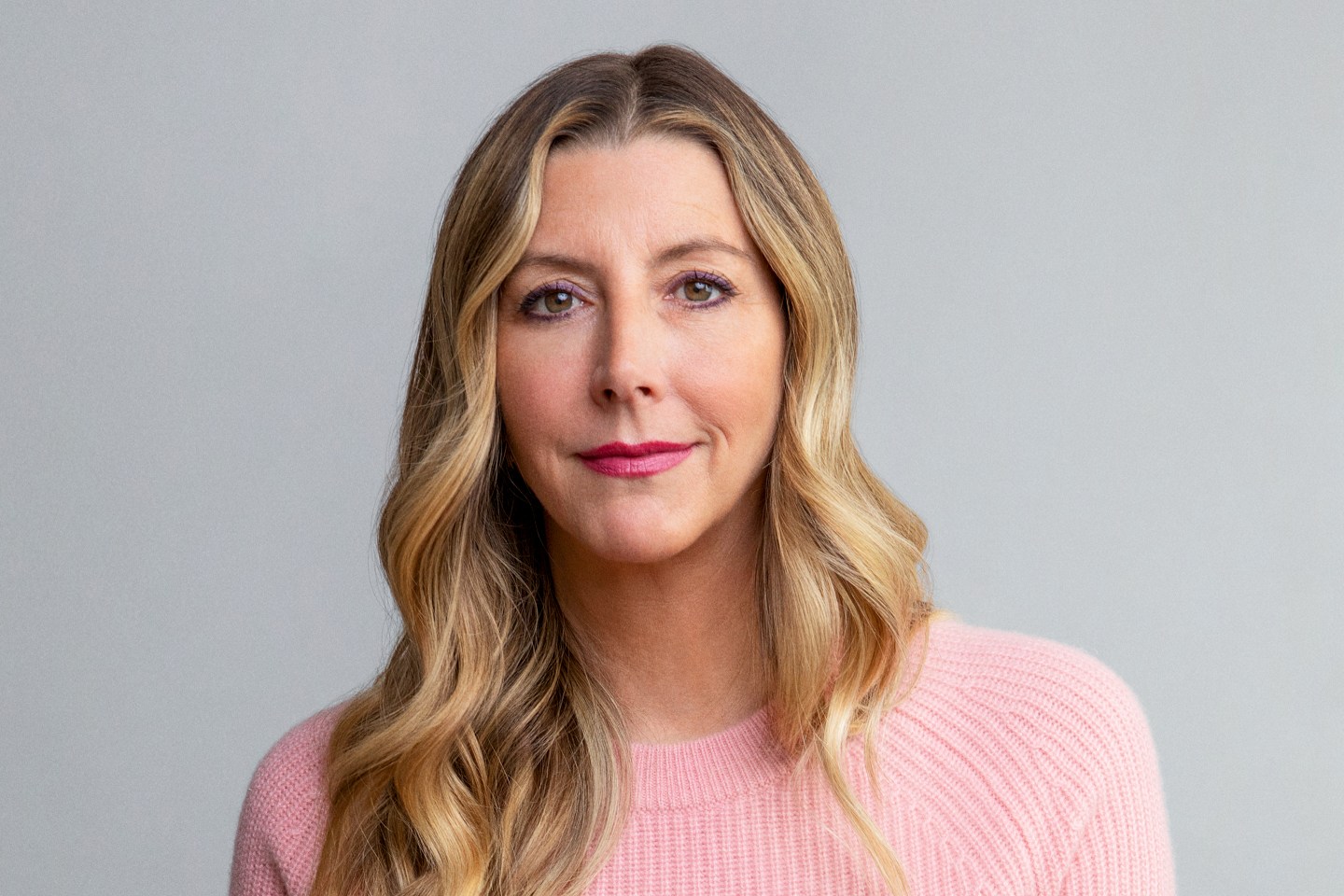 SHAPE-SHIFTER: Spanx founder Sara Blakely bootstrapped for 21 years— before selling in a November deal that valued the company at $1.2 billion.
Photograph by Celeste Sloman

Sara Blakely didn’t build a business valued at $1.2 billion the typical way. While the Spanx founder sold a majority stake to private equity firm Blackstone last month—as traditional a source of capital as it gets—her road there has been her own.

“I’ve operated the business off of intuition the whole time,” she says, explaining why now was the time to sell. “It’s a feeling.”

Blakely sees herself as more of an inventor than a CEO, and, indeed, she wrote the first patent for Spanx’s shapewear herself to save on a pricey lawyer. The company’s original product created a category, and it’s now seen as synonymous to shapewear—as Kleenex is to tissues. Blakely is featured in Fortune‘s December/January cover story “Female founders are crashing the billionaire club” alongside Bumble founder and CEO Whitney Wolfe Herd and 23andMe founder and CEO Anne Wojcicki as one of at least three women who became billionaires through startup exits or sales in 2021.

With its new backing from Blackstone, Spanx is planning a global expansion and a continuation of its move beyond shapewear into apparel. Blakely is now executive chairman of the company, still with an eye on her true passion: product.

She sees Spanx as an outlier in the traditional business world. “Business is a very masculine construct,” she says. “Women have only recently been allowed to play in this arena. When I started Spanx 21 years ago, I had people tell me, ‘It’s great you started a business. But business is war. I hope you’re ready.'”

“Why does it have to be war?” she asks. “I operated this business with intuition, vulnerability, and empathy. I had no interest in going to war.”

Still, she embraced what she calls “the masculine” throughout her own rise—taking big risks and being aggressive to get her foot in the door. Through working with Blackstone, Blakely now sees a “balance of the masculine and the feminine.”

Blakely credits the emergence of billionaire female founders to shifting those forces into alignment. “It’s the rise of the feminine,” she says. “It’s awesome.”