The best podcasts of 2021, according to Fortune staff 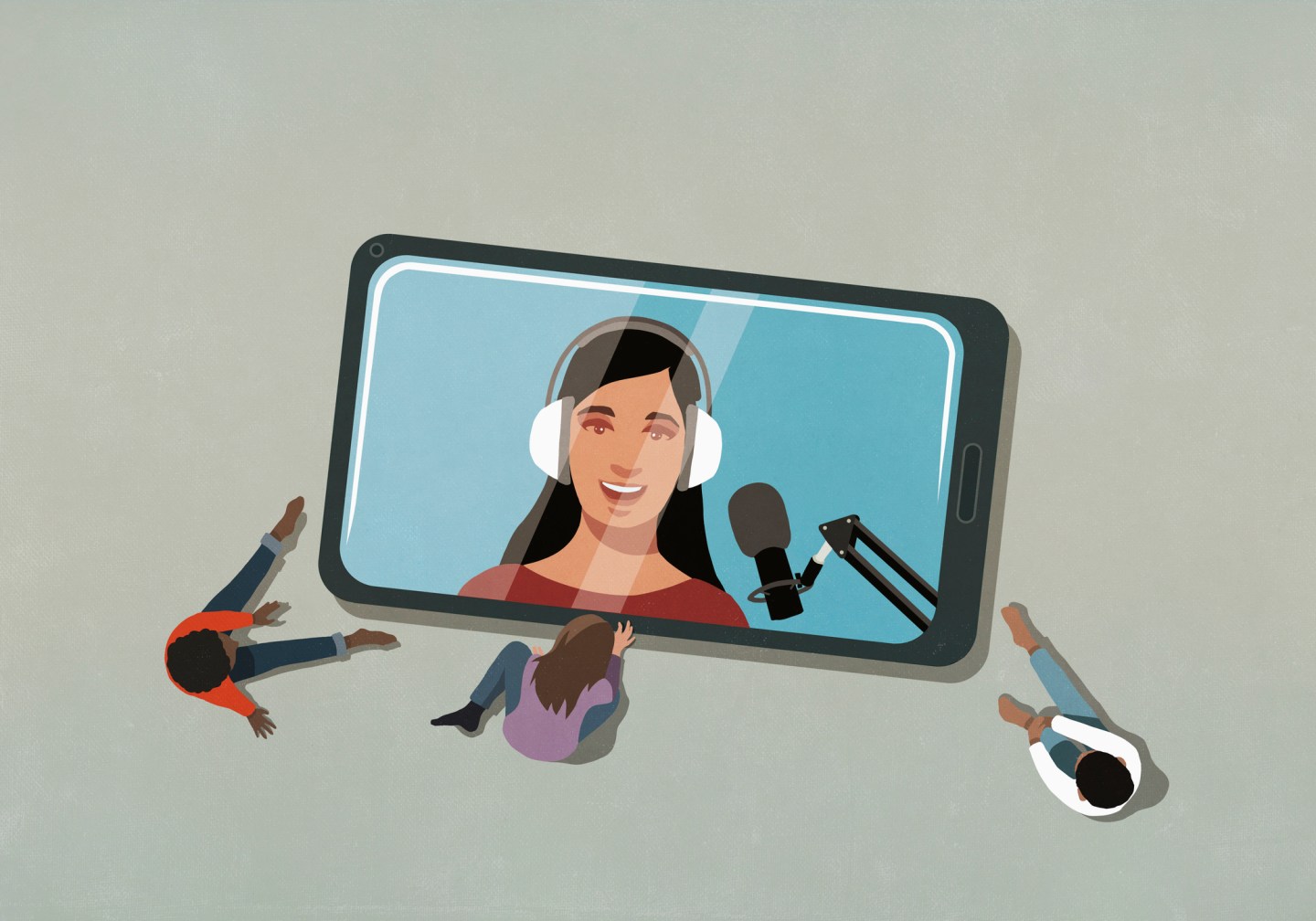 Podcasts have finally hit the mainstream this year. While not as lucrative (yet) as securing TV programming, even signing exclusive podcast deals has become a necessary business move for the likes of Spotify and Apple. But, while everyone and your neighbor might be starting a podcast, there’s still a high threshold for what kind of content keeps listeners subscribing and downloading new episodes week after week.

Here are some of the best podcasts released in 2021, as nominated by the staff of Fortune, in numerical and alphabetical order, respectively.

This hilarious and sometimes heartbreaking podcast by veteran music journalist Rob Harvilla is unmissable if you grew up obsessing over your CD collection in the ‘90s. But even if you didn’t, it’s fascinating to look back at a time when the musical monoculture still reigned. (Pro tip: start with the “Semi-Charmed Life” episode. You’ll thank me.)—Kristen Bellstrom, executive editor

Selena Quintanilla-Pérez—known simply as Selena to her millions of fans, a fanbase that continues to swell—was murdered more than 25 years ago. And yet her life continues to inspire people, fueling multiple projects about her career and family, starting, of course, with the lauded 1997 Jennifer Lopez-starring biopic, Selena, and a similar but expanded show on Netflix, Selena: The Series, in 2020 and 2021. But both of those projects, while entertaining and loving in their depiction of the late singer, have the explicit feel of being endorsed by her family. In WBUR’s Anything for Selena, host Maria Garcia takes a more direct approach in understanding Selena’s life and legacy, and how the image of that legacy has been constructed by her family and by pop culture.—Rachel King, editor

The current trial of disgraced Theranos founder Elizabeth Holmes has all but turned farcical, right down to her “fans” turning up outside the San Jose courthouse in blond wigs and black turtlenecks. But the charges against Holmes and her alleged co-conspirator and former boyfriend Ramesh “Sunny” Balwani are anything but comical. Wall Street Journal reporter John Carreyrou first revealed the fraud going on at the once-lauded Silicon Valley startup in his Pulitzer Prize-winning book Bad Blood, and is continuing to spin out more stories about what happened and what went wrong at the “unicorn” company with new interviews with former employees while analyzing how the long-awaited trial is playing out.—R.K.

Fallen Angel dives into the Victoria’s Secret story—from the undeniable influence of the brand on American culture, to the pressure on its models, to L Brands founder Lex Wexner’s business empire and ties to the late convicted sex offender Jeffrey Epstein. The documentary series hosted by Vanessa Grigoriadis and Justine Harman turns the Victoria’s Secret saga into a chapter-by-chapter account of how the rot at the center of the business ultimately led to its demise as the arbiter of American beauty and sex appeal.—Emma Hinchliffe, editor

Harvard Business Review: The Rise and Fall of Carlos Ghosn

The arrest, escape, and ongoing exile of former Nissan executive Carlos Ghosn seems almost too impossible to be true; if Hollywood screenwriters tried to come up with it first, it would have been derided as completely implausible. And yet, it happened, and this four-part special series outlines how (and why) it happened and where Ghosn might go from here.—R.K.

The 20th anniversary of the terrorist attacks on September 11, 2001 felt especially heavy this year, and there was no shortage of content and commentary reflecting on what happened in the years since and where we go from here. But among the most level-headed but simultaneously thought-provoking works came from journalist and historian Garrett Graff. Essentially a follow-up to his bestselling book, Only Plane in the Sky: An Oral History of 9/11, Graff addresses questions about what happened that day and about the U.S. response in the years that followed from a middle-of-the road, true journalistic perspective—truly refreshing, if not novel in what feels like the age of social media conspiracy theories.—R.K.