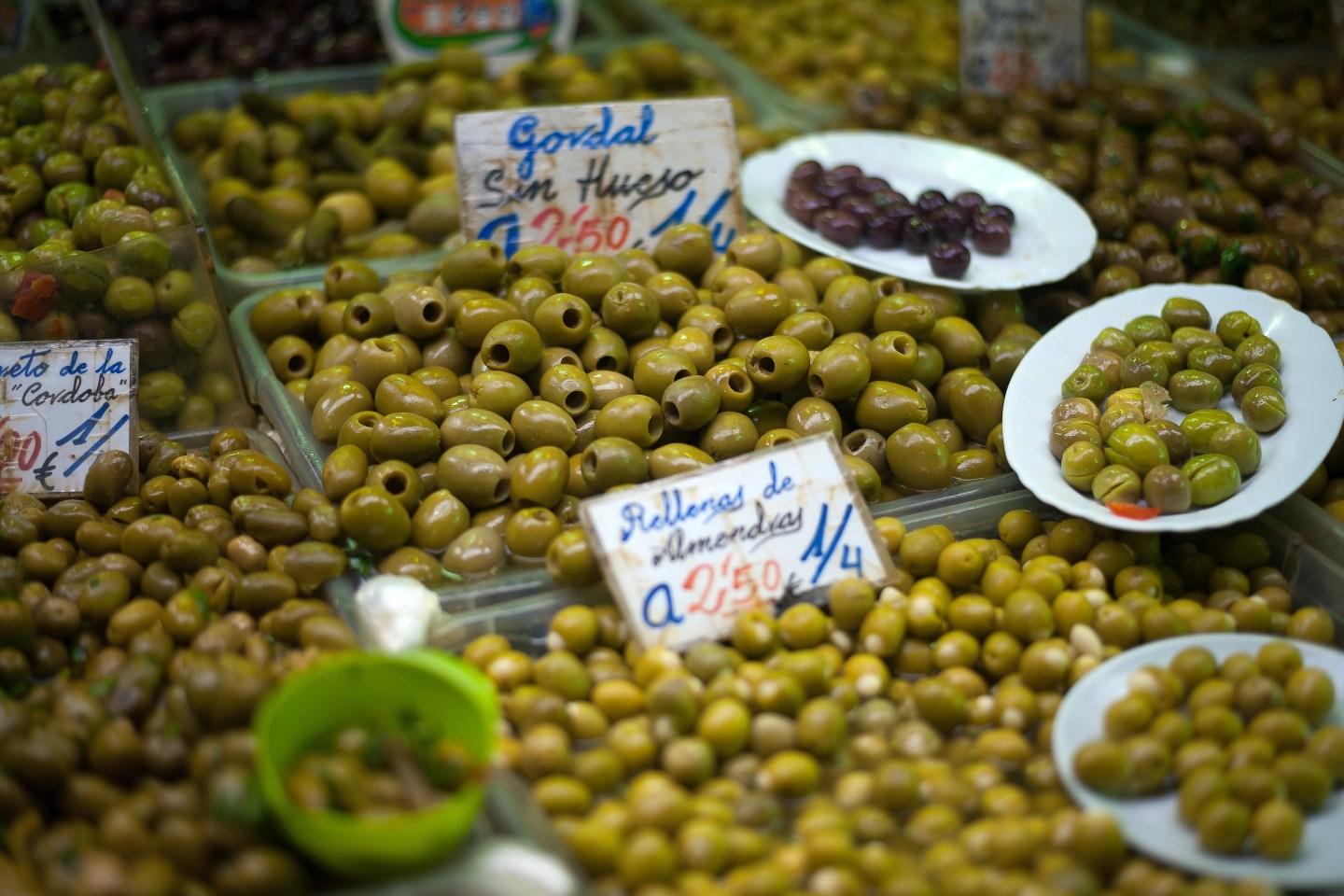 The Geneva-based body issues its findings in the case dating back to 2019 on Friday.

The ruling may test President Joe Biden’s nascent transatlantic trade reboot, which has resulted in the suspension of about $22 billion in two-way tariffs stemming from Trump-era trade disputes over steel and aluminum, and aircraft subsidies to Airbus SE and the Boeing Co.

That’s because the U.S. could veto the ruling by appeal, which would then tempt Brussels to respond with retaliatory tariffs on U.S. exports before gaining WTO authorization to do so.

Spain is the world’s largest producer of the olives—used mainly as a topping for pizzas and salads—exporting 442 million euros ($500 million) worth in 2020.

“The WTO has upheld our claims about anti-subsidy duties being unjustified and in violation of WTO rules,” Valdis Dombrovskis, the European Commission’s trade chief, said in a statement. “These duties severely hit Spanish olive producers, who saw their exports to the U.S. fall dramatically as a result. We now expect the U.S. to take the appropriate steps to implement the WTO ruling, so that exports of ripe olives from Spain to the US can resume under normal conditions.”

The office of the U.S. Trade Representative didn’t immediately respond to a request for comment.

The olive dispute dates back to 2018 when the Trump administration imposed a parallel set of anti-subsidy and anti-dumping duties on imports of Spanish table olives that the U.S. said received trade-distorting EU aid.

The levies are as high as 27% and the combined rates are up to 44%, depending on the Spanish exporter, according to final calculations by the U.S. Department of Commerce. Earlier this year, the U.S. Court of International Trade said the Commerce Department failed to accurately determine its anti-subsidy rates on Spanish olive imports.

The dispute was initiated by the two largest American processors of ripe olives—Bell-Carter Foods, LLC and the Musco Family Olive Co.—who said their businesses had been harmed by cheap, subsidized Spanish olives that were sold below fair market value.

A big question now is whether the U.S. decides to veto the WTO decision by lodging an appeal at any point over the next 60 days.

That’s because the U.S. previously paralyzed the WTO’s appellate body, a tactic that has rendered toothless the world’s foremost arbiter of trade.

The WTO appellate body has been dysfunctional since December 2019, when the U.S. blocked the appointment of new members of the seven-member panel.

As a result, all new appellate cases enter into a legal limbo because the committee lacks a quorum needed to issue a final judgment.

If the U.S. appeals the ruling, the EU could respond by imposing retaliatory tariffs according to a new European trade defense tool that allows penalties against nations that undermine WTO rulings by appealing them into a legal void.

Three years ago, the Trump administration violated the WTO’s requirement that all members must first seek WTO authorization in order to impose retaliatory tariffs.

After that the EU responded by creating a proxy appellate body system—known as the multi-party interim appeal arrangement—to help its trade partners fully settle their disputes. The U.S. declined to participate in this arrangement.

The EU then upgraded its enforcement regulation to allow Brussels to unilaterally impose sanctions when others nations adopt illegal measures and simultaneously block the WTO dispute settlement process.