Female-founded startups had a dire 2020. In 2021, they’re breaking records for money raised and exits 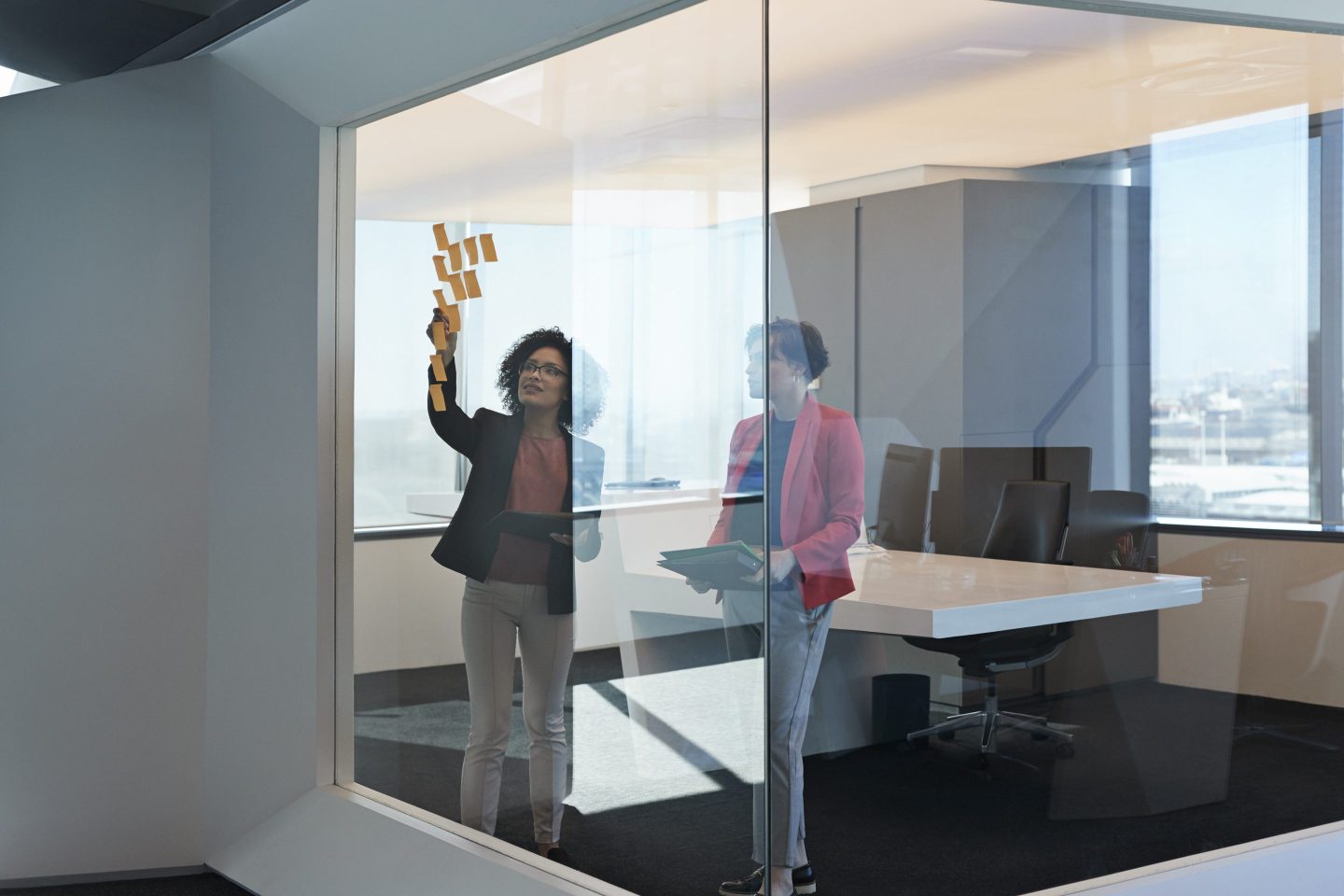 Female-founded startups are having a banner year in many regards.
Getty Images

Good morning, Broadsheet readers! An unlikely Supreme Court alliance could object to Texas’s abortion ban, women’s handball players get new uniforms after complaints of sexism, and female founders are rebounding from a rough 2020. Have a great Tuesday.

– ‘A banner year.’  We already know that the first year of the pandemic was especially hard on female-founded startups.

A new report out today from Pitchbook, which tracks data from the VC and private equity industries, puts a finer point on the setbacks female-founded startups endured in 2020, but it also dishes out a lot of hope.

Venture dollars invested in female-founded companies, defined as VC-backed startups with at least one woman co-founder, dropped 3% in 2020, even as overall deal value increased 16%. But now, such firms are staging a furious comeback. In the first three quarters of 2021 alone, they raised $40.4 billion across 2,661 deals, shattering a previous record of $23.7 billion in 2019.

Women are also more likely to dole out VC money than before. Pitchbook first took account of the female general partners at venture capital firms in 2019 and found that 12% of U.S.-based checkwriters were women. In 2021, that share hit 15.4%. The report admits that the uptick is modest, but because research and anecdotal evidence suggest female founders often seek out female VCs and vice versa, the increase “will have a ripple effect on the headline numbers around female-founded investments, magnifying the gains.”

An especially bright spot in the Pitchbook report is data on the exits of female-founded firms. In this regard, “2021 was a banner year,” the report says. In 223 liquidity events (an uptick of 12% from full-year 2020), the value of exits reached $59 billion through the third quarter of 2021, more than doubling the previous annual record (and the year isn’t over yet). When it comes to exits, female-foundered companies are outperforming the market, with their value rising 143.6% from 2020, compared to an overall increase of 101.5%. Exits of female-founded firms are also happening quicker—6.7 years versus 7.7 years overall—a data point that reflects the “superior business performance” of the companies, the report says, and one that should incentivize investors to seek out more companies started by women.

- Argument interpretation. At yesterday's oral arguments over SB8, the Texas abortion ban, justices seemed to signal a willingness to rule against the law's structure, which allows anyone to sue someone they believe violated it. Conservative justices Brett Kavanaugh and Amy Coney Barrett signaled skepticism of that mechanism, with Kavanaugh mentioning an argument that the model could be used to deter other constitutional rights, including the Second Amendment. Vox

- Beauty buzz. Glossier hired a new SVP of retail, Kristy Maynes of Lululemon, the beauty brand led by founder and CEO Emily Weiss announced this morning. The hire comes as Glossier undergoes a rapid retail expansion and overhauls its retail employee experience more than a year after employees spoke out about racism in retail stores. Fortune

- Financiers' fall. Jes Staley's resignation as Barclays CEO over his links to Jeffrey Epstein make him the latest finance executive to lose a job over a relationship with the late convicted sex offender. Leon Black stepped down from Apollo Global Management earlier this year. Staley will received his salary for another year and the bank will pay relocation costs from the U.K. to U.S. NBC News

MOVERS AND SHAKERS: Glossier also announced the retirement of CFO Vanessa Wittman and the hiring of Stripe's Seun Sodipo as her successor, and the hiring of Cole Haan alum Kyle Leahy as chief commercial officer, a new role. TIAA CEO Thasunda Brown Duckett is joining the board of fintech startup Brex. Tara Walpert Levy is now VP, Americas at YouTube after serving as VP of agency and brand solutions for Google. Sumo Logic named Lynne Doherty president of worldwide field operations. Pinterest head of growth marketing Lisa Sullivan-Cross joins the board of secondhand ecommerce startup Thrilling.

- Quitting Facebook? Facebook whistleblower Frances Haugen spoke at Web Summit yesterday, in her first public appearance (besides appearing before Congress) since coming forward. During her interview, she said that Mark Zuckerberg should step down as Facebook CEO and that the company would be stronger with "someone who was willing to focus on safety." Fortune

- Beach cover-ups. The International Handball Federation has responded to an outrage over its uniforms for women's players earlier this year. Athletes will now be permitted to wear bike shorts and tank tops instead of previously mandated bikini bottoms and crop tops. Guardian

- Out of business. Navient's decision to exit as a student loan servicer came after Sen. Elizabeth Warren pushed for tighter regulation of the industry. Navient used to be part of Sallie Mae, which Warren first rose to the spotlight criticizing in 2006. Mother Jones

BIPOC or POC? Equity or equality? The debate over language on the left New York Times

-Svante Thunberg, the father of Greta Thunberg. He's no longer accompanying the activist to climate change events, including the ongoing COP26 summit, now that she's turned 18.