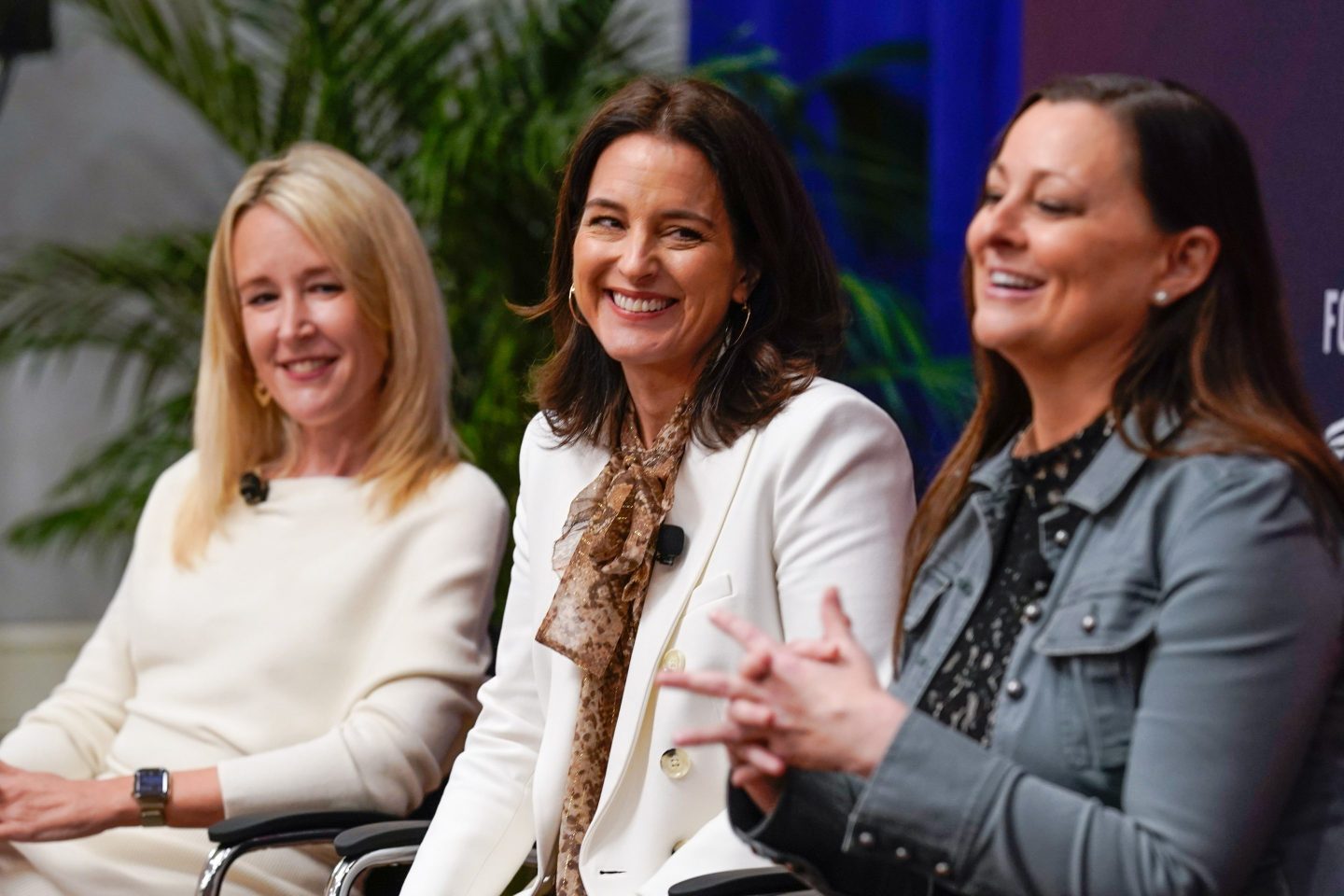 Marriott International, the largest hotel chain in the world, laid off or furloughed 80% of its global staffers during the pandemic. Its hotels were at single-digit occupancy.

Its CEO at the time, Arne Sorenson, who died of pancreatic cancer in February, recorded a video for the company. He was undergoing chemotherapy treatment at the time, and had lost his hair. He spoke of the devastation COVID had wrought on the company’s employees, and he cried.

“You see that, and it just puts everything into perspective,” said Stephanie Linnartz, president of Marriott International, one of five women who spoke on a panel at Fortune’s Most Powerful Women Summit in Washington, D.C., on Monday. Sorenson’s leadership was a reminder of why Marriott was in business, she said: “He was always thinking about the people that worked at the company first and foremost.”

The pandemic underscored just how important a company’s mission and values can be, said executives, particularly when everyone is aligned on an underlying purpose and setting their goals and initiatives accordingly. It may be easier to focus on commercial initiatives that will drive the most profit at a company, said Mary Beth Laughton, CEO of Athleta, but “when you intersect with [your] values, the results are extraordinary.”

This came front and center for Athleta when Simone Biles withdrew from the Tokyo Olympics. Laughton’s inbox was flooded with queries about how Athleta, which had partnered with Biles earlier that year, would react. “It was just so clear how we had to respond because of our values,” Laughton said, noting that Athleta wants women to prioritize taking care of themselves. She said Athleta sent Biles a note in Tokyo, saying that the company supported her, and that she was more than what she did on the mat. “Being the best is also taking care of yourself,” Laughton said.

For Home Instead, an international home care network, living up to the company’s mission meant knowing when it was time to sell. “We aren’t a tech company; we are a people company,” said Jisella Dolan, the company’s chief global advocacy officer. The company was acquired by Honor Technology in August, Dolan said, so that it could better scale and be able to offer its care in new and unique ways.

Mercedes Abramo, CEO of Cartier North America, said COVID had pushed the jeweler to reevaluate whether luxury goods were necessary during a pandemic. Eventually, “[people] needed moments of happiness,” and to celebrate with one another, Abramo said. “We were lucky to contribute to that.”

Missions are meant to be agile and adaptive, but still stay true to their core, said Shideh Bina, founding partner of management consultancy Insigniam, who also spoke on the panel.

And as the pandemic continues to disrupt everything from supply chains to staffing, executives acknowledged that those missions may continue to change. “I’m sure there’s more pivoting coming,” added Abramo.