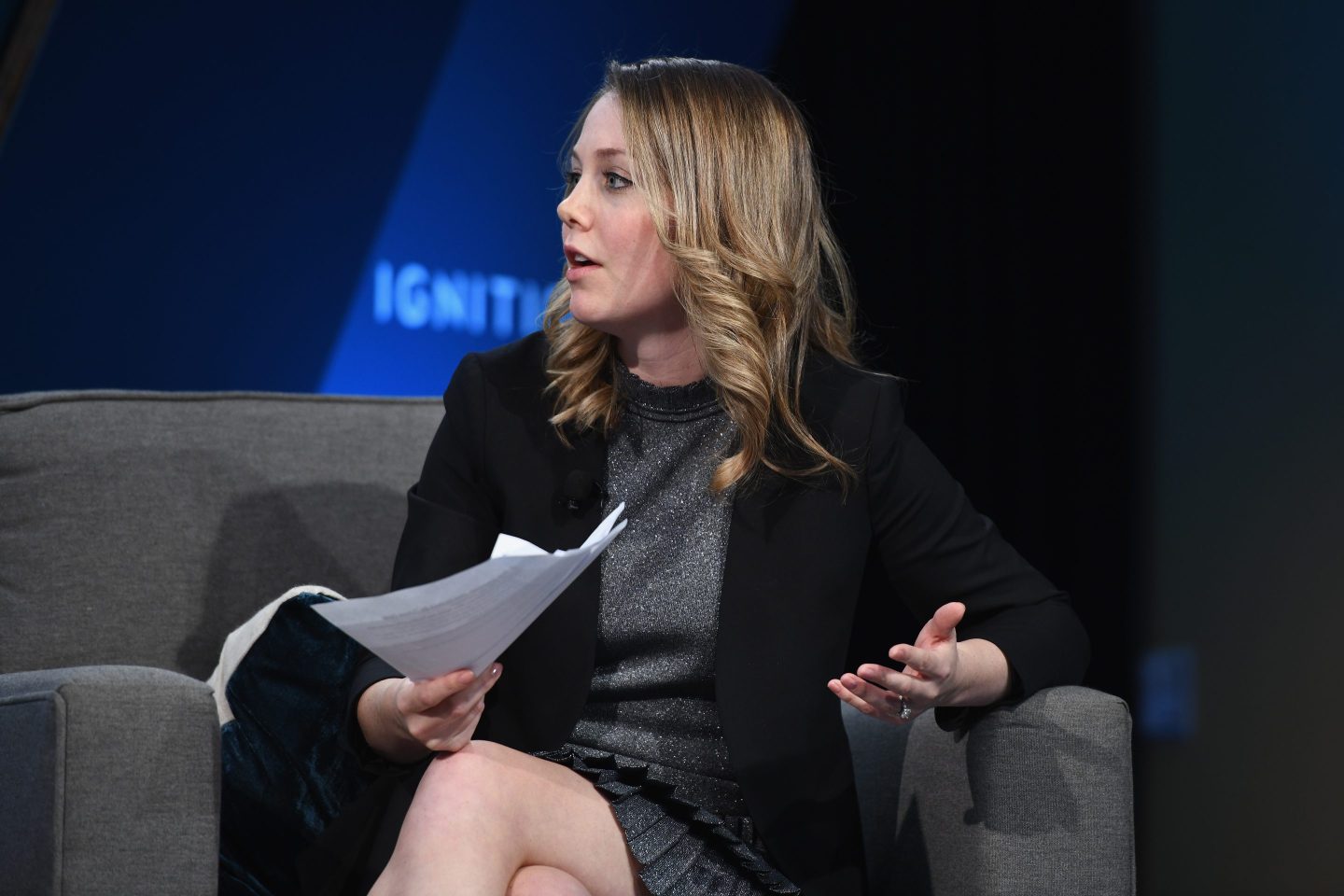 – A first at Fortune. Today we’re highlighting a particularly relevant mover and shaker at the tip-top of The Broadsheet. Earlier this morning, Fortune announced that Alyson Shontell will be its next editor in chief, making her the first woman to lead the 92-year-old business magazine.

Shontell will join Fortune from digital publisher Insider, where she was most recently editor in chief. She started at Insider (previously Business Insider) in 2008 as part of its founding team. She covered technology for the news site and later served as executive editor; in that role she launched the Tech Insider spin-out site.

She starts at Fortune on Oct. 6.

“It’s an honor to join Fortune as editor in chief,” Shontell told me via email. Being the first woman to lead Fortune “provides extra motivation to make sure I am just the first of many more to come,” she said.

“Fortune has long been a leader in promoting women in business, through its Most Powerful Women franchise,” said Fortune CEO Alan Murray. “So it’s about time to have a woman at the helm.”

- Feminist first? Japan could soon elect its first female prime minister, with candidate Sanae Takaichi receiving the backing of former PM Shinzo Abe to lead the Liberal Democratic Party. The catch? Takaichi is a "hard-line conservative" who supports laws like one that requires couples to share a last name. Many of Japan's feminists are hoping she won't win. New York Times

- Next stop. Since Chinese ride-hailing giant Didi Chuxing went public via the New York Stock Exchange earlier this year, the company has faced intense regulatory scrutiny. Now Reuters reports that cofounder Jean Liu has told colleagues that she plans to leave as she expects the Chinese government to eventually take control of the business. Reuters

- The case for paid leave. Melinda French Gates is once again beating the drum for paid leave. In a new piece for Time, she argues that paid family leave is a rare broadly supported, bipartisan issue—and that Congress must take action. Time

- Promising results. AstraZeneca revealed the results of a clinical trial, finding that its drug Enhertu reduced the risk of dying or disease progression in women with advanced breast cancer. The study compares the new drug with Kadcyla, the current standard treatment, finding Enhertu to be 72% more effective. WSJ

- Ethical A.I. Former Google A.I. ethics chief Timnit Gebru has a long interview where she discusses how we can reimagine artificial intelligence to make it more fair. Plus, she adds, government must regulate products—including A.I. products. Bloomberg

- Swiping right. OkCupid has a new feature on its dating app: users can now tell potential matches that they're pro-choice via a new badge. The dating app—owned by Match Group, whose CEO Shar Dubey recently took a stand on abortion rights—says the feature was inspired by the Texas abortion ban. New York Times

The fatal elitism of the Time's Up charity The New Republic

‘The pay is absolute crap’: Childcare workers are quitting rapidly, a red flag for the economy Washington Post

"We just want shows to represent the world as it is."