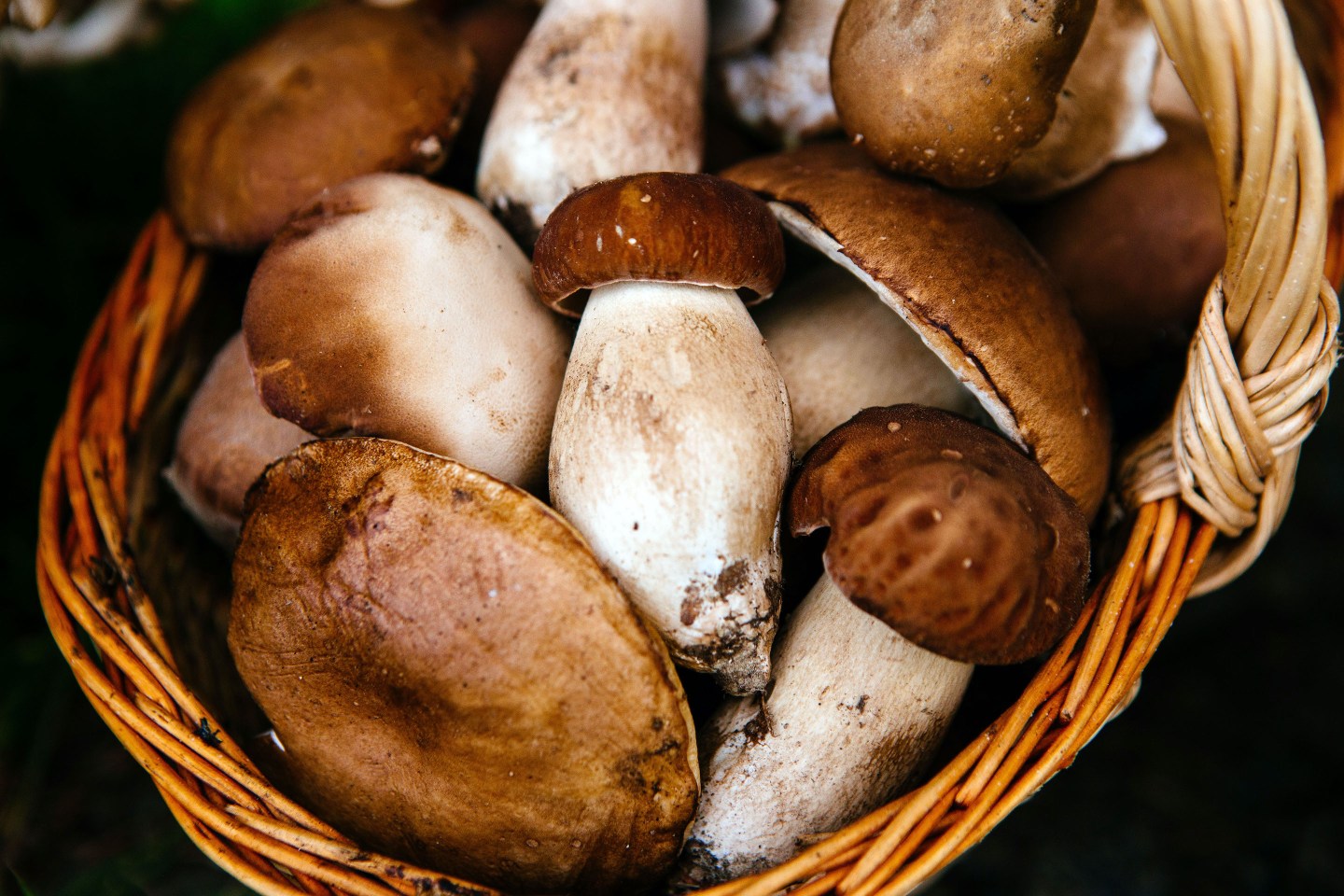 While plenty of plant-based meat companies claim to replicate the taste of the real thing, industry leaders like Beyond Meat, Inc. and Impossible Foods mostly sell products that mimic ground beef or sausages, rather than the texture of a whole cut.

Now, a new startup focused on mushrooms wants to change that. Meati Foods, backed by famous restaurateurs like Grant Achatz and David Barber, is using mycelium, the vegetative root of a fungi to make jerky, chicken breast, beefsteaks, and deli meat.

While some strains of mycelium grow the familiar mushroom caps, the fungi has also been used as plastic replacements, shipping material, housing insulation, and fake leather—like in the vegan style of Adidas’ signature Stan Smith shoe.

Using the substance for alternative meat is a relatively new practice but it shows promise, said Caroline Bushnell of Good Food Institute, an organization that advocates for plant-based and cell-based foods.

Properly replicating the texture of animal tissue is the biggest obstacle for fake meat companies, Bushnell said. That’s partly why market leaders like Beyond, Impossible and Nestle first tackled burgers and other ground meat products. Kellogg Co., whose Morningstar Farms brand has been selling alternative meat for decades, only just released its first muscle cuts, “chik’n tenders,” after more than two years of development.

By contrast, Meati harvests a fast-growing strain of mycelium from grasslands around the world. Then, it places pieces of the fungi in big metal tanks. The company adds sugar to the tanks and lets the substance cultivate for 18 hours in a process similar to brewing beer. The outcome: easily-moldable chunks that mimic the texture of real meat, packed with protein, zinc, fiber, and other vitamins and minerals.

In general, the alternative meat market is projected to grow from $4.2 billion in 2020 to $74 billion in the next ten years, according to a recent Bloomberg Intelligence report. Making up less than 1% of the $1.3 trillion conventional meat market, analysts, food companies, and investors foresee growth opportunities akin to Beyond Meat’s 2019 public listing and Impossible Foods Inc.’s entry into mainstream stores like Walmart Inc.

But upstarts like Meati—and mycelium-based bacon competitor Atlast—have to fight for shelf space alongside Beyond, Impossible and other established vegan brands. And they have to woo consumers who may be put off by higher price tags of fake meat: USDA ground beef costs $4.38 per pound, compared to $8.39 a pound of Beyond Meat and $6.49 of Impossible Foods ground meat product.

Meati, a 40-person company that hasn’t sold into grocery stores, said it hasn’t set prices yet but aims to offer a more affordable price point akin to standard animal protein products. The company has conducted preliminary market testing in local restaurants and plans to reach wider audiences in 2022.

Meati emerged from a U.S. Department of Energy entrepreneurship program in 2019. Huggins, a field biologist and environmental engineer, and his co-founder Justin Whiteley, a trained material scientist, started Meati, then called Emergy Foods, in pursuit of finding an environmentally-friendly meat substitute that required fewer chemicals and less processing. Following the program, the pair secured $5 million in funding to build an initial plant in Boulder, Colorado. The company, which doesn’t have any revenue yet, closed a $50 million round in Series B financing in July.

Huggins said his company aims to go beyond vegans and environmentally conscious eaters. He wants people to choose his product because they prefer it over traditional animal meat.

“I know we’re successful when our Meati steaks are served at a diner in rural Kansas,” he said. “They’ve understood this product is for them just like anybody else, and they see the value and they think it’s delicious.”