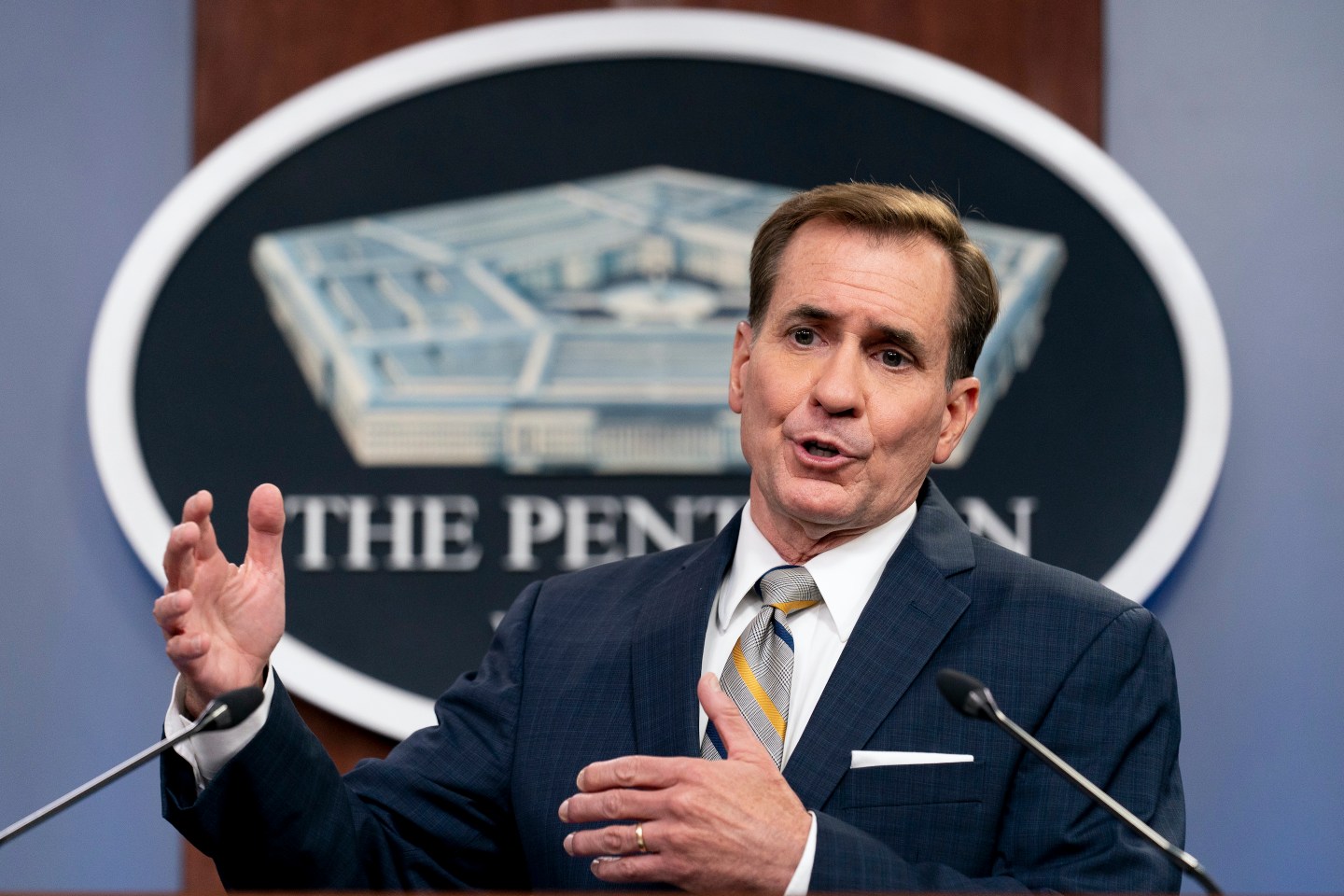 Pentagon spokesman John Kirby speaks during a briefing at the Pentagon in Washington on Aug. 12, 2021.
Andrew Harnik—AP Photo

With security rapidly deteriorating in Afghanistan, the United States is sending in an additional 3,000 troops to help evacuate some personnel from the U.S. Embassy in Kabul, officials said Thursday.

Pentagon spokesman John Kirby said the Army and Marine forces will enter Afghanistan within the next two days to assist at the Kabul airport with the partial embassy evacuation.

The decision to reduce staffing levels at the embassy was announced by State Department spokesman Ned Price, who said diplomatic work will continue at the embassy.

“Our first responsibility has always been protecting the safety and the security of our citizens serving in Afghanistan, and around the world,” Price said at a State Department briefing, calling the the speed of the Taliban advance and resulting instability “of grave concern.”

The move suggests a lack of confidence by the Biden administration in the Afghan government’s ability to provide sufficient diplomatic security in the capital—home to more than 3 million Afghans—as a series of provincial capitals fall to a Taliban offensive this week.

The Pentagon had kept about 650 troops in Afghanistan to support U.S. diplomatic security, including at the airport.

The Taliban, who ruled the country from 1996 until U.S. forces invaded after the 9/11 attacks, captured three more provincial capitals Wednesday and two on Thursday, the 10th and 11th the insurgents have taken in a weeklong sweep that has given them effective control of about two-thirds of the country. The insurgents have no air force and are outnumbered by U.S.-trained Afghan defense forces, but they have captured territory, including the country’s third-largest city, Herat, with stunning speed.

In a new warning to Americans in Afghanistan, the second it has issued since Saturday, the U.S. Embassy in Kabul on Thursday again urged U.S. citizens to leave immediately. The advisory was released before the announcements in Washington about further reducing already limited staff at the embassy.

The United States continues to support the Afghan military with limited airstrikes, but those have not made a strategic difference thus far and are scheduled to end when the U.S. formally ends its role in the war on Aug. 31. Biden could continue airstrikes beyond that date, but given his firm stance on ending the war, that seems unlikely.

The most recent American military assessment, taking into account the Taliban’s latest gains, says Kabul could be under insurgent pressure by September and that the country could fall entirely to Taliban control within a couple of months, according to a defense official who discussed the internal analysis Wednesday on condition of anonymity.

Military officials watching the deteriorating situation said that so far the Taliban haven’t taken steps to threaten Kabul. But it isn’t clear if the Taliban will wait until they have gained control of the bulk of the country before attempting to seize the capital.

The security of the U.S. diplomatic corps has been talked about for months, even before the Taliban’s battlefield blitz. The military has long had various planning options for evacuating personnel from Afghanistan. Those options would largely be determined by the White House and the State Department.

A key component of the options would be whether the U.S. military would have unfettered access to the Kabul international airport, allowing personnel to be flown systematically out of the capital. In a grimmer environment, American forces might have to fight their way in and out if the Taliban have infiltrated the city.