Bronze is the new gold 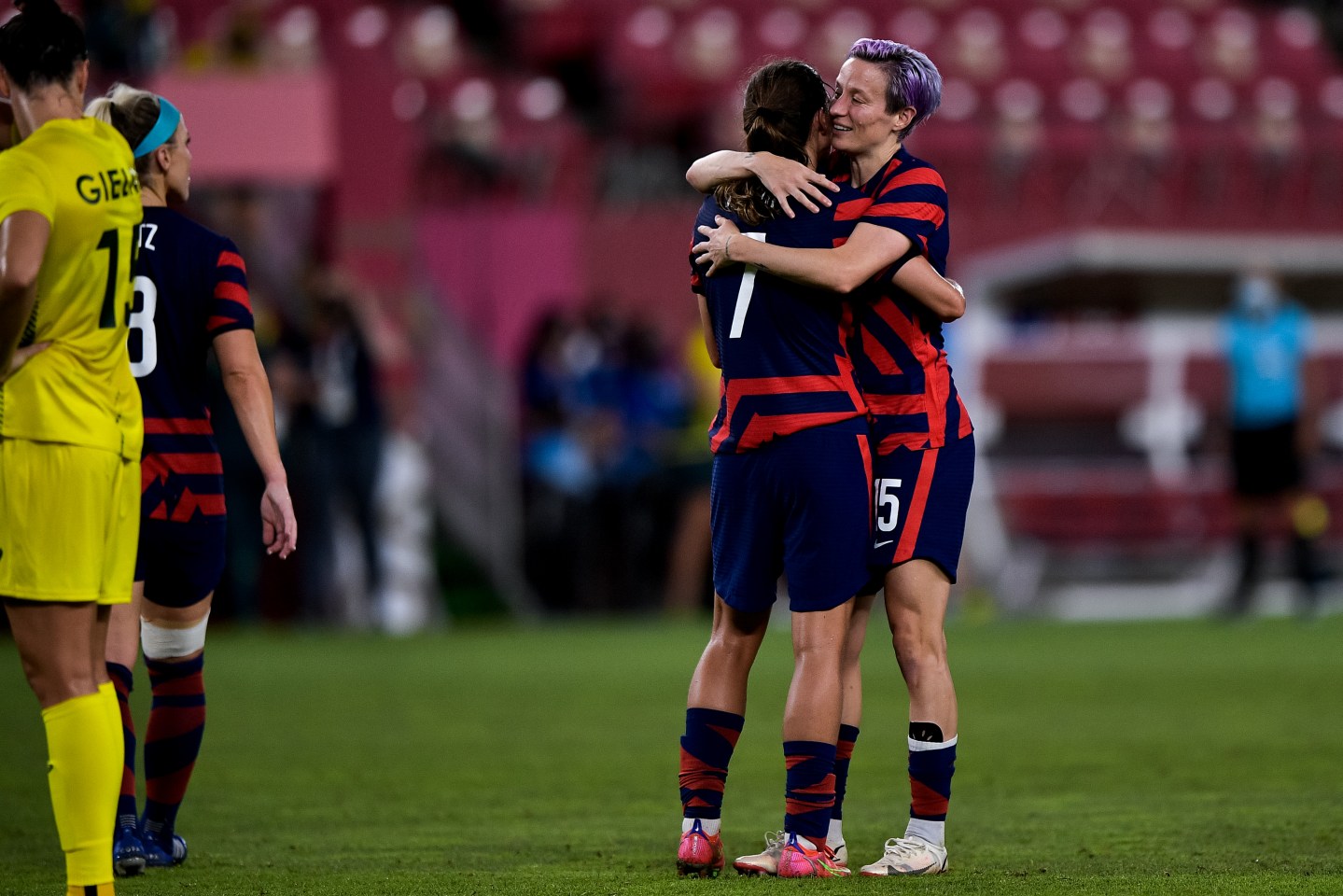 Good morning, Broadsheet readers! Levi’s acquires Beyond Yoga, the Gotham Awards go gender-neutral, and this may be the Olympics that convinces the U.S. to get over gold medal mania. Have a great weekend.

– Bronze is the new gold? The 2020 Olympics conclude on Sunday and—whew!—have they been strange. So, how will we remember them? As the pandemic Games, certainly. And very likely as the ones that finally put issues of athlete mental health front and center.

Here in the U.S., I wonder if we might also look at the 2020 Games as the point when we finally got over our all-consuming obsession with winning gold.

I don’t want to overstate things—we’re still celebrating those who finish first. But consider the look of joy on the face of Simone Biles at the conclusion of her third-place finish on the balance beam. Or read the stirring story of American wrestler Helen Maroulis winning her bronze in the wake of injuries and PTSD. The U.S. women didn’t even medal in skateboarding, but that didn’t do anything to dull our excitement for the (very) young women who did.

Then there’s the U.S. Women’s Soccer team. World Cup victors and heroes to those of us who believe in equal pay, they came into the Olympics on a quest for gold—but yesterday found themselves in a fight for third place. But rather than sulk through their final match, the players embraced the moment. As team captain Becky Sauerbrunn describes it in the New York Times: “Obviously we wanted to get a gold medal. Everyone wants to get a gold medal, Americans love golds. The fact is we potentially didn’t deserve to get a gold medal…We had to change the goal, and it became, ‘Let’s get that bronze.’”

And they did, winning 4-3 victory against Australia and seemingly finding some of the joy that had been missing from their play earlier in the Games.

“Yeah, it’s not a gold,” Sauerbrunn said, “but that bronze means a lot.”

- Billionaires' club. Forbes released its annual ranking of the U.S.'s richest self-made women. Many saw their fortunes soar in 2020 and 2021 thanks to the stock market boom. Now there are 26 female self-made billionaires, from Rihanna to 23andMe founder Anne Wojcicki. Forbes

- Gotham goes gender-neutral. The Gotham Awards are doing away with "best actor" and "best actress" in favor of a single "outstanding lead performance category." Many in entertainment support getting rid of gendered awards categories, but some argue that to do so would risk most of the prizes going to men. New York Times

- Beyond denim. Levi Strauss & Co. will acquire Beyond Yoga, the brand led by cofounder and CEO Michelle Wahler, for an undisclosed sum. The deal marks the legacy denim brand's entry into activewear. Wahler will stay on as CEO of the brand. CNBC

- Brandless is back. The SoftBank-backed ecommerce business Brandless, formerly led by Tina Sharkey, closed up shop in early 2020. Now a new iteration of the company is back with $118 million in funding to enter the creator economy and "ecommerce roll-ups." The business is now backed by Clarke Capital Partners and led by CEO Cydni Tetro. Fortune

- Record-setting? Angela Bassett will reportedly be paid more than $450,000 an episode for the Fox drama 9-1-1, said to be the most a Black woman has ever earned for a broadcast drama series. But why did it take so long for a Black actress to command this kind of payday, which is relatively common for big-name white actors? Vanity Fair

- Patient testimony. Former patients will be permitted to testify at the Theranos fraud trial, a judge ruled this week. Lawyers for founder Elizabeth Holmes had tried to block the jury from hearing patients' testimony. Wall Street Journal

Artistic swimming gets dark: ‘Why do you seem so scared?’ WSJ

Inside Disney’s search to replace Zenia Mucha: Does a new era demand a new kind of communications chief? The Wrap

"If I can understand people can grow past their worst moments, I think the rest of us can too."