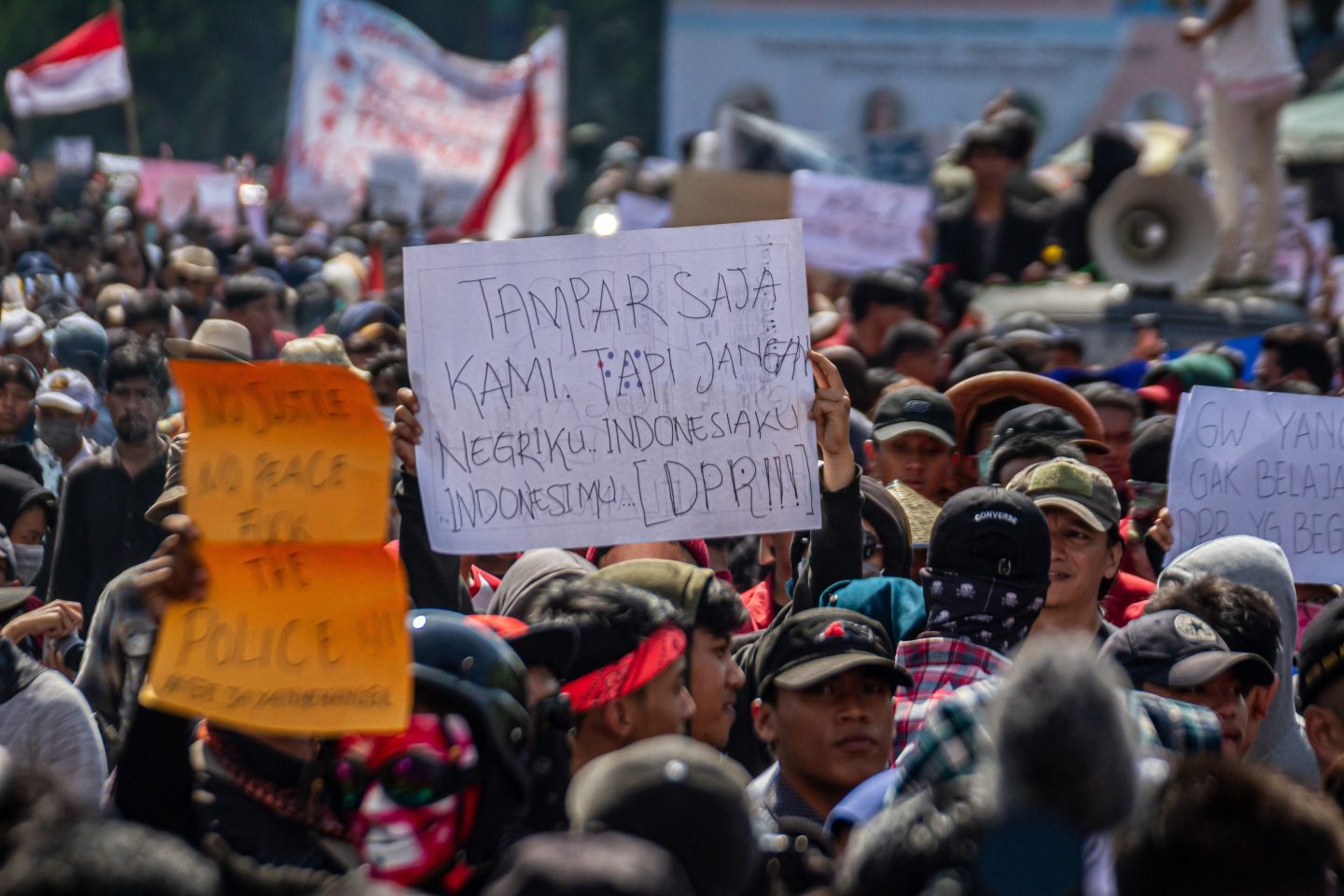 Vasuki Shastry, author of "Has Asia Lost It?", argues that those who see Asia has having a shining future miss critical social issues on-the-ground, from stalled social mobility to the threat of decoupling.
Rizqullah Hamiid Saputra—Pacific Press/LightRocket/Getty Images

During the 2000s, a multinational CEO based in Asia told me he had the best job in the world. All he had to do was look at regional GDP and trade growth projections, and he could surmise that his business was destined for another blockbuster year. Nor did he need to worry about political and social risks, unlike his counterparts elsewhere. He assured me that the region’s transformation was unstoppable: Asia was stable and policymakers were enthusiastically pursuing pragmatic free market policies.

Fast forward to 2021. Asia still has high rates of economic growth, but social and political stability is fraying. Rising inequality has left younger Asians feeling that economic opportunity will be narrower compared with the booming generation of their parents.

The COVID-19 pandemic, and its public health and economics effects, has further tested the region. There are winners in China, Taiwan, Korea, Singapore and Vietnam, and countries that have stumbled, including storied democracies like India, Indonesia and the Philippines.

Asia’s emergence from the COVID-19 pandemic is a time for introspection. How much of what we boastfully declared about the region’s prospects is for real? Before the pandemic, an “Asia Shining” narrative dominated discourse as a small group of self-satisfied regional elites declared the 21st Century to be an Asian century, glossing over much of the region’s profound economic, social, and political challenges.

These commentators do not differentiate between a utopian, high-income Asia—Japan and the four tiger economies of Hong Kong, Taiwan, Korea, and Singapore—and a dystopian, low-and middle-income Asia—China, India, Indonesia and vast swathes of the continent—where most of the population live.

The problems of dystopian Asia were turbocharged by COVID-19. As the IMF’s Jonathan Ostry noted, Asia saw unprecedented declines in output and diminished job prospects for youth and women—and that “significant scarring” was likely. In developing Asia, the absence of a viable social safety net has magnified the impact from the loss of lives and livelihoods.

Pandemics, like natural disasters and financial crises, leave long-lasting scars, and policymakers should be worried about social cohesion at a time of major disruption. Strong leadership from Asian governments will be critical in tackling four fault lines: a fundamental reordering of Asia’s durable export-driven economic model, stalling social mobility, a predatory political and business class, and social dislocation from rural migration and climate distress.

Asia may have perfected the global supply-chain model that has become the region’s dominant engine of growth, but growing trade and geopolitical tensions between the United States and China means that trouble is brewing. Pundits talk loosely about decoupling as an inevitable outcome from a tussle for supremacy, but it will be a disaster for Asia if supply chains are reordered into distinct American and Chinese spheres of influence. The pandemic has also accelerated plans for countries to re-shore the production of some essential goods, such as emergency medical supplies.

Asian policymakers also need to pay attention to rising inequality and stalling social mobility, as hundreds of millions struggle to rise to the ranks of the middle class. Current estimates about the size of Asia’s middle class are vastly exaggerated—certainly not near the astonishing 1.75 billion that the World Economic Forum projected a few years ago—as commentators incorrectly use rates of economic growth to estimate the size of the middle class.

Instead, Asia has a vast army of poor and low-to-middle-class toilers who are finding that climbing the economic ladder is not as easy as it was in the past. The spread of higher education across Asia has created a surplus of college graduates with limited job prospects. Protests across Asia, such as those in Hong Kong, Thailand, Myanmar and elsewhere—though driven by local political developments—have a common thread in unemployed and underemployed students taking to the streets.

Without addressing these challenges, it is only a matter of time before unrest becomes more common, and more widespread.

The predatory habits of the political and business class worsen the effects of Asia’s stalled social mobility. Most Asian political leaders were born in the radio and telegraph era of the 1940s and 1950s and thus are hopelessly out of touch with the hopes and aspirations of their young populations. In a digital age where decentralized models work best, Asian politicians still believe in heavily centralized, command-and-control style of governance.

Asia’s billionaire class is a toxic addition to this mix. There is strong evidence in developing Asia that the political and business class often collude at the expense of public interest, aggravating already rising inequality and low social mobility, such as India’s tendering of major infrastructure projects to favored business groups.

The fallout from the COVID-19 pandemic has also exposed the depredations of Asia’s urban poor. They toil in sectors like construction, manufacturing, and domestic labor, and have been let down by their governments and their employers. Fragile safety nets and ineffective systems for social transfers have marooned hundreds of millions of them.

Climate change will only increase pressures on urban Asian communities, as rising temperatures and flooding in South and Southeast Asia are forcing ever higher rates of emigration from rural communities.

It is a moral failure that richer parts of Asia—where people talk of fintech, smart cities, and mobility startups—has not established a sustainable safety net for the workers that made the Asian miracle possible.

Resolving Asia’s problems will require resolute political leadership and a dramatic reset in the social contract. China’s leadership must address wealth inequality and the sharply differing access to economic opportunity outside of Beijing and the urban coastal centres. India, which stumbled even before the pandemic, needs to transfer incentives away from the billionaire class if it is to return to high growth. Even Vietnam—the current poster child of a growing Asia—cannot hope to progress without a radical restructuring of the economy away from preferred local tycoons and state enterprises.

We cannot continue to gloss over these fault-lines in our rush to declare that an “Asian Century” has arrived.

Vasuki Shastry is an Associate Asia Fellow at Chatham House. A former journalist, he had a long career at the International Monetary Fund, Standard Chartered Bank, and Singapore’s central bank. He is the author of “Has Asia Lost It? Dynamic Past, Turbulent Future”.