The answer to preventing another building collapse like Surfside: Our phones 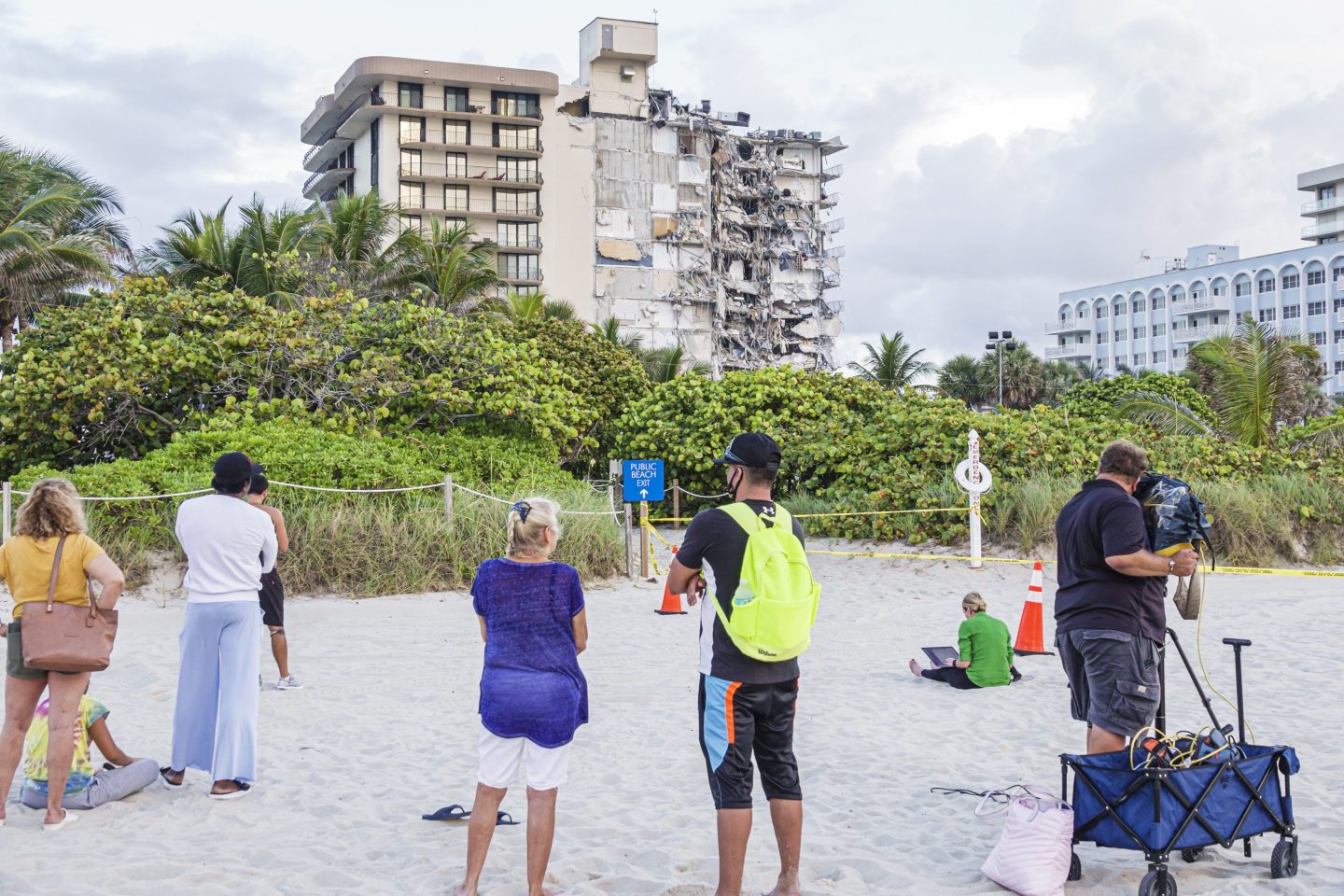 America is still mourning the tragic loss of life in a condo building collapse in Surfside, Fla., a few weeks ago.

It’s logical to wonder: What’s next? How many older buildings in the rest of Florida are in disrepair and in danger of another collapse due to their vulnerability to severe weather conditions? What about other such structures in beach communities on the eastern, southern, and western U.S. coastlines? How can we identify buildings in danger relatively quickly, without imposing unbearable costs on owners?

There is a cheaper and quicker alternative available—and it’s in plain sight: mobile phones.

Yes, cities can enlist gig workers to use their phones to inspect at-risk buildings on coastlines. The training would be self-guided and simple. Instructions on gig inspectors’ phones would help direct them to areas of the building that need to be photographed. All data from these surveys would be instantly transmitted to a data center and shared with relevant authorities. Using computer vision technology, authorities could identify particularly vulnerable buildings and schedule follow-up visits by professional engineers. (My current company Premise Data, which relies on smartphone users to complete surveys and collect open-source data around the world, could be contracted to carry out such inspection programs.)

I know this can be done effectively because I’ve done it myself. In 2005, two years before the iPhone was invented, my company Accela worked with the city of New Orleans after it was devastated by Hurricane Katrina. The city used mobile laptops to inspect commercial and residential buildings damaged by the storm—virtually every structure in the city.

Originally, the New Orleans Department of Safety and Permits was tasked to inspect and assess the damage of about 125,000 structures. FEMA estimated that that would take two years—a lifetime for residents who were understandably anxious to get back in their homes and move forward with the rebuilding process.

The city reached out to Accela to reimagine the process. The result: New Orleans was able to clear 125,000 structures for safety in 10 weeks—and this was done with 40 two-person teams of mobile users. What’s more, we created an online portal that enabled all homeowners to review the inspection results.

Much has changed since 2005. Today, local governments empower people to report on damaged assets or infrastructure using their smartphones. For example, residents can report potholes on the Miami government website and even request to be notified when they are repaired. Manatee County, Fla., allows people to self-inspect water heaters and air conditioning units with an app.

We have the technology to not only avoid future tragedies like Surfside, but also identify major problems with our crumbling infrastructure nationwide. As part of President Biden’s national infrastructure plan, the federal government should deploy tens of thousands of people across the country to inspect and photograph our oldest bridges, tunnels, and roads.

We already have a solution in hand—literally—and it is not only efficient, but relatively inexpensive. We need to try it now, before another calamity occurs and more lives are lost.

Maury Blackman is the CEO of Premise Data.