The IPO rush is on. Here are the companies that may go public this year 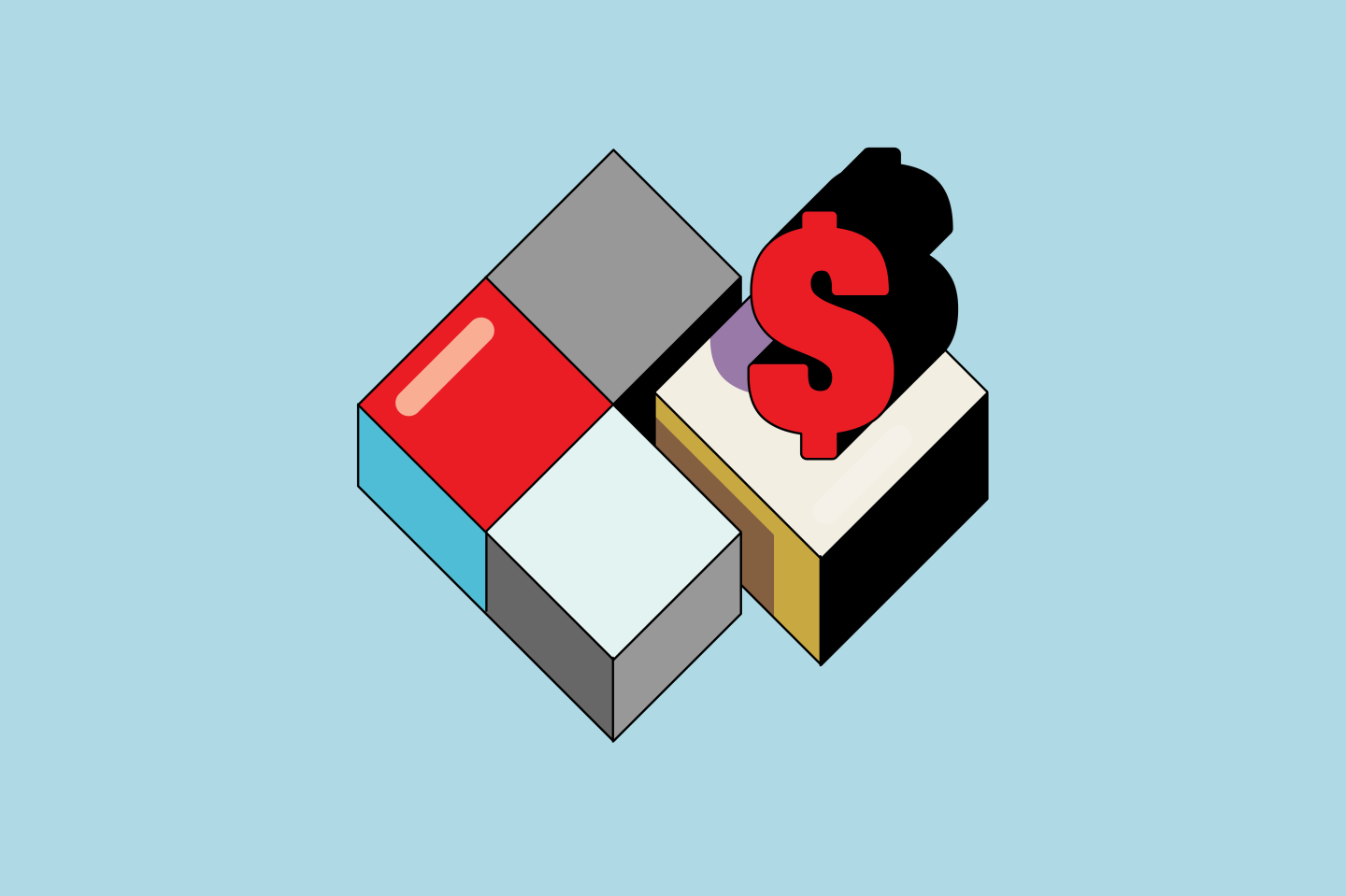 Since this pandemic year kept us inside and isolated, Americans have been dreaming of one big summer beach party in 2021.

The current market for initial public offerings (IPOs) is just that: a party, and a big one. It is already well underway, and the sun hasn’t gone down quite yet.

“We are on pace to have the most operating company IPOs of any year since 2000,” says Jay Ritter, a finance professor and IPO expert at the University of Florida. “And by and large, the companies going public are pretty substantial.”

In the year’s first quarter, there were 727 global IPOs raising $202.9 billion, according to accounting and consulting giant PwC. That includes both traditional IPOs, and special purpose acquisition companies (SPACs), the “blank check” vehicles that are often helmed by big-name investors.

It’s no mystery why so many companies are being taken public: A robust stock market, along with oceans of liquidity desperate for places to invest, has made it a very attractive moment to raise capital.

“Success begets success, and both investors and issuers found success in the year’s first half,” says Lise Buyer, a partner with IPO advisers Class V Group in Palo Alto, who is known as a principal architect of Google’s original offering.

So how is the summer of 2021 shaping up for IPOs? It’s impossible to peg too far out, since visibility only becomes clearer a couple of weeks in advance of IPO dates. Expected offerings can be slowed down or reworked or withdrawn for any number of reasons.

But the first summer wave of IPOs has already hit the shore, with some names familiar to consumers and investors. The week of June 28 was the year’s biggest for IPOs, including Krispy Kreme, which had only been taken private a few years ago. The famed doughnut maker raised around $500 million at $17 a share, and enjoyed a first-day pop of 23%. Also going public to kick off the summer were legal-services provider LegalZoom, cybersecurity startup SentinelOne, and Chinese ride-hailing app Didi Global.

The week of July 4 traditionally marks a bit of a lull for IPOs, but after that dozens more companies are expected to start pricing. To follow are some of the prominent ones to keep an eye on.

The popular trading app is one of the most valuable private companies in Silicon Valley. Having grown to 18 million accounts with $80 billion in assets, it is looking to raise $100 million (planned ticker: HOOD). It just filed with the SEC on July 1, although it is also coping with thorny issues like a $70 million fine from the Financial Industry Regulatory Authority (FINRA), related to its trading outages in March. Interestingly, it plans to reserve a large percentage of its IPO shares, between 20% and 35%, for its retail customers.

Anyone trying to learn a new language is probably familiar with this popular app, which runs courses on mastering 38 different tongues. In fact it’s the top-grossing educational offering in Apple’s App Store, with revenues up 129% last year to $161.7 million. That success spurred its founders to file for an IPO on the Nasdaq, with the planned ticker DUOL.

This firm might not be a household name among most retail investors, but it’s certainly known in the cloud computing and database software spaces. In fact it’s already generating more than $100 million in annual revenues, which many IPOs can only dream of. It helps corporate clients like Infosys manage their databases, and is reportedly looking at a valuation in the region of $3 billion, using the ticker BASE.

The fast-casual salad chain looks to capitalize on society’s turn toward healthier eating options, with a confidential IPO filing. Its last funding round valued the chain—now at 121 stores nationally—at $1.8 billion, with tennis star Naomi Osaka among its investors. The pandemic was challenging for restaurants of all types, but with 2019 revenues of over $300 million, it should emerge nicely positioned to feed an increasingly health-conscious society.

Think of some of your favorite clothing brands—Forever 21, Brooks Brothers, Juicy Couture, Aéropostale—and you might be surprised to learn they fall under the same corporate umbrella, Authentic Brands Group. The Jamie Salter–led firm steers more than two dozen brands, also including such familiar names as Barneys New York, Nautica, and Nine West. The potential valuation being mentioned for an IPO: $10 billion.

Consider the worth of Elon Musk’s Tesla, and it’s no surprise that other companies would aim to capitalize on the growing success of electric vehicles. Enter Rivian Automotive, an Amazon-backed concern looking to produce tens of thousands of electric trucks at its Illinois plant. An earlier fundraising round valued it at $27.6 billion, but more recent IPO projections are aiming much higher.

The well-known personal finance site was founded back in 2009 by Tim Chen and Jake Gibson, offering guidance on financial products like credit cards, loans, bank accounts, and mortgages. Now, with 100 million annual users tapping the resources of its website and app, it is aiming for a public offering that could value it at up to $5 billion.

You may or may not be hip enough to be a member of the Soho House private clubs, but if its IPO goes through, you could certainly own the stock. The organization operates 28 clubs around the world, with 18 more planned in the next couple of years, catering to its 119,000 members. It has yet to turn a profit, but even in the pandemic it retained 92% of its members, and its waiting lists grew even bigger.

With Facebook now at a $1 trillion valuation, there is serious money in social networking, which is why hyperlocal network Nextdoor has become a hot commodity. In fact it drew the attention of famed venture capitalist Vinod Khosla, and just announced a planned SPAC merger with Khosla Ventures Acquisition Co. II, with a projected close in 2021’s fourth quarter under the ticker KIND. Enabling interaction across more than 275,000 neighborhoods around the world, including a third of U.S. households, Nextdoor will continue to be led by CEO Sarah Friar, who previously saw IPO success in her time at Square

The voice-chat platform is so popular with gamers that its monthly active user base is a whopping 140 million. No wonder that multiple companies, including Microsoft, were in discussions to purchase it before talks fell apart. Instead the firm looks to be retaining its independence and heading toward an IPO. A previous fundraising round pegged a $7 billion valuation, and the Microsoft talks were said to be in the region of $10 billion, so this kind of money is—pardon the pun—not a game.

The grocery delivery app was certainly a business idea of the moment this pandemic year, with people staying home and shopping habits being altered. As a result, its workforce grew to over 500,000 as it scaled up to deal with increased demand. Its latest funding round pegged valuation at $39 billion, although observers have mentioned $50 billion as possible. Interestingly, it is said to be flirting with the idea of a direct listing instead of a traditional IPO, as other firms like Coinbase and Spotify have recently done.

Big data is big business, which is why investors are a salivating over a potential IPO of this San Francisco–based software firm. It’s one of the most valuable private tech companies around, having raised $1 billion at a $28 billion valuation just months ago. Since it’s on track for more than a billion in revenue in 2022, the analytics giant has observers likening it to another recent blockbuster software IPO, that of Snowflake.

The popular eyewear brand recently announced its confidential IPO filing, which could have investors envisioning a rare opportunity. The firm is a classic disruption story, having been founded back in 2010 by four classmates at the Wharton School: They upended the prescription glasses arena by going direct to consumer, enabling customers to try frames on at home. Previously it had raised $120 million at a $3 billion valuation—and it’s no longer just an online operation but one that features dozens of physical stores around the country as well.

Another direct-to-consumer play comes in the footwear space, with the buzzy firm Allbirds. It recently made a confidential IPO filing, to explore bringing its sustainably minded line of sneakers and apparel to public markets. Its products—like the flagship “wool runners”—are already extremely popular in Silicon Valley, which should ensure plenty of investor attention. Industry estimates peg annual sales at around $83 million, and its last valuation at $1.7 billion. An infusion of public cash would help fund its quest against existing giants like Nike and Adidas.

Traditional banks have long angered consumers through a wide variety of fees, which has left plenty of opportunity for the space to be disrupted. Enter fintech unicorn Chime, which has forgone brick-and-mortar locations in favor of all-online banking services. Its last private fundraising round valued the startup (which partners with FDIC-backed institutions) at $14.5 billion. It has drawn over 8 million customers, many of them millennials, with features like fee-free banking, early paydays for direct-deposit clients, and higher-yielding savings accounts. The pandemic-era shift to online services power-boosted its business model.

You know those third-party sellers you encounter when shopping on Amazon? Those are the bread and butter of Thrasio, which snaps up promising ones to take their marketing and operations to the next level. Thrasio’s website claims that it is the fastest profitable U.S. company to reach a $1 billion valuation, and in fact recent fundraising rounds have pegged it well beyond that. Thrasio is said to be in talks for a SPAC merger with Michael Klein’s Churchill Capital Corp. V, although nothing has yet been announced.

A great whale of potential IPOs is Chinese-owned ByteDance, the parent company of popular short-video app TikTok. With 1.9 billion active monthly users, its revenues in 2020 rocketed to $34.3 billion, up 111% from the year before. Partly thanks to run-ins with U.S. authorities—such as being targeted by then-President Trump—the company is said to be eyeing an IPO on the Hong Kong stock exchange. A December funding round valued the company at $180 billion, although shares have been privately trading in the region of a $300 billion valuation.