SoftBank shelves its robot Pepper, touted as the first machine with emotions 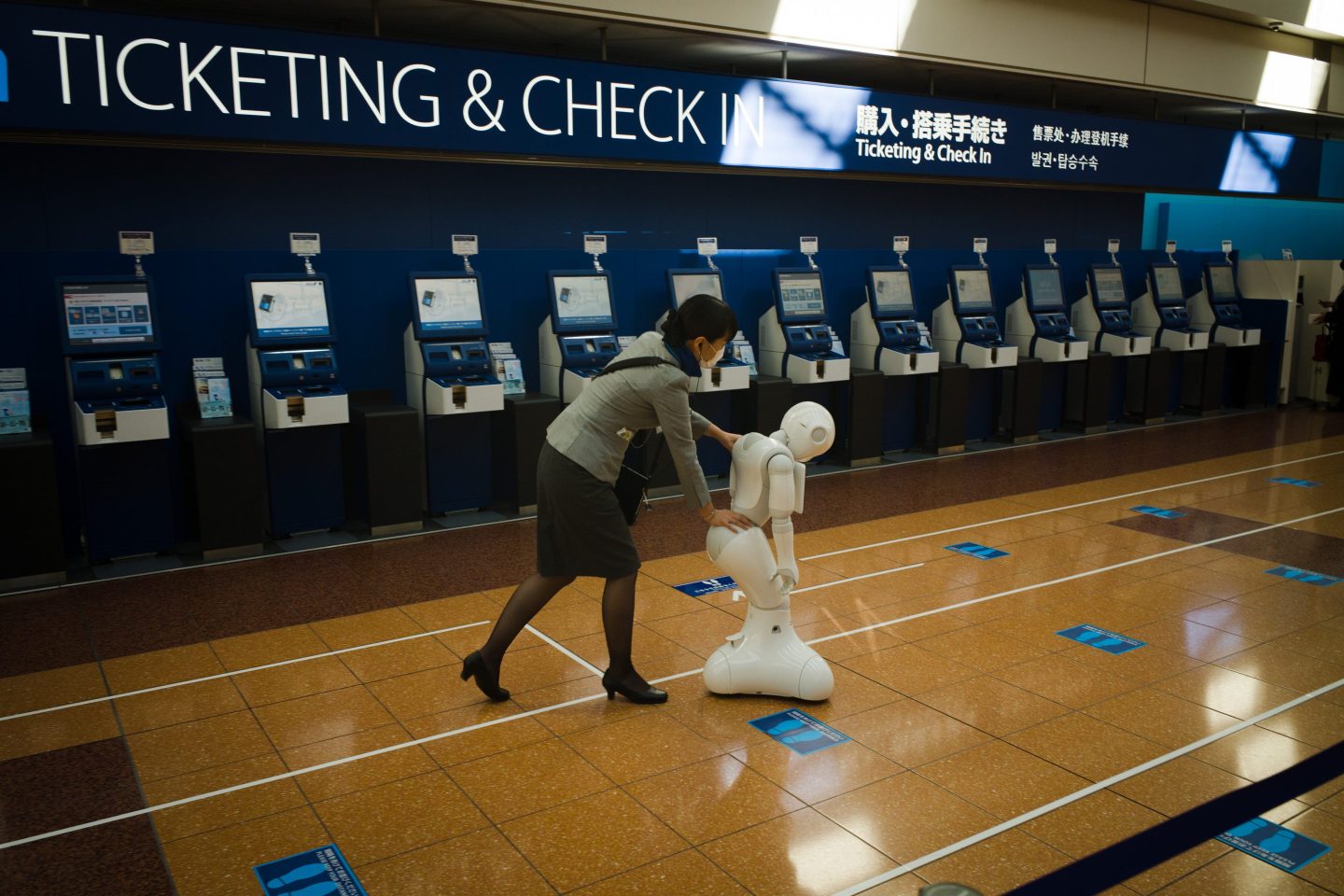 SoftBank Group Corp. has suspended production of its Pepper robot, shelving for now a project Masayoshi Son once personally championed as a symbol of his conglomerate’s ambitions in AI and technology.

The Japanese company halted assembly of the 198,000 yen ($1,790) robot in August after inventory piled up, but may decide to resume production in future, a SoftBank spokeswoman said. It’s now in discussions with its French robotics unit, which employs about 330 people, on potential job reductions, she said. Reuters reported earlier, citing unidentified sources, that SoftBank plans to cut roughly 50% of those positions in France by September.

Pepper, SoftBank’s first foray into robotics, was marketed from 2014 as a home companion and store assistant. Touted as the first machine endowed with emotions, the company marketed Pepper aggressively from the U.S. to Japan, promising the gadget was sophisticated enough for tasks usually handled by clerks, receptionists and translators.

Subscribe to Eye on A.I. for expert weekly analysis on the intersection of artificial intelligence and industry, delivered free to your inbox.

While the robot was capable of expressing human-like body language, maintaining eye contact and engaging in limited small talk, it never caught on. Now, it looks like Pepper—assembled by Taiwanese iPhone-maker Hon Hai Precision Industry Co.—is destined to join Honda Motor Co.’s soccer-playing ASIMO and Sony Group Corp.’s QRIO humanoids as the latest cool-but-impractical robot to come out of Japan.

SoftBank’s robotics group was created through the 2012 acquisition of Aldebaran Robotics SA. Its French engineers were said to have clashed with managers in Tokyo, including over complaints about unwieldy software. Pepper’s main selling point—the emotion engine—became a stumbling block after engineers found the robot pivoted between different states too rapidly and unnaturally. Only 27,000 units were ever made, Reuters reported.

In 2018, SoftBank introduced a more practical robot called Whiz, which cleans floors for businesses. Although Pepper can move on wheels, it typically stays in place and lacks the sophistication of Whiz’s movement. When Pepper debuted, according to SoftBank executives, people frequently asked if it could vacuum.