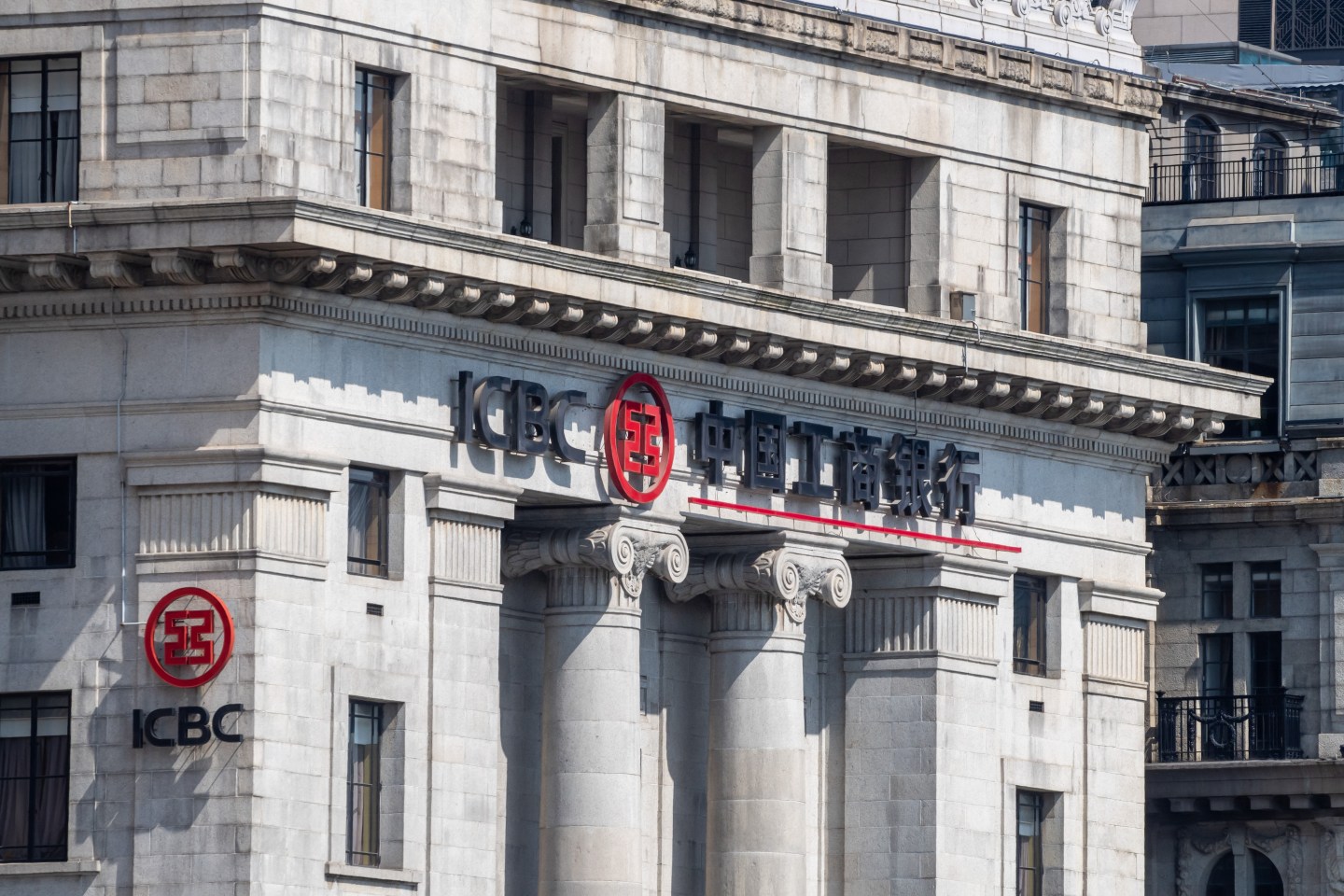 Banks like ICBC will play a key role in establishing a greener future.
Costfoto/Barcroft Media via Getty Images

While the coronavirus pandemic devastated communities across the globe, climate change didn’t stop. As we contemplate a just post-COVID recovery, it’s time for governments and corporations alike to take serious climate action.

Banks will play a significant role in determining whether a better, cleaner future is possible. In particular, the world’s biggest bank: With more than $4 trillion in assets as of 2019, the state-owned Industrial and Commercial Bank of China (ICBC) is uniquely positioned to quickly jump to the forefront of the accelerating climate leadership race.

The first step it should take is to stop all coal financing immediately.

ICBC’s record on coal financing is one of the worst among the world’s largest banks. In 2019, the bank provided $4.18 billion worth of direct funding to the world’s top 30 coal power companies, and was the world’s leading coal underwriter over the past two years. ICBC is going in the opposite direction of the Chinese government, which has pledged to achieve carbon neutrality by 2060.

As the single most significant contributor to the climate crisis, coal must be the first fossil fuel to be phased out. President Xi Jinping acknowledged the significance of phasing out coal in his announcement in April that China’s coal consumption will decline starting no later than 2026.

Banks like ICBC will play a key role in achieving this objective. ICBC has already shown that it wants to foster a positive brand image by claiming to be China’s green finance leader.

It’s time for the bank to put that claim into action. Changing ICBC’s lending policy could have a sweeping impact not only on other banks, but also on industries in the coal supply chain such as transportation, utilities, construction, and mining; the Export-Import Bank of China and the Agricultural Development Bank of China; and local governments’ energy plans.

ICBC is currently involved in almost 20 different coal power and mining projects in African and Asian countries, and faces growing resistance from local communities. Furthermore, analysts say that coal is losing its status as the cheapest form of power generation in major international markets, with $600 billion in new and planned projects at risk of becoming stranded assets.

A complete shift away from coal is an opportunity for a new economic paradigm. With the price of renewables becoming more competitive worldwide, the potential for African and Asian countries to leapfrog traditional energy sources directly to emissions-free renewables, such as wind and solar, has never been greater. Countries like Vietnam, Thailand, Indonesia, and Kenya are already powering significant chunks of their economies using renewables.

ICBC is not unaware of the potential in green investment. In fact, the bank has already shown its commitment to the environment in several ways. ICBC was selected as a member of the core group of the United Nations Environment Program’s Finance Initiative, assigned to help develop its Principles for Responsible Banking. In 2018, ICBC became a member of the China-U.K. Task Force on Climate-Related Financial Disclosures (TCFD) pilot group, and the bank is also committed to abiding by the Equator Principles, an environmental risk management framework for financial institutions.

And recently, Zhou Yueqiu, ICBC’s chief economist, announced that the bank will double its renewable energy investment in the next 10 years and produce a road map and timetable to phase out coal investment. In the meantime, it will only invest in “technologically advanced” coal-related projects.

To lead the way, ICBC must commit to a healthier and cleaner future without coal. By doing so, it will be protecting the bank, its staff, its customers, and China’s reputation as a climate leader.

Ogutu Keroboto is a professor at Dedan Kimathi University of Technology.

Anu Muhammad is a professor of economics at Jahangirnagar University.