From “Don’t Ask, Don’t Tell” to “Bring your whole self to work”: How finance gave LGBT people a seat at the table 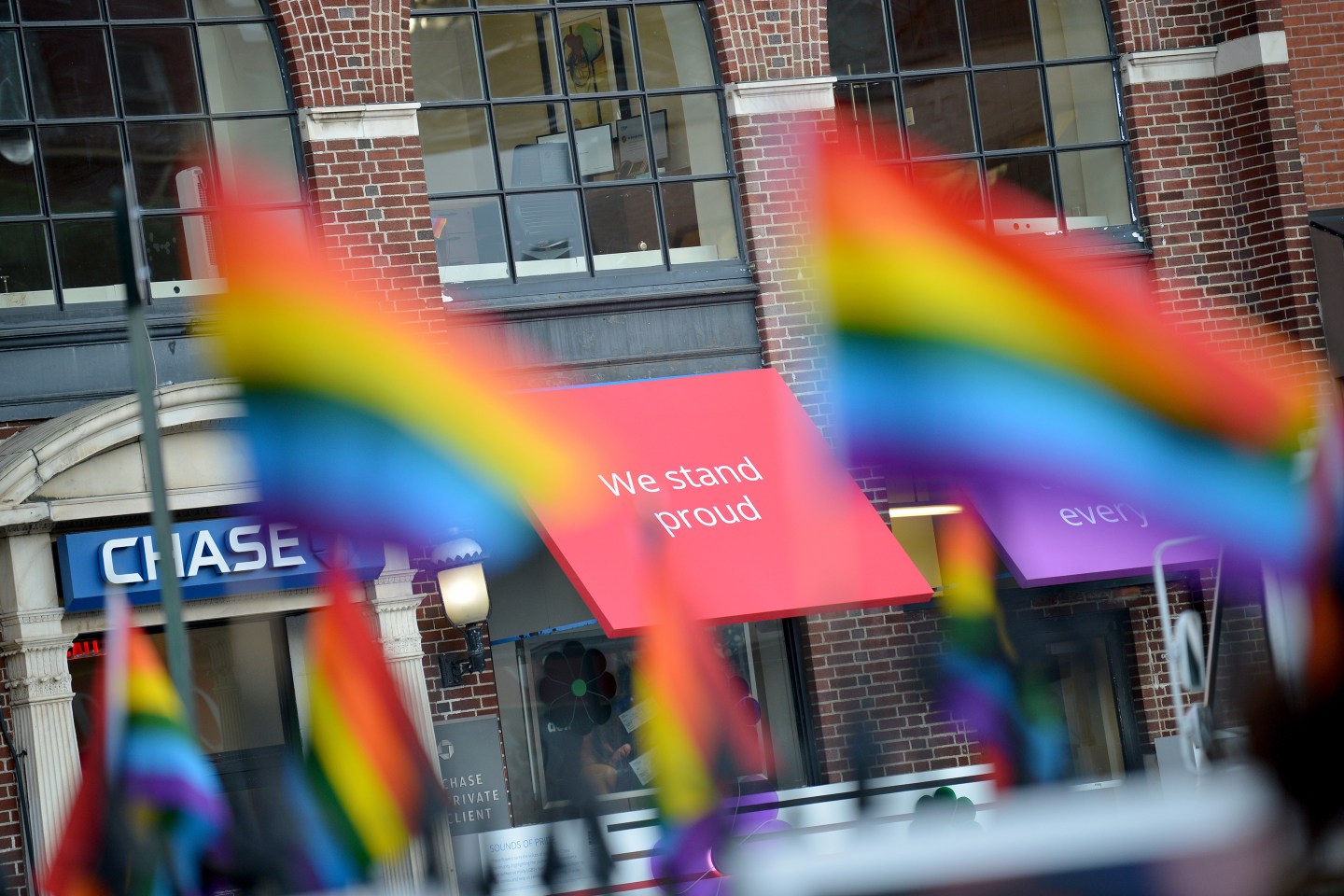 I attended the Gay Pride parade (as it was then known) for the first time on June 27, 1999, in New York City. I was tiptoeing my way out of the closet, and joining Pride was a seminal moment for me: an unabashed celebration of being gay.

Like all great parades, Pride was a spectacle. There were many flavors of queer represented—men dancing on floats, ladies waving from motorbikes, Stonewall veterans, drag queens, flowers, floats, music. By the time the sun set and Whitney Houston turned up to sing “Heartbreak Hotel” to an adoring crowd, we had entered some sort of collective gay nirvana.

That year was still a difficult time for gay people. There was no marriage equality (let alone civil unions), and no federal workplace protections for LGBT employees. Our status was codified by the Clinton administration with its “Don’t Ask, Don’t Tell” policy, which effectively meant that gay people would be silently tolerated.

I was just starting a career in finance, and the Pride parade was the first time I saw an expression of support from the financial industry. Some of those parade floats were sponsored by businesses like Chase and Citibank, each with gay employees waving to the crowds from above. It implicitly suggested that I could be a successful person in finance, and also be gay, and also be out.

Meanwhile, progress was afoot. I began working at BlackRock a few years later, and had a front row seat to an evolution taking place in the industry. BlackRock, like many other large financial organizations, had enacted broad anti-discrimination policies, and it followed that with a benefit that covered taxes for LGBT employees who were partnered but not able to claim tax benefits available to married couples. Then came adoption and surrogacy benefits. BlackRock was eager to support its LGBT employees, and to create an environment where they could bring their whole selves to work.

Most of these initiatives were driven by LGBT employees, who weren’t agitating from the outside, but rather gently nudging from the inside. And something interesting happened over time: As the company took more visible stances on equal rights and positive LGBT representation, firms like BlackRock effectively became part of the LGBT rights movement. The fight for LGBT rights and representation became BlackRock’s fight. And when BlackRock began to celebrate Pride as a firm, our CEO Larry Fink himself cut the rainbow Pride cake at our first firmwide reception.

Authenticity is a badge of honor in our industry, and for the LGBT community that is measured not just by rainbow logos during Pride, but by hiring practices, HR policies, culture, stewardship, and community activism. So while LGBT employees played a central role in driving policy and cultural change, it was also the clout of corporate America that took us from “Don’t Ask, Don’t Tell” to “Bring your whole self to work.”

As I scroll through my feed this month on LinkedIn, the rainbow logos of companies that embrace the LGBT movement are ubiquitous. I can draw a straight line from these logos all the way back to the Chase and Citibank floats at Gay Pride in 1999. The employees on those floats were among the first who came out of the closet at work, and they paved the way for more visibility and greater acceptance.

I am part of this same timeline. In my role at BlackRock, I now help drive the culture of an industry that once excluded people like me. Being LGBT is no longer the hurdle it once was.

But in some ways, I am still that wide-eyed kid at the 1999 Gay Pride parade, who saw kindred spirits in the Stonewall vets and the lesbians on motorbikes. All of those groundbreakers are part of me too, and they made it possible for me to have a seat at this diverse table—where we are all now welcomed, and celebrated.

Zach Buchwald is head of the institutional business for the U.S. and Canada at BlackRock.