Nasdaq wants to improve board diversity. Why doesn’t that include people with disabilities? 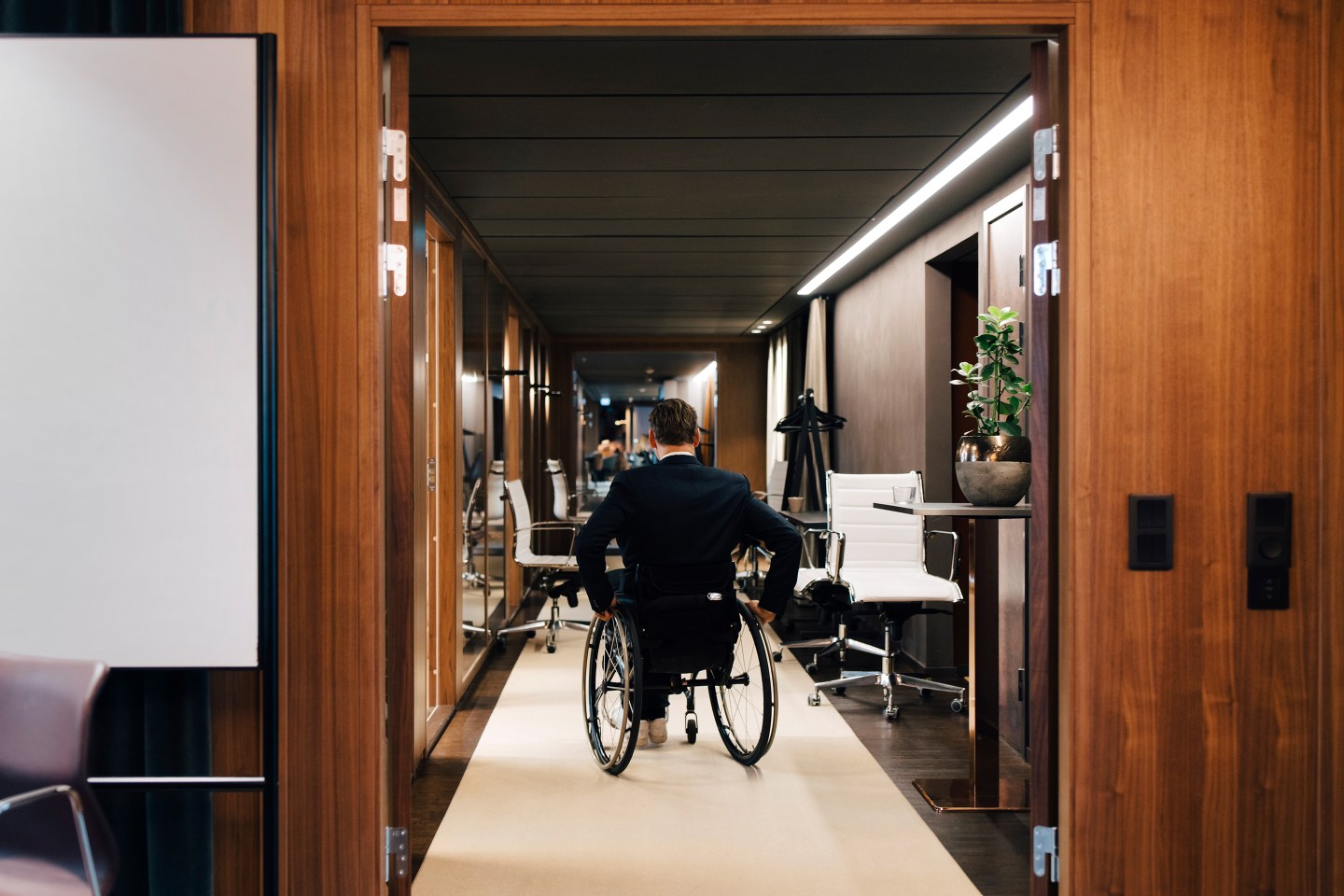 I lost my leg to bone cancer at age 12. Since then, I have been intimately aware of how people with disabilities are often overlooked by society. The battle for acceptance, recognition, and belonging is real. And though we have made significant strides as a society, we need more leadership on disability inclusion at the highest level of power.

Nasdaq is a great American institution, and its CEO, Adena Friedman, was recently recognized as one of the world’s greatest leaders by Fortune. That’s why it was deeply disappointing that Nasdaq recently refused—twice—the opportunity to lead corporate America toward a deeper embrace of people with disabilities.

For several years, investors have made clear that they recognize the human and financial value of diversity, equity, and inclusion. Inclusive companies perform better, and so they are better investments.

Millions of people with disabilities were disheartened to learn they were not counted among the “diverse.”

People with disabilities have long been recognized by Congress, the courts, and government agencies as having been subjected to a history of unequal treatment and marginalization based on myths, fears, and stereotypes. Based on this alone, disabled people deserve to be included alongside other underrepresented and marginalized groups.

More importantly, for Nasdaq, an organization that focuses on investor transparency and value, identifying business leaders with disabilities is clearly a material concern for investors. The composition of a company’s board, including whether or not it includes members with disabilities, impacts company performance.

According to a research report from Disability:IN, the American Association of People With Disabilities, and Accenture, when companies adopt best practices for hiring talent with disabilities, they outperform their peers among numerous financial metrics, including 28% higher revenue, double the net income, and 30% higher economic profit margins.

Regularly forced to adapt to an inaccessible world, people with disabilities have sharpened problem-solving skills and capacity for innovation. The very exclusion from all levels of corporate America is what makes people with disabilities such crucial assets to corporate boards. In short, disability-inclusive boards are better positioned to execute responsible governance, effective risk management, and optimal decision-making.

Also, the Center for Talent Innovation found that 75% of employees with disabilities in the U.S. have ideas that would drive value for their companies, compared with 66% of employees without disabilities. Even Nasdaq points out that “increased diversity reduces groupthink.” As such, 30 global investors with more than $2.8 trillion in assets managed recently called on their portfolio companies to create inclusive workplaces built for sustainable, long-term performance by tapping into talent with disabilities.

Overall, Nasdaq’s proposal makes a valiant effort to increase the disclosure of board diversity. But leaving people with disabilities out renders the rule unnecessarily under-inclusive—and perhaps reveals unintentional bias.

In 1963, my uncle John F. Kennedy said, “We must promote—to the best of our ability and by all possible and appropriate means—the mental and physical health of all our citizens.” Given the history of marginalization and segregation of people with disabilities, especially in corporate America, it is past time for Nasdaq to include those who self-identify as people with disabilities within the definition of “diverse.”

This will give investors more information about the companies they are considering investing in, and people with disabilities more hope about reaching the highest levels of corporate America.

Ted Kennedy Jr. is a health care lawyer and civil rights activist for people with disabilities, chairman of the American Association of People With Disabilities, and cochair of the Disability Equality Index.