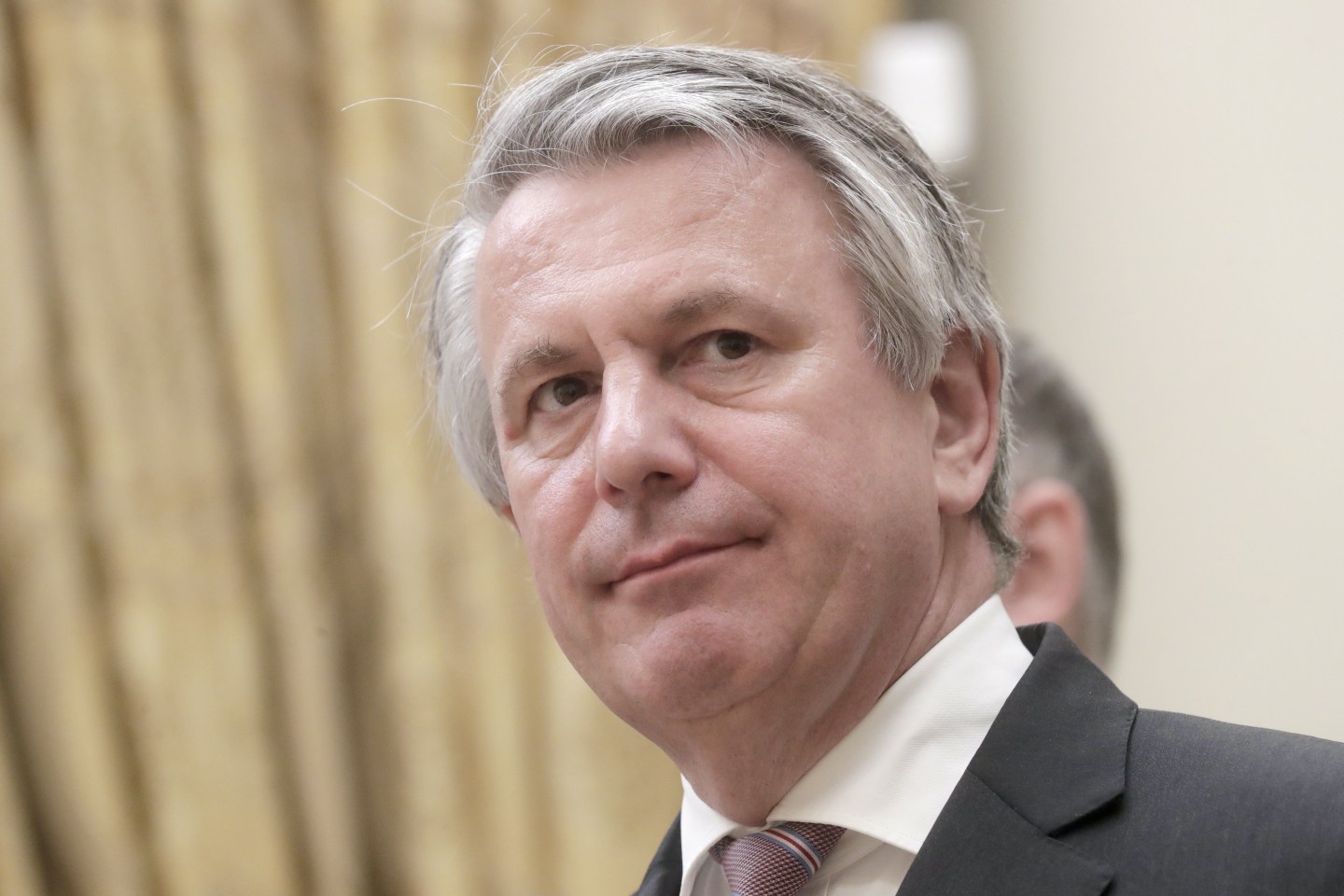 Royal Dutch Shell CEO Ben van Beurden said on Wednesday that the company is determined to rise to the challenge despite being unfairly singled out.
Mikhail Metzel—TASS via Getty Images

The oil and gas giant still expects to appeal the verdict and believes it has been unjustly singled out, Chief Executive Officer Ben van Beurden said Wednesday. However, the company also feels “determination to rise to the challenge” posed by the ruling, he said.

A court in The Hague on May 26 ordered Shell to slash its emissions harder and quicker than planned, after determining that the company’s strategy didn’t go far enough. The verdict could have far-reaching consequences for the rest of the global fossil fuel industry.

“We will seek ways to reduce emissions even further in a way that remains purposeful and profitable,” van Beurden said in a statement posted on LinkedIn. “That is likely to mean taking some bold but measured steps over the coming years.”

Oil majors have come under intense pressure to curtail greenhouse gases and ramp up investments into cleaner sources of energy. On the same day that Shell was ordered to do more on emissions, investors ousted two Exxon Mobil Corp. board members and Chevron Corp. shareholders voted in favor of a proposal to reduce pollution from its own customers.

Shell’s own plan involves cutting the intensity of its emissions—a measure of the energy needed to produce a unit of oil or gas, for example—by 20% by 2030. That compares with the judge’s order to reduce its absolute emissions by 45%, after the Dutch arm of Friends of the Earth sued Shell for violating human rights.

Van Beurden, 63, didn’t say how the company will accelerate its transition plan and there are no easy options. The oil major could increase the $3 billion-a-year ceiling it has earmarked for renewables and low-carbon technologies, but these businesses remain less profitable than its core hydrocarbons segment. Carbon sequestration and hydrogen production—key to Shell’s plans—are still in their infancy and rely on government subsidies.

The principal way Shell has removed emissions from its ledgers so far is the sale of assets. But of course those greenhouse gases aren’t eliminated; they’re simply transferred onto the books of whoever is buying the oil and gas fields. Such divestments can even result in higher emissions under new operators.

Shell plans to shrink its oil production by as much as 2% annually. But van Beurden on Wednesday cautioned against focusing on reducing supply. The company could lessen its carbon footprint by selling no more gasoline and diesel, but demand for those fuels wouldn’t change, he said. “People would fill up their cars and delivery trucks at other service stations.”

Shell’s own shareholders have given a mixed reaction to its transition plans. At its annual general meeting in May, the company received 89% support for its climate strategy—something that the court didn’t take into consideration—van Beurden said. Still, 30% of investors also voted in favor of a competing proposal asking the major to set more stringent emissions targets.

The Anglo-Dutch company is boosting investments in cleaner sources of energy, but it expects to continue pumping and selling oil and gas “for a long time to come,” to “maintain a financially strong company,” according to van Beurden.

The strategy is not dissimilar to its European peer BP Plc’s which, despite targeting a 40% cut in output this decade, referred to oil and gas as the “engine room” of the company that will fund its transition away from hydrocarbons. BP and Shell have labored to convince its investors that they can boost renewables returns, which historically are around 5% to 6%, thanks to their extensive trading organizations among other factors.

Ultimately, just forcing Shell to cut its emissions won’t solve the problem, van Beurden said. “The energy transition is far too big a challenge for one company to tackle.”