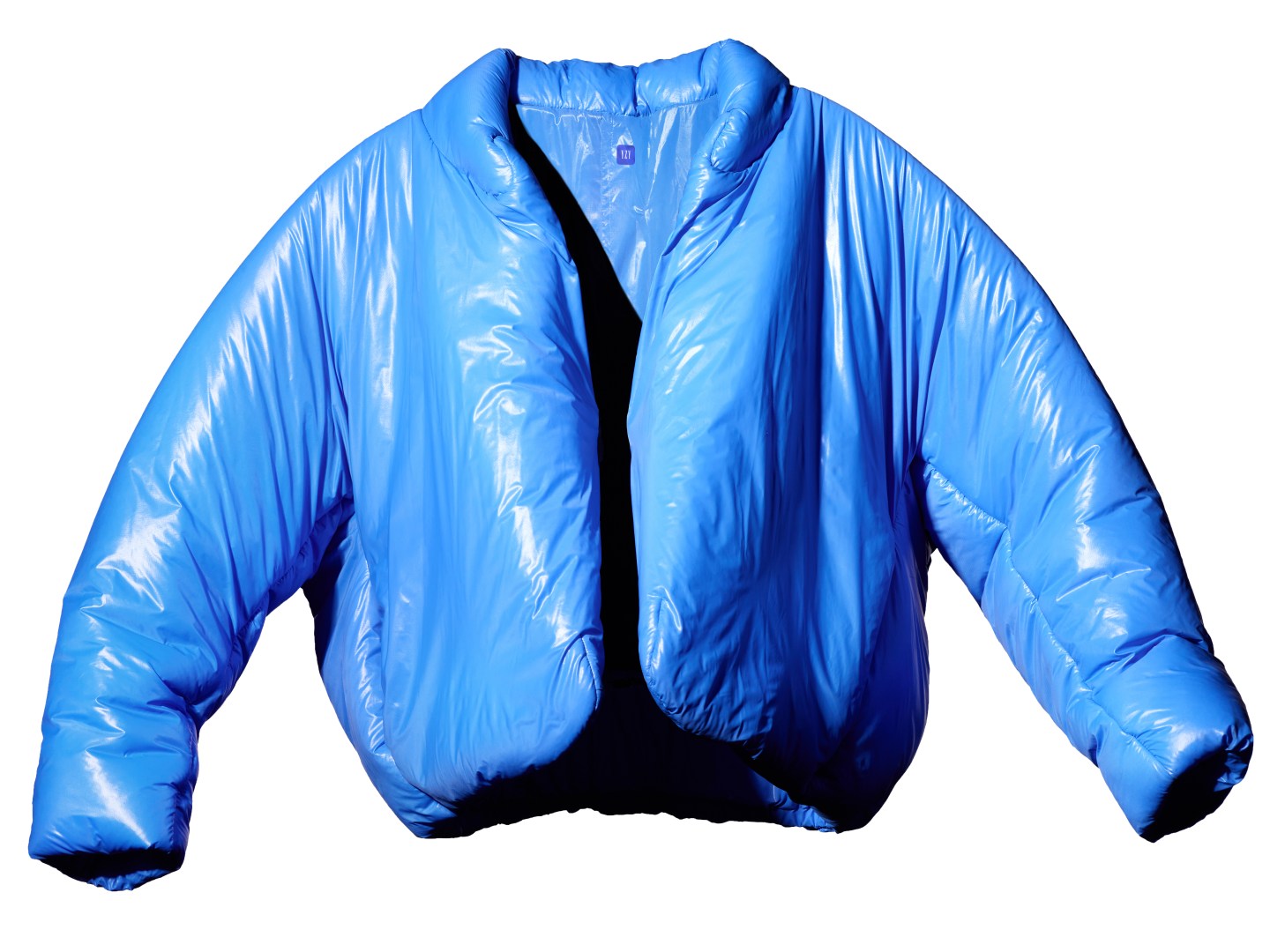 At long last, Gap Inc has something to show for its mega hyped product partnership with Kanye West.

The apparel retailer’s namesake brand unveiled one item on Tuesday from its Yeezy Gap line that is at the center of its 10-year deal with the mercurial designer and entertainer: a $200 recycled nylon jacket in blue that is currently available only for pre-order online in the United States. Interested shoppers will have to be patient since Gap said the unisex jackets won’t ship until the fall.

The anticipation has been high about what the collaboration might yield, not least from investors who saw the collaboration, announced nearly a year ago, as a way to revitalize the dwindling Gap brand. (Gap Inc’s Old Navy and Athleta have mitigated the erosion of the Gap and Banana Republic brands.) When the partnership was announced last June, Gap Inc shares rose the most in decades.

In the interim, Gap Inc has found West to be an unconventional business partner. Last October, West was pressuring Gap to add him to its board of directors. This one jacket aside, there are precious few details available about other items in the collection, or when they might hit stores.

Gap had hinted initially that some products could be available in the first half of 2021. But more recently, Gap Inc CEO Sonia Syngal suggested it would be later in 2021. “Work is underway on the Yeezy Gap collaboration with Kayne West,” the CEO told Wall Street analysts in late May on a conference call. “Again, we’re approaching this launch with deep intention and we expect to share more with you in the next few months.”

Gap could use a home run with its namesake brand. The brand’s sales had been falling for years even before the pandemic, coming in at $4.6 billion in 2019, a far cry from the $8 billion mark it was flirting with 15 years earlier. Bloomberg News reported last winter that Gap Inc sees a billion-dollar potential in its West partnership.

In part to reverse that long decline, the company in late May announced a deal to sell a new line of Gap home furnishings exclusively at Walmart, the first time Gap will ever sell its merchandise via outside retailers.

The partnership with the massive discount retailer could however perplex shoppers excited by the Gap brand’s partnership with West, one that would ostensibly restore some of its cool factor.

“We are also confused as to how this fits with the wider strategy of working with the YZY brand. To us it seems like Gap is scrabbling around for short-term, random fixes rather than having a coherent long-term vision of where it wants it wants to take the brand,” said Neil Saunders, a managing director at GlobalData.