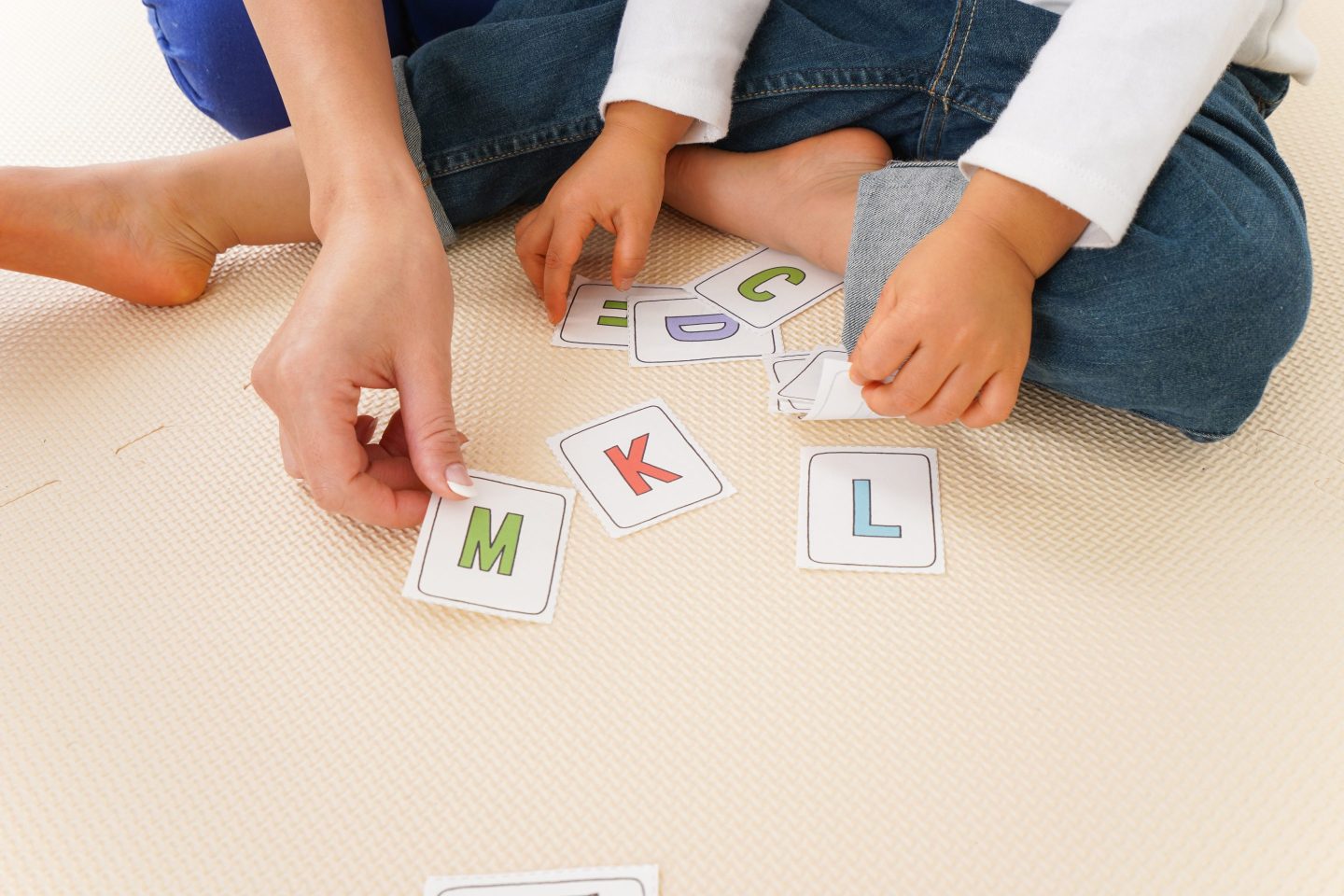 "Now is not the time to be resurrecting a 1970s-style 'mommy war,'" write the authors. "It is a moment to do right by all women, because the demands of raising a family today are hard on everyone."
Courtesy of Getty Images

There’s an emerging bipartisan consensus that the government needs to spend more to help families. Child tax credits and family allowances, long elusive in the U.S., have become increasingly popular with progressives and even a growing subset of conservatives. Some cheer this development as a sign of progress.

It’s not. These conservatives may have adopted the language of populism, but their agenda is straight out of 1950s traditionalism. Specifically, they are using their newfound support for child allowance as a means to block complementary public investments in child care by framing the latter, deceivingly, as the preference of “elites.” Over the past several weeks, we’ve seen a zealous, synchronized attempt to define the Biden Administration’s proposed $225 billion investment in child care as  “class war,” as likely Republican Ohio Senate candidate J.D. Vance tweeted, “against normal people.”

Although their case is specious, at best, their messages are coordinated, and their messengers are disciplined. On a strategic level, it’s smart: Even elites don’t like “elites.” By naming a conveniently unpopular adversary, conservatives are intentionally distancing themselves from the racist dog whistles that they have long deployed to oppose public investments in care and erode the social safety net. Unfortunately, this argument seems to have caught some progressives flat-footed, goading them into the scarcity-driven frame that has thwarted public investments in care for decades.

Conservatives allege that a plurality of Americans prefer a 1950s-style family arrangement and that “lower and working-class” Americans would choose cash payments over other forms of “care infrastructure,” such as child care and paid leave. These claims about preferences are often taken at face value. But a deeper dive on the primary evidence used to support these claims, the conservative think tank American Compass’ 2021 Homebuilding survey, reveals numerous problems that should give policymakers pause. “It is impossible to rely on the responses they reported for policy purposes, ” says Philip Cohen, professor of sociology at the University of Maryland, who noted numerous methodological concerns with, among other things, the sample, timing, and social class categorizations in the survey. Despite the survey’s many flaws, the work has secured numerous prominent media placements, including columns in the New York Times, Washington Post, and The Week, among many others.

The survey was also designed to pit various forms of “care infrastructure” against each other, forcing  respondents to select one preference, despite the fact that numerous other polls have found a wide range of policies—family allowances, child care, and paid family leave—enjoy broad-based public support. The supposed “differences” between lower- and working-class and middle- and upper- class families is likely just a reflection of what families view as their most urgent material need. Of course economically struggling families would be more inclined to opt for cash, especially when pitted against a hypothetical policy or program folks have no experience with and therefore might be inclined to distrust. But it’s an artificial constraint. The American Families Plan proposes a robust, though hardly radical, range of provisions, intended to benefit all families but targeted to those in greatest need.

Conservatives also contend that the dual-earner family is itself merely an “elite” preference—that a plurality of“working and lower-class” families prefer a family form in which one parent, typically the mother, stays home. But the actual evidence for this is shaky. “Which arrangement for paid work and childcare do you think is best for your own family while you have children under the age of 5?,” the survey asks.

Is it any wonder that a good number of the families coded in the survey as lower-class (39%) or working-class (46%) choose “one parent works full time and one parent provides childcare in the home”? These are likely folks struggling financially to make ends meet in (often, multiple) low-wage dead-end jobs. It makes sense that having one parent at home might sound preferable, luxurious even; the precarity of their near-impossible work-family balancing act practically guarantees that. But as Cohen explains: “Lower income parents may want the option to stay home with their children, but given the option of affordable, accessible, high-quality child care, history shows most parents would like to take advantage of it.”

Would these preferences change if the minimum wage was higher? If jobs offered them paid time off to care for a family member—or even to stay home if sick themselves? If the costs of high-quality child care could be capped at 7% of earnings? If jobs had more dignity, and more predictable hours? Maybe. But people answer surveys about ideals within the context of their current realities and are constrained by what they can see: You cannot prefer something you can hardly imagine. After depriving people of basic infrastructure to support their families for so long, convincing them of what could be—of how their lives could be easier—is perhaps the biggest barrier to overcome. Of course, some parents would still opt to stay home with their young children full time, but we cannot have an honest conversation about family policies without first having an honest conversation about the limitations of “preferences” in an environment where folks see few good alternatives.

Conservatives also inaccurately claim that public investments in child care would penalize married and stay-at-home parents. What they mean is that it won’t privilege such families over others. Recent analyses have already demonstrated how the U.S. tax code perpetuates gender inequity, by discouraging married women from working, and bestows additional economic advantage to white families whose structures, as scholar Dorothy A. Brown documents, are “most likely to fit its mold.”  This is social engineering intended not just to incentivize marriage but to punish single parenthood — something the U.S. already does in spades.  See Senator Mitt Romney’s Family Security Act, which is “designed to encourage those who wish to get married and start a family.” Or Senator Josh Hawley’s proposed parent tax credit that would give a fully refundable tax credit of $12,000 for married parents but only $6,000 for single parents, though as Rep. Katie Porter points out, there is no single parent discount when it comes to raising kids.

For all their talk of letting people choose, conservatives are actually working to do just the opposite by maintaining a broken, privatized child care sector that lacks adequate supply, pays its workers terribly, and is priced out of many families’ reach—systemic issues that a modest tax credit alone cannot fix. In the American Families Plan, parents can access child care for their children, or not. They can take advantage of free pre-k if they’d like, but they are not required to. They can use the child tax credit or paid family leave to subsidize caring for their child in the home. What is notable is not what these faux-populist “pro-family” conservatives are for but what they are against.

Continuing to double down in opposition to the kinds of investments that would provide families with real choices is not standing up for working families; it is refusing to acknowledge the economic realities that shape families’ lives. Today, 26% of children live with a single parent, typically a mother. As of 2017, 41% of women were the sole or primary breadwinners for their families.

Ignoring those realities is tone deaf in the best of circumstances; on the heels of a pandemic and economic crisis that drove 2.3 million women out of the paid workforce and concentrated economic pain disproportionately on Black and brown women, it is morally and economically reprehensible. Now is not the time to be resurrecting a 1970s-style “mommy war.” It is a moment to do right by all women, because the demands of raising a family today are hard on everyone. If we allow the bogus framing that pits the interests of affluent parents vs. working-class parents to stand, uncontested, progressives risk missing a moment ripe with possibility—one that may not come around for another generation.

Nicole Rodgers is the founder and executive director of Family Story, an organization working to dismantle family privilege in America and create cultural and political strategies to advance equity for all. Julie Kohler is an advisory board member of Family Story, a progressive strategist, and the cocreator and host of the Wonder Media Network podcast White Picket Fence. Find them on Twitter at @nsrodgers and @juliekkohler1. She has a Ph.D. in family social science from the University of Minnesota and writes frequently on topics pertaining to policy, politics, and gender justice.