An international deal on a corporate minimum tax is within reach. Courageous CEOs can help deliver it 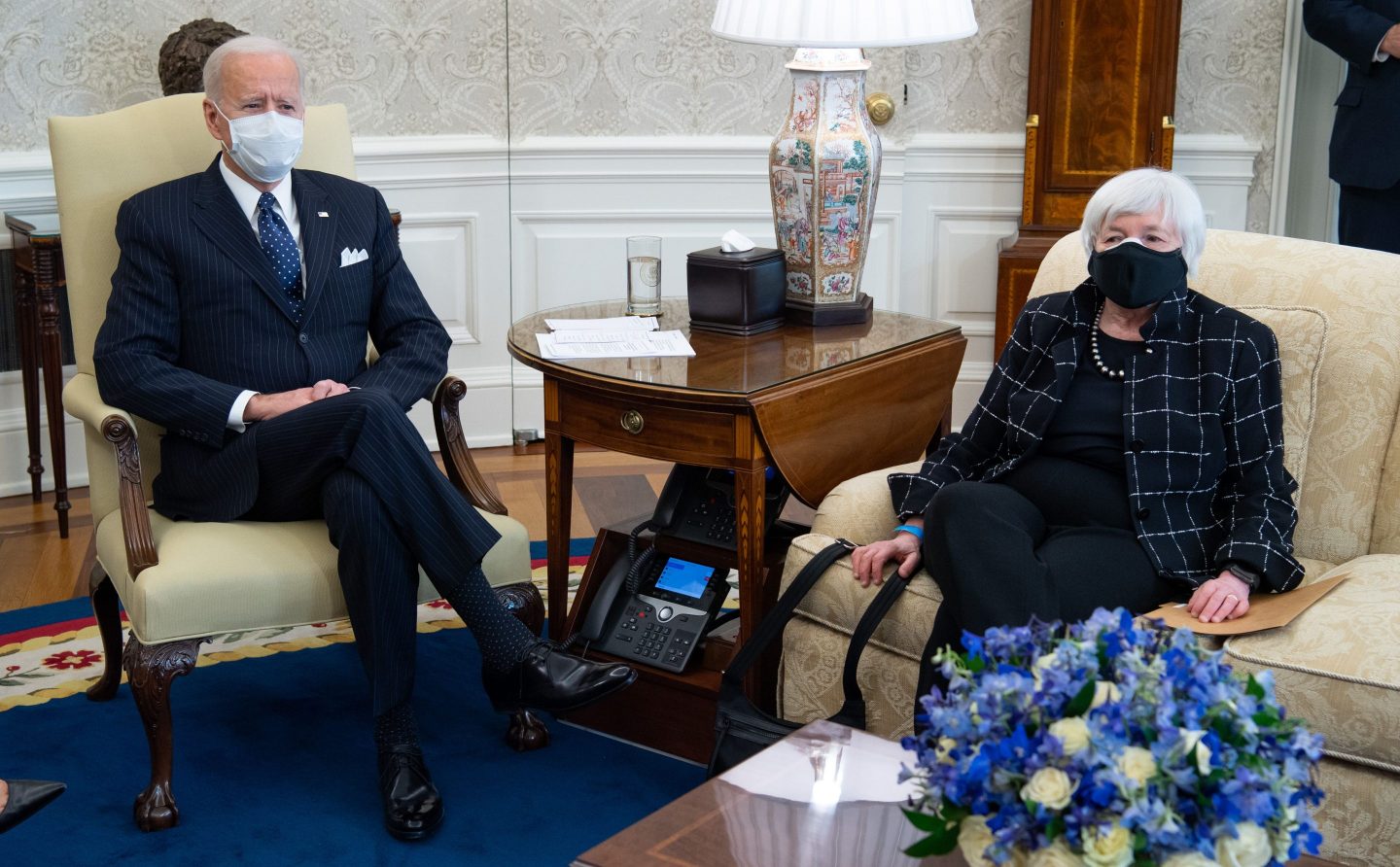 Campaigners for a global minimum rate on corporate taxes may have felt disappointed last week. The policy, which would deter multinationals from flocking to countries with the lowest rates, received a boost when President Biden’s administration came out for a 21% floor. U.S. Treasury officials have since rowed back, however, calling instead for a rate of “at least 15%.” This appears to be a pragmatic move aimed at getting a deal through the G7.

I agree with the campaigners: 21% would be better. When I was CEO of Unilever, we always sought to make a fair contribution, usually paying corporate income tax between 23% and 25%. We were proud to do so. But let’s not make the best the enemy of the good. International negotiations on business taxes are notoriously fraught. The United States is mercifully back at the table, and we are finally in reach of a deal between some of the world’s biggest economies—a foundation on which we can then build.

France, Germany and Italy are all on board. Notwithstanding some inevitable opposition, a G7 accord could pave the way for global agreement at the OECD later this year. Along with a minimum corporate tax rate, this agreement could ensure that U.S. tech giants and other big firms pay more tax in the countries in which they operate, not just those where their profits are booked.

This shift, if it happens, will present huge opportunities for business. I know some of my corporate peers still see a global tax agreement as a kind of multilateral stitch-up, aimed at curbing legal tax planning. But a growing number of CEOs also recognise that healthy tax bases are a prerequisite for healthy communities in which their companies can thrive.

In the words of U.S. Supreme Court Justice Oliver Wendell Holmes, “Taxes are what we pay for a civilized society.” For a CEO, where else might you find an investment that simultaneously prepares our future leaders and workforce, secures our communities and global supply chains, and funds the infrastructure that gets our goods and services to market? The need is especially acute in developing economies, which on average raise a considerably smaller share of their GDP in taxes, compared to developed nations. Corporate taxes often make up a significant part of this, so rebalancing taxing rights in favor of poorer parts of the world is key to tackling inequality and resourcing well-functioning states.

Public spending remains critical in the fight against COVID-19. It has accelerated the development and rollout of effective vaccines. Many companies and industries continue to rely on taxpayer support, whether through bailouts, supply chain interventions or furlough schemes. Meanwhile, fiscal stimulus continues to fortify consumer demand, in some cases exceeding 50% of GDP. The pandemic has illustrated beyond doubt that tax is more than an investment, it’s an insurance policy.

Fairer, more consistent rules across countries will also level the playing field for business. Why should a domestic firm pay tax at a higher rate than its multinational competitor, which is able to take advantage of international tax arbitrage? Why should technology companies reliant on intangible assets pay tax at a lower rate than those in traditional sectors?

Revived multilateralism creates predictability, too. Recent years have seen a breakdown in international tax relations. This has led some governments to pursue unilateral measures such as taxing the revenue of digital services providers, adding new uncertainties and costs to business.

Finally, confronting tax avoidance is fundamental to building the thing on which successful consumer-facing businesses depend: trust. Customers and employees regularly identify corporate tax avoidance as the issue that concerns them most about business ethics. Iconic brands can publish well-crafted purpose statements and speak out on touchstone societal issues such as #metoo and the brutal murder of George Floyd, but public displays of solidarity with your communities fall flat when you pay close to zero in tax.

For all these reasons, the boldest CEOs will advocate for international agreement on the corporate taxes we pay, and urge greater ambition. It is a political certainty that the negotiations will require compromise. The deal will be imperfect as a result. But a deal is a deal. A 15% minimum corporate rate can serve as a starting point, provided there are mechanisms to ratchet upwards.

Progress on climate change offers a useful parallel: the Paris Climate Agreement wasn’t a perfect deal either. But it brought together the key players and created a framework for common action around which we continue to organise.

Just as future facing business leaders and investors came out to support the Paris Agreement when the United States announced it would withdraw in 2017, courageous CEOs should now find their voice on tax. Momentum is building. As government officials thrash out the details behind closed doors, CEOs who publicly signal their support for an ambitious international agreement can help steady the nerves of hesitant politicians. Those who call on trade and industry bodies to follow suit, even more so.

It’s time to send a message loud and clear: we’re done with a global race to the bottom on tax.

Paul Polman is chair of The B Team, and author of Net Positive: How Courageous Companies Thrive by Giving More Than They Take, to be published in October.

A collection of stories, insights and resources on 21st-century business leadership—visit The New Leadership Playbook today.