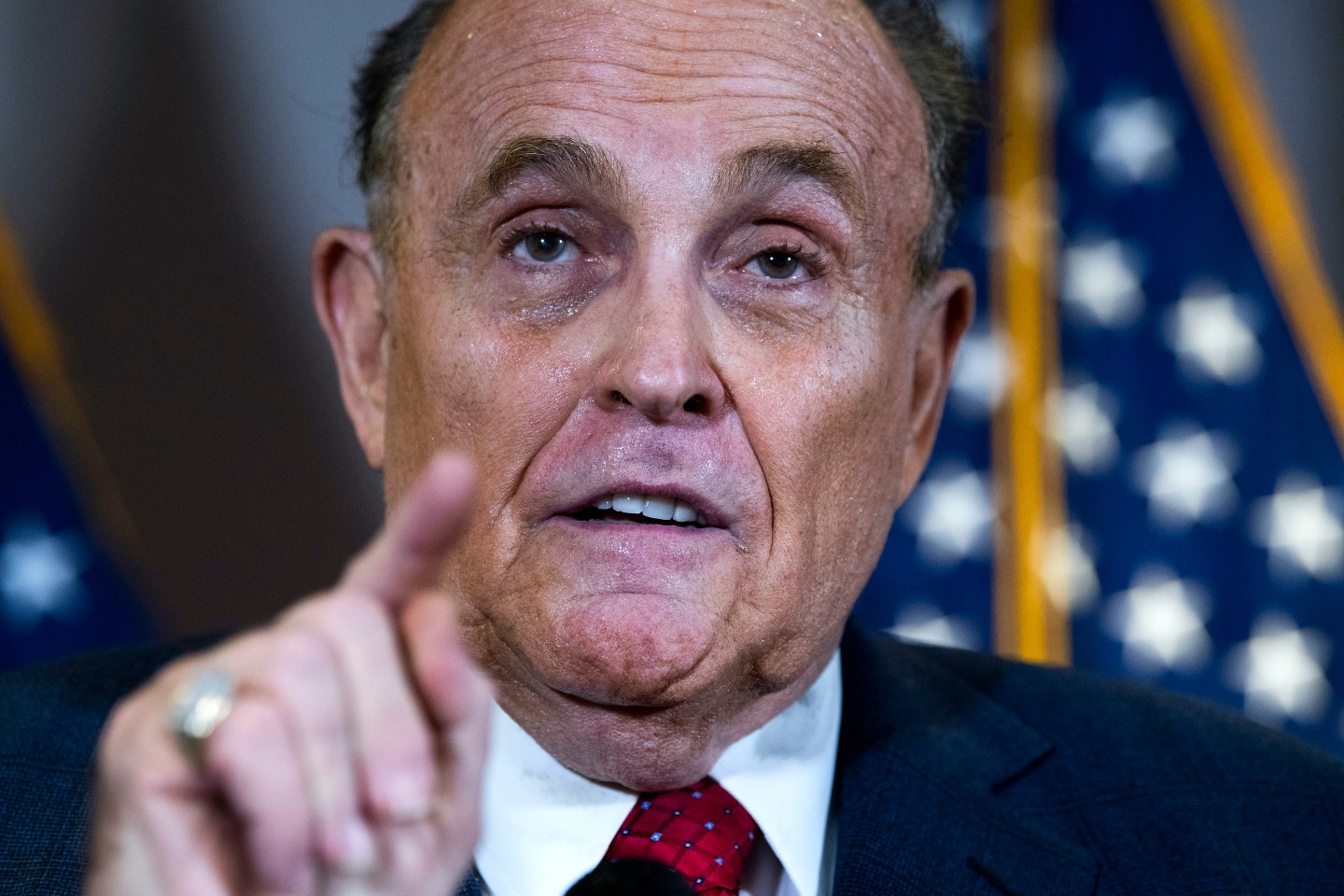 Federal prosecutors in 2019 feared that Rudy Giuliani would destroy evidence or intimidate witness if he knew was under investigation, defense lawyers said in a court filing.

The idea that the former New York mayor and personal attorney to Donald Trump would engage in such conduct “strains credulity” but government used its as the basis for a search of Giuliani’s Apple iCloud account, the lawyers said Monday in a filing in federal court in Manhattan. That search may have been illegal and may also have tainted the April 28 FBI raid on Giuliani’s Manhattan home and office, they said.

The filing was Giuliani’s first legal response to the raid. Federal prosecutors had asked the court to appoint a special master to review the evidence seized in the raid for material covered by attorney-client privilege, but Giuliani’s lawyer Robert Costello said the issue of the 2019 warrant needed to be addressed first.

“The validity of the 2019 covert warrant, and the handling of the information obtained by the prosecutor are serious questions that must be resolved before any further damage is done,” he said in the filing.

Giuliani’s defense team only learned of the iCloud search in a closed-door hearing shortly after the raid on his apartment.

Warrants to search cloud storage have been controversial among technology companies and internet privacy advocates. Justice Department guidelines permit their use only under certain circumstances, including a concern that a target may destroy evidence or intimidate witnesses.

“It is not only false, but extremely damaging to Giuliani’s reputation,” Costello said. “It is not supported by any credible facts and is contradicted by Giuliani’s efforts to provide information to the Government. We should be allowed to question the Government as to what basis it had, if any, to make that assertion.”

The raids on Giuliani are part of an investigation into whether Giuliani’s dealings in Ukraine violated U.S. laws on covert lobbying for foreign interests. Giuliani orchestrated the firing of the then-U.S. ambassador to Ukraine as he was seeking political dirt on Joe Biden ahead of the 2020 election.

The investigation is also linked to the prosecution of two of Giuliani’s associates who were involved in his Ukraine effort, Lev Parnas and Igor Fruman. The pair have pleaded not guilty and are awaiting trial.