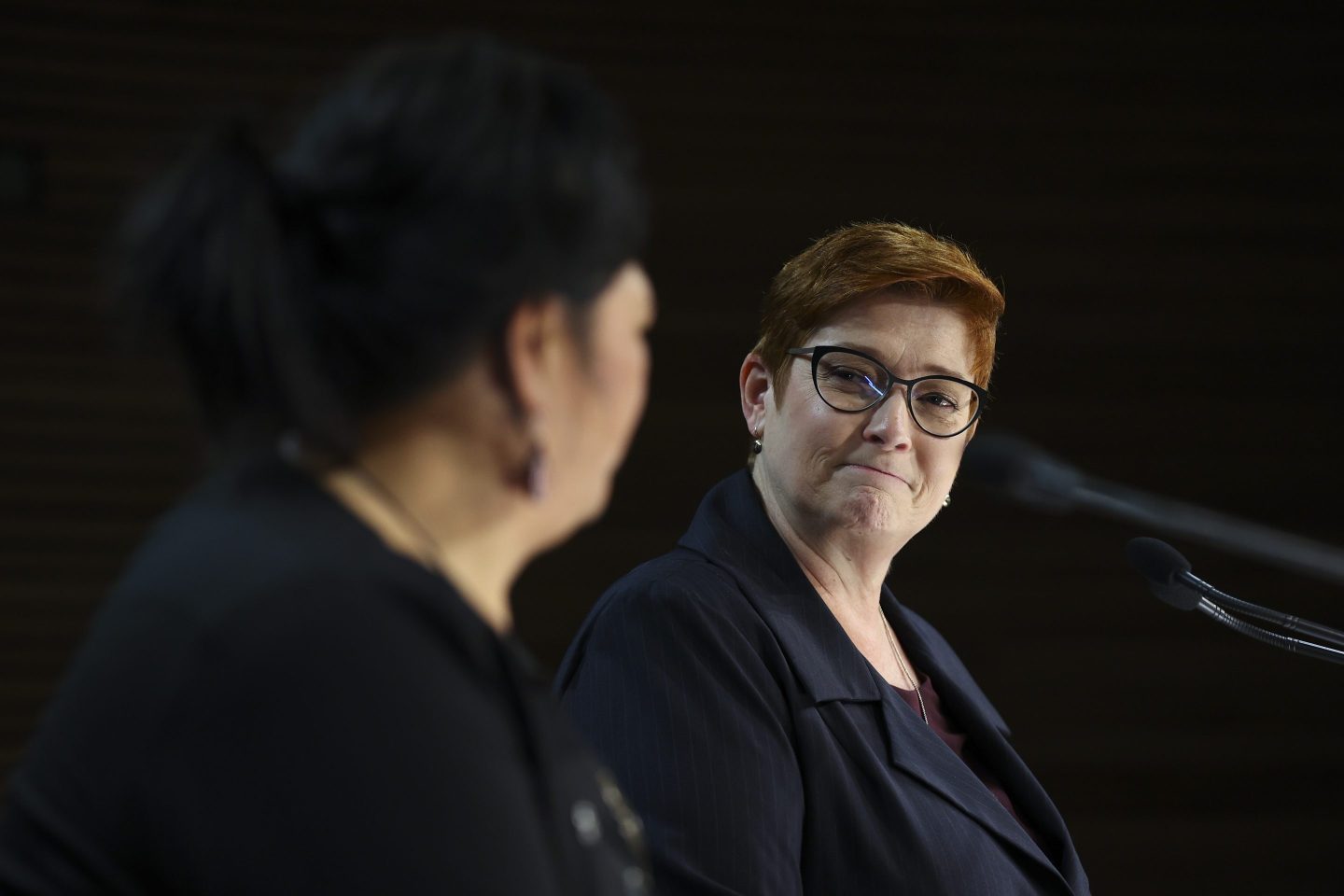 China has slammed Australia’s decision to cancel agreements between the Belt and Road Initiative and the Victoria state government, signaling a worsening of ties between the nations.

The Australian federal government scrapped both the memorandum of understanding and framework agreement signed between Victoria and China’s National Development and Reform Commission, Beijing’s top economic planning body, Foreign Minister Marise Payne said in an emailed statement Wednesday. She described the deals as “inconsistent with Australia’s foreign policy or adverse to our foreign relations.”

The step “is another unreasonable and provocative move taken by the Australian side against China,” the Chinese embassy in Canberra said in an emailed statement. “It further shows that the Australian government has no sincerity in improving China-Australia relations — it is bound to bring further damage to bilateral relations, and will only end up hurting itself.”

Relations between Australia and its largest trading partner have been in freefall for a year after the government called for an independent probe into the origins of the coronavirus. Beijing has since inflicted a range of trade reprisals, including imposing crippling tariffs on Australian barley and wine while blocking coal shipments.

“What we have to wait for now is how Beijing will react materially” to Payne’s move, Clive Hamilton, a professor at the Charles Sturt University, said in a Bloomberg Television interview on Thursday. “The Belt and Road is Beijing’s strategic tool to advance Beijing’s influence around the world.”

The bans are the first under laws passed by the national parliament in December that give the foreign minister the ability to stop new and previously signed agreements between overseas governments and Australia’s eight states and territories, and also with bodies such as local authorities and universities.

Payne’s announcement, which included bans on two other deals between Victoria and the governments of Iran and Syria, came the same day a Chinese diplomat indicated that there will be no immediate thaw in ties between Beijing and Canberra.

“We have done nothing intentionally to hurt this relationship, and we have seen too many incidents over the past few years in which China’s interest has been hurt,” Wang Xining, the Chinese Embassy’s deputy head of mission, told reporters in Canberra.

The BRI deals with Victoria, the nation’s second-most populous state, aimed to increase Chinese participation in new infrastructure projects. They were signed between October 2018 and a year later.

Payne said Wednesday she had been alerted to more than 1,000 arrangements between foreign governments and Australia’s states and territories, local governments and public universities since the laws were enacted.

The law may still allow the federal government to review and overturn memorandums of understanding between Beijing and the state governments of Western Australia, South Australia and Tasmania in sectors ranging from investment, science cooperation and access to the Antarctic.

“I will continue to consider foreign arrangements,” Payne said. “I expect the overwhelming majority of them to remain unaffected.”

Wang Huiyao, an adviser to China’s cabinet and founder of the Center for China and Globalization, described Australia’s move as unwise.

Victoria’s participation in the Belt and Road Initiative was a “huge benefit” for Australia, and “if they abandon that, it’s going to take more time for China-Australia relations to recover,” he said.