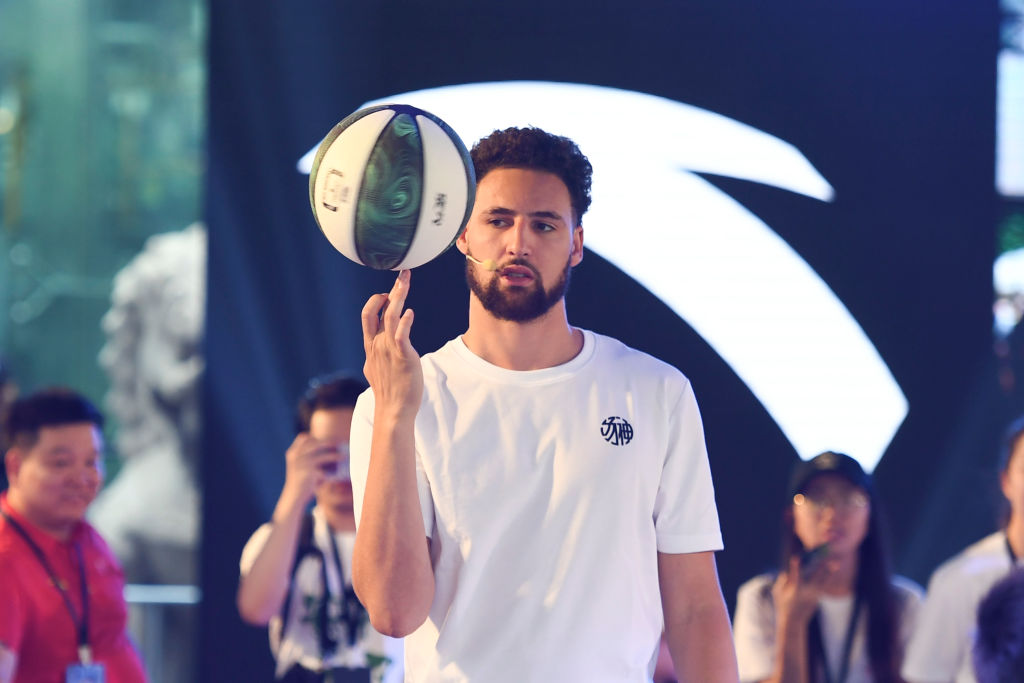 Nike and Adidas are among the global brands now facing a revolt among Chinese consumers for expressing concerns about forced labor in China’s Xinjiang cotton industry. Anta, a Chinese sportswear brand often called “the Nike of China,” is doubling down on buying the controversial cotton and welcoming disaffected Nike and Adidas customers with open arms.

The consumer reckoning facing foreign brands started on March 23, when the government-backed Communist Youth League of China blasted a months-old statement by Swedish retail giant H&M. The statement said the retailer had “deep concerns” about alleged forced labor among China’s Uighur minority population in western Xinjiang, a region that accounts for 85% of China’s cotton production and 20% of global cotton supply.

Online activists and state media outlets soon fanned the flames of the online outrage, turning the viral post into a consumer boycott movement.

H&M took the brunt of the assault: Up to 20 stores in China were shuttered; e-commerce companies pulled H&M products from their platforms; and tech companies and food-delivery platforms in China even wiped H&M store locations from online maps.

But other global brands including sportswear giants Nike and Adidas didn’t escape the fallout. The People’s Daily, a mouthpiece of the Chinese Communist Party, posted on Weibo that companies like Adidas and Nike were just as blameworthy as H&M since they too had expressed similar concerns about forced labor in Xinjiang.

Soon after, users posted videos of themselves burning Nike shoes; Nike and Adidas apps were yanked from app stores; and celebrities pulled out of their sponsorship deals with the foreign sportswear firms.

Anta pounced, taking the blowback against Nike and Adidas as an opportunity to tout its homegrown credentials to Chinese consumers revved up on nationalist fervor. On March 24, Anta, headquartered in Jinjiang, in China’s eastern Fujian province, posted to Weibo that it was pulling out of the Better Cotton Initiative (BCI), an organization that promotes sustainability in the cotton industry, over BCI’s decision last October to exit Xinjiang owing to reports of Uighur forced labor.

“We have been purchasing and using cotton produced from China, including the Xinjiang region, and we will continue to purchase and use cotton from China,” Anta said. Its affiliate Fila China said it would do the same.

Capitalizing on such sentiment may lead to a short-term spike in Anta sales. But sidling up to Beijing is not just about immediate gains. Over the past few years, Anta has leaned into its Chinese roots to contrast itself with Western brands and to meet the demands of an increasingly nationalistic consumer base.

‘A price on ability’

Anta CEO Ding Shizhong says he got the bug for the sneaker business after dropping out of high school in the 1980s and selling shoes in Fujian as a teenager, he’s told Chinese media.

He founded Anta in 1991, with a small shoemaking workshop. He slowly scaled up his sneaker business over the next decade as China’s interest in sportswear steadily grew. Anta’s appeal was a sneaker price point that was roughly a third of what Nike and Adidas charged.

After going public in Hong Kong in 2007, Anta’s big break came at the 2008 Beijing Summer Olympics. It served as an unofficial sponsor of the Games, but it rode that limited exposure and China’s newfound sports mania to record sales.

From 2006 to 2009, Anta’s annual revenue jumped by a factor of five, and the company increased its store count in China from 4,000 to nearly 7,000, according to the company’s financial statements. By this point, Anta had expanded its offerings to include a full line of apparel for various sports, basketball, tennis, running, and soccer among them.

But the Olympic high only lasted a few years.

By the mid-2010s, Anta’s brand grew “stagnant,” says Allison Malmsten, a consumer analyst at Shanghai-based Daxue Consulting: “The brand was burdened by the reputation of being cheap.”

To turn itself around, Anta launched a successful marketing campaign under the tagline, “You can’t put a price on ability,” which helped recast the brand as cool, Malmsten says.

Anta also added to its portfolio of foreign brands, building upon its 2009 acquisition of Italian brand Fila Sports’ China operations.

The foreign acquisitions gave Anta a foothold abroad without having to sell overseas customers on a Chinese brand. Li-Ning, Anta’s biggest Chinese competitor, nearly bankrupted itself in efforts to open outlets overseas in the early 2010s. Anta, meanwhile, has not yet opened an Anta-branded store outside mainland China.

Anta’s strategy worked. In 2018 and 2019, Anta’s revenue grew by more than 40% each year after averaging roughly 20% growth in the previous five years. In pandemic-scarred 2020, revenue topped 35.5 billion RMB or roughly $5.4 billion, an increase of nearly 5% from the previous year.

Underlying the success was Anta’s ability to carve out its own niche in China’s sportswear market.

“[Anta] fills the gap between ‘expensive and foreign’ and ‘cheap and local’ while still being perceived as decent quality,” says Malmsten.

Anta now boasts over 12,000 stores in China, and as of 2019 controls 15% of China’s sportswear market, compared with Nike’s 23% and Adidas’s 20%, according to Bloomberg. A decade earlier, Anta had 7% of a much smaller Chinese sportswear market, while Nike and Adidas each controlled 13% and 10%, respectively.

The Xinjiang controversy provided an immediate boost to Anta’s Hong Kong stock. As of Thursday, the company’s stock price had surged 17% since March 24, when Anta announced it was pulling out of BCI.

But the brand’s stance in the Xinjiang controversy may provide Anta only a slight lift in its long-standing quest to best Nike and Adidas in its home market.

“Anta is unlikely to eat too much of Nike’s lunch” as a result of the Xinjiang fallout, says Mark Tanner, managing director at China Skinny, a consumer research firm in Shanghai. “Like many brand protests in years gone by, Chinese consumers will move on quickly with the next brand scandal.”

Anta did not respond to Fortune’s request for comment.

But Anta’s decision to pull out of the BCI also reflects a yearslong strategy to more closely align itself with Beijing.

In 2017, Chinese President Xi Jinping sported an Anta coat while visiting with athletes at Zhangjiakou, a ski village that will host events for the 2022 Winter Olympic Games. Anta touted the event, commemorating it with an exhibition about the visit in at least one of its factories.

A poster of Chinese President Xi Jinping wearing the Anta national team parka, while greeting Olympic athletes in the ski town of Zhangjiakou, is displayed at Anta’s factory in Jinjiang, on Aug. 27, 2019.
Qilai Shen—Bloomberg/Getty Images

Anta, an official supplier and sponsor of the upcoming Beijing Games, debuted its 2022 Winter Olympics line in July 2020. Anta says it will make the clothing line, a mix of T-shirts, jackets, and other athletic gear, available to Chinese Olympic athletes and for sale to the general public. Notably, it’s the first time the public—not just athletes—will have access to Olympic gear emblazoned with the Chinese flag.

Tanner says that Chinese consumer preferences for domestic brands have increased in the past seven or eight years, a trend accelerated by the U.S.-China trade war and rising tensions with the U.S. amid the pandemic.

“These brands are already benefiting from the Guochao [nationalistic buying] trend, and this [Xinjiang] controversy will only strengthen that,” says Malmsten.

Ultimately, Anta’s patriotic branding means it had little choice but to pull out of the BCI and promote Beijing’s official line on Xinjiang. But Anta is likely more than happy to rake in even the mildest uptick in subsequent sales.

“By aligning itself with national politics, Anta has everything to gain in domestic markets and little to lose abroad,” says John Zhang, director of the Wharton China Center at the University of Pennsylvania. “As a Chinese company, national politics is supreme, and you do not survive long in the marketplace if you bet against it.”