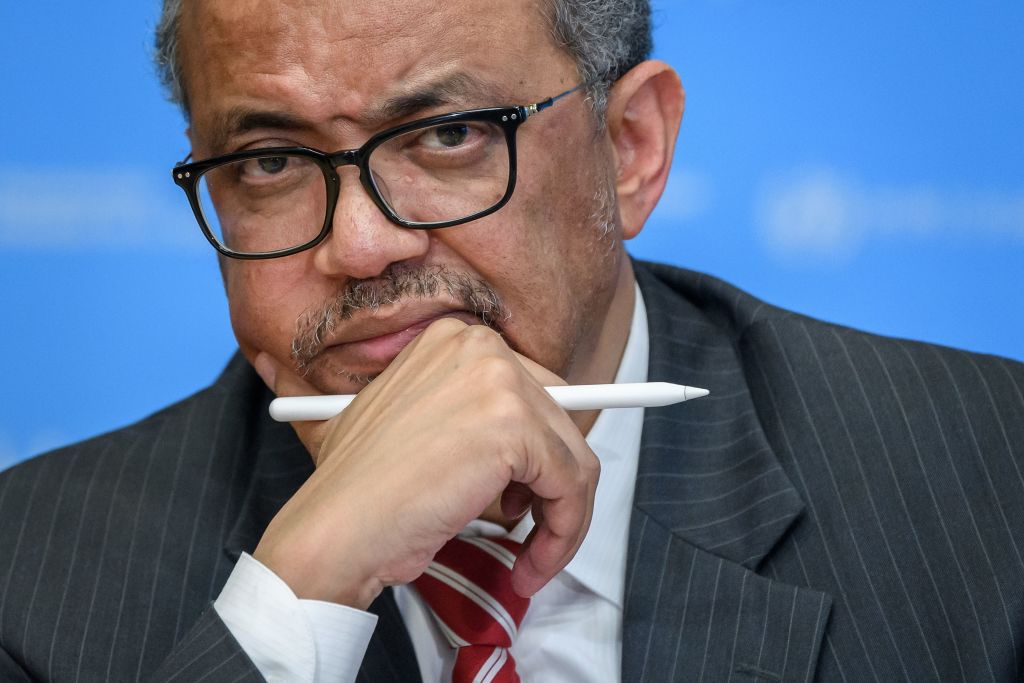 On Tuesday, World Health Organization (WHO) Director-General Tedros Adhanom Ghebreyesus accused China of withholding data in the WHO’s landmark investigation into the origins of COVID-19.

“In my discussions with the team, they expressed the difficulties they encountered in accessing raw data,” Tedros said in a statement on Tuesday.

The WHO released its report on the joint investigation between Chinese and WHO investigators on Tuesday, which said the disease most likely originated in a bat or other animal and spread to humans through an intermediate host. The report, based on a monthlong investigation in Wuhan earlier this year, said that it was “extremely unlikely” that the disease originated in a Chinese laboratory, but “possible” it was introduced to China through frozen imports via cold-chain transmission.

But Tedros downplayed the conclusions on Tuesday, saying that more studies will be needed to decipher the origins of the COVID-19 pandemic. More cooperation from Chinese authorities would help, he added.

“I expect future collaborative studies to include more timely and comprehensive data sharing,” he said. “I do not believe that this assessment was extensive enough.”

In the wake of the report’s release, the U.S., Japan, U.K., and 10 other countries issued a joint statement criticizing the findings.

“The international expert study on the source of the SARS-CoV-2 virus was significantly delayed and lacked access to complete, original data and samples,” the countries said in the statement.

“[China has] not been transparent, they have not provided underlying data,” White House spokesman Jen Psaki said Tuesday, explaining that China’s behavior “does not qualify as cooperation.”

China’s foreign ministry released a statement about the report Tuesday applauding its findings.

“The Chinese side offered necessary facilitation for the team’s work, fully demonstrating its openness, transparency and responsible attitude,” a foreign ministry spokesperson said in a statement.

The Chinese side also warned that countries should not “politicize this issue,” even as a foreign ministry spokesperson, earlier in the day, floated a conspiracy theory that the virus may have emerged from a U.S. lab.

Now the state of the investigation may be reaching an impasse.

China appears to believe that its work is done in tracing the origins of COVID-19, at least in terms of research within its borders.

In February, Chinese investigators declared that origin-tracing work in China was over and that the investigation should expand to other countries. On Tuesday, Beijing reiterated that more studies should be conducted in “multiple countries and localities.”

Meanwhile, the U.S., EU, other foreign governments, and head of the WHO investigation Dr. Peter Ben Embarek are pushing for more study in China, where the COVID-19 pandemic first emerged.

Amid the gridlock, the chance of researchers finding out how the COVID-19 pandemic started seems to grow more remote by the day.

“We will probably never know the full story [of the COVID-19 pandemic]; it will always be obscured” because of delays in the WHO’s investigation, Nicholas Thomas, professor in global health governance at the City University of Hong Kong, told Fortune in February.