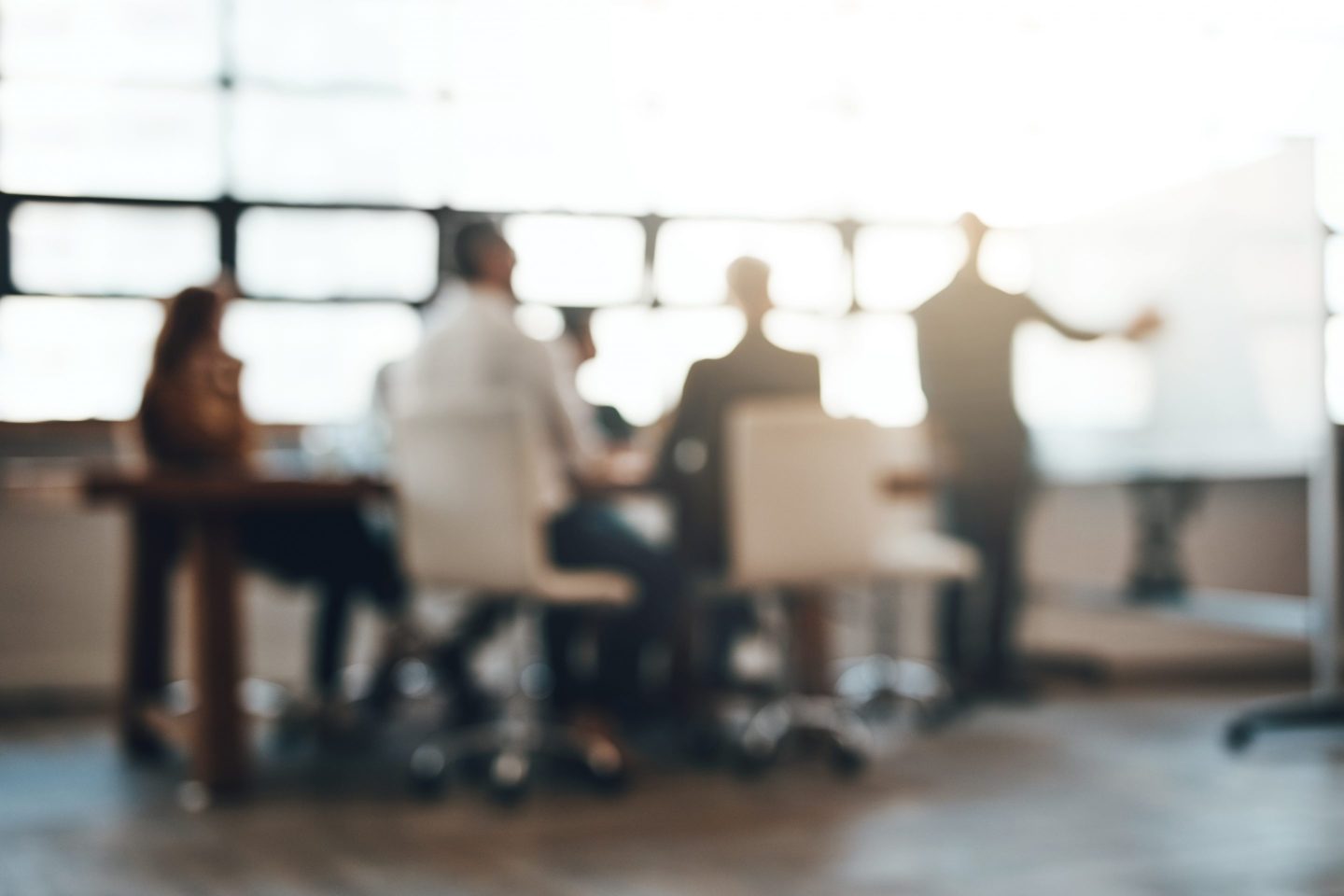 A new study found that male employees were promoted faster when they had a male manager.
Getty Images

Good morning, Broadsheet readers! A new ad targets Mary Barra, Amari Avery is a name you should know, and new research delves into workplace schmoozing and the gender gap. Make the most of your Tuesday!

– Ya schmooze some, ya lose some. As we try to better understand why men dominate the upper, higher-paying ranks of corporations, men’s workplace bonds with one another are a factor that frequently comes up. A new episode of NPR’s The Indicator drew my attention to recent research that dove into that topic and found that, yes, social interactions at the office are contributing to the gender gap.

“These differences were not accompanied by any differences in effort or performance, and they explain a third of the gender gap in promotions at this firm,” the authors wrote.

In the interview with NPR, Cullen underscored an interesting point: For this advantage to develop, face-to-face time between male employees and male manager was “pivotal.”

“If we were to look at the types of positions where male managers end up being at a distance from their employees, this kind of advantage doesn’t occur. So when there’s just physical separation we can shut down this male-to-male advantage and you’ll then see that female employees and male employees have similar career progression irrespective of the gender of their manager,” she said.

That suggests that a permanent shift to more remote work may go a long way to snuff out this phenomenon. “I think the remote positions we’re seeing today look a lot like the positions we studied in our paper where there’s reasons for this physical distance,” she said.

The study highlights the downside of workplace socialization, but the past year of remote or social-distanced work has—for many of us—underscored the value it can add to our lives, whether it’s frivolous chitchat or the foundations for deep, lifelong friendships. Cullen is sympathetic to that point.

“I totally agree that there are two sides of the coin when it comes to friendships at work both because it makes work both enjoyable and motivating and also tends to distort what we think of as the fair thing in the workplace,” she said. “[I]t’s important for workers in settings that are quite social to recognize that not everyone has access to the powerful individuals making decisions, and as a result, we might be overlooking some really talented folks.”

- Diverse media. On Sunday, a group of leaders of Black-owned media companies took out a full-page ad in the Detroit Free Press accusing General Motors CEO Mary Barra of refusing to meet with them or see through GM's promise to promote diversity, including via its advertising budget. "If you say status quo is OK, that’s wrong. That is racism," said signer Byron Allen, head of Allen Media Group. GM says the company has increased its "planned spending with both diverse-owned and diverse-dedicated media across our family of brands." Detroit Free Press

- RIP, Mama Sarah. Sarah Onyango Obama, the step-grandmother of former President Barack Obama, died at 99 on Monday. Known as "Mama Sarah," the matriarch was central to the President's exploration of his father's roots in his memoir Dreams from My Father. Kenyan President Uhuru Kenyatta called her death "a big blow to our nation." CNN

- Finance report. Fortune has a new newsletter called CFO Daily, bringing you the latest stories in corporate finance (you don't need to be a CFO to subscribe!). Author Sheryl Estrada launched the first issue with an interview with Amrita Ahuja, the CFO of Square. Ahuja says she sees Bitcoin and cryptocurrencies becoming more essential to the CFO job. Fortune

- Hole in one. The Augusta National Women's Amateur kicks off this week, and 17-year-old golfer Amari Avery could make history on the course. Often compared to Tiger Woods—her father, too, is very involved in her career—Avery may now be the first Black woman to competitively play Augusta. "I didn’t think that I would see any woman playing competitive golf at Augusta National, let alone a Black woman” says Renee Powell, the second Black woman to join the LPGA Tour in the 1960s. New York Times

- Business meets politics. In a lawsuit, Isabel dos Santos, the richest woman in Africa, "accused Angolan President Joao Lourenço of pursuing a 'personal vendetta' against her to destroy her business empire." Dos Santos is the daughter of former Angolan President José Eduardo dos Santos, and over his four-decade rule she dominated Angolan business. Since he left power in 2017, she has been "pursued in courts around the world" and seen her assets frozen. Lourenço didn't respond to request for comment. Financial Times

- International retail. Another company at the center of global vaccine rollout is Walmart. Judith McKenna, the CEO of Walmart International, talks about the mega-retailer's efforts to vaccinate populations around the world. The company just gave out its first vaccine in Canada, she says. Time

- Conflict of interest? Washington Post reporter Felicia Sonmez spoke out recently about the bind she was placed in at the paper: after she revealed her status as a survivor of sexual assault and spoke out about the issue, she was barred from covering any stories involving the topic to avoid the "appearance of a conflict of interest." Sonmez said the restriction often prevented her from effectively doing her job; the Post lifted the ban this week. Business Insider

What do you do the day after a miscarriage? The Cut

"The goal won’t be to look backward. The goal will be to try to implement practices and policies that prevent anything that might be uncovered from happening again."

-Alondra Nelson, deputy director for science and society at the White House Office of Science and Technology Policy, explaining why the Biden administration is investigating "Trump-era political interference in science across the government"